When the concept was there for the story and the storytelling we started looking into technology available to shoot it. Soon enough we came to realization that there was none. So we sat down with the brilliant Russian engineers Ivan and Tatiana Sirotenko and decided to make it happen creating technology from scratch.

IC-Cam is a truly unique VR 360 camera: it has 21 lens and it is lightweight and head-mounted, delivers incredible quality of native 3D and also has a 3-axis stabilization system which guarantees audience comfort no matter how intense the motion in the scene gets. I don’t think there is a comparable solution available for VR 3D POV filming today and there was definitely none when we started filming. 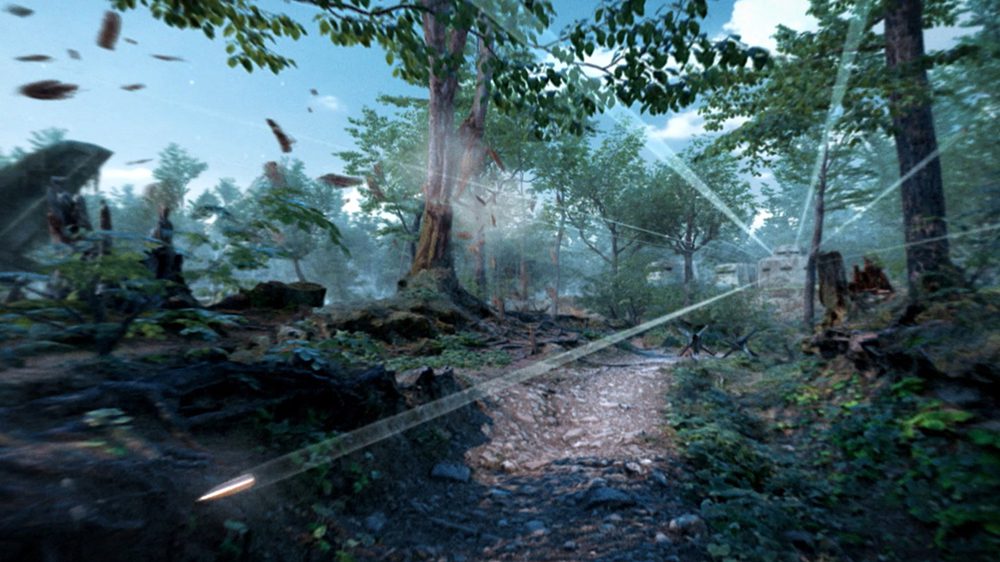 Agent Emerson explores some pretty interesting and meta concepts of agency, control, and the consequences that result from limited viewer control in 360 films. Was this idea at the core of the project from the start, or did it evolve throughout the production?

As the great filmmaker Orson Welles once said: “The absence of limitations is the enemy of art”. So stepping into developing Agent Emerson I was fully aware of the lack of interactivity in 360 video and the consequences in terms of agency. That is why from the very beginning the story was built around that limitation, turning it into the core plot component. David Emerson has no control over his body and neither does the audience – they are in the same boat. The whole story revolves around the theme of control.

Sense of agency is one of the core elements of VR storytelling. No matter what the story is, Virtual Reality is ALWAYS happening from the first person prospective: YOU, the audience are in a virtual world.

What are your thoughts regarding the state of VR filmmaking, and what would you like to see develop in the world of VR to better enable you to create more groundbreaking and immersive experiences?

We are just beginning a wonderful journey. VR headsets are becoming more and more accessible, user-friendly and higher quality – the new Vive lineup being a testament to that. And today content is becoming a force which should be actively pushing this medium forward.

Today, a lot of VR content is focused on gaming, which is great – gamers are fantastic early adopters. But the potential of Virtual Reality is so much bigger than gaming!

As a storytelling medium, VR is incredibly young and is evolving at an incredible pace. In the first days, most of filmed content were just regular films shot on VR cameras. Today, a lot of VR films are very experimental, finding creative ways of working around the technological challenges. And while incredibly imaginative – a lot of them struggle at connecting with wide audiences.

When you buy a movie ticket, you know what to expect: ~2 hours of looking at a screen, being entertained and emotionally engaged. When it comes to VR, there are not many standards yet. Audience doesn’t know what to expect – and that has to change. Standards need to be set, and new formats need to be established. Formats exclusive to virtual reality.