After the Fall Brings Four-Player Co-Op Zombie Survival to Viveport this Summer | Blogdot.tv 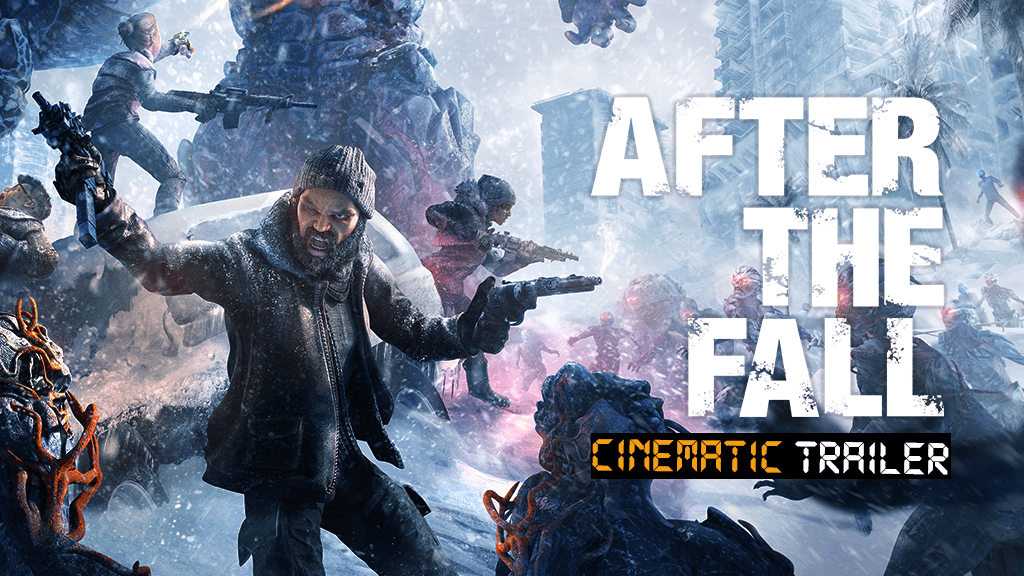 Vertigo Games — the team that gave us Arizona Sunshine — have been hard at work on their next big game. After the Fall pits you and your friends in 4-player co-op against a post-apocalyptic VR world in a raging fight for survival. And it arrives on Viveport this Summer.

Imagine if Left 4 Dead and John Carpenter’s The Thing got epically spliced together into a VR game and you’ve essentially got After the Fall. 80s themed? Check. Hordes of grotesque monsters for you and your friends to blow away? Check. An arsenal of cool weapons to play with? Oh yeah.

To celebrate, feast your eyes on an all-new cinematic trailer that introduces the game’s four heroes. We join the team after they’ve left the safety of their underground hideout. A never-ending blizzard has turned Los Angeles into a frozen wasteland and is overrun with the snowbreed, a new breed of undead that prowl this new tundra of the west coast.

It’s been 20 years since the snowbreed conquered the world’s cities, collapsing civilization in the 1980s. These monstrosities are now freely roaming the frozen, 80s-influenced ruins of the City of Angels–the place our four heroes call home.

Although snowbreed classify as undead, they’re not mindless walking corpses. They’re ferocious and hunt in packs – just waiting to strike in big numbers. As you and your friends try to keep cool fighting off huge hordes, you’ll soon notice the more twisted types, from gigantic monstrosities equipped with fists of ice to decapitators that grab you by the neck to pull you off the ground. You’re going to need to stick together to make it out alive.

Stay tuned because all new gameplay videos will drop in the next few weeks and showing off what to expect when you venture out into the frozen urban wasteland of After the Fall.

Stay up to date on the Viveport blog with the latest and greatest of VR and also be sure to head over to After the Fall’s Twitter and Facebook channels and sign up for the newsletter on www.afterthefall-vr.com.