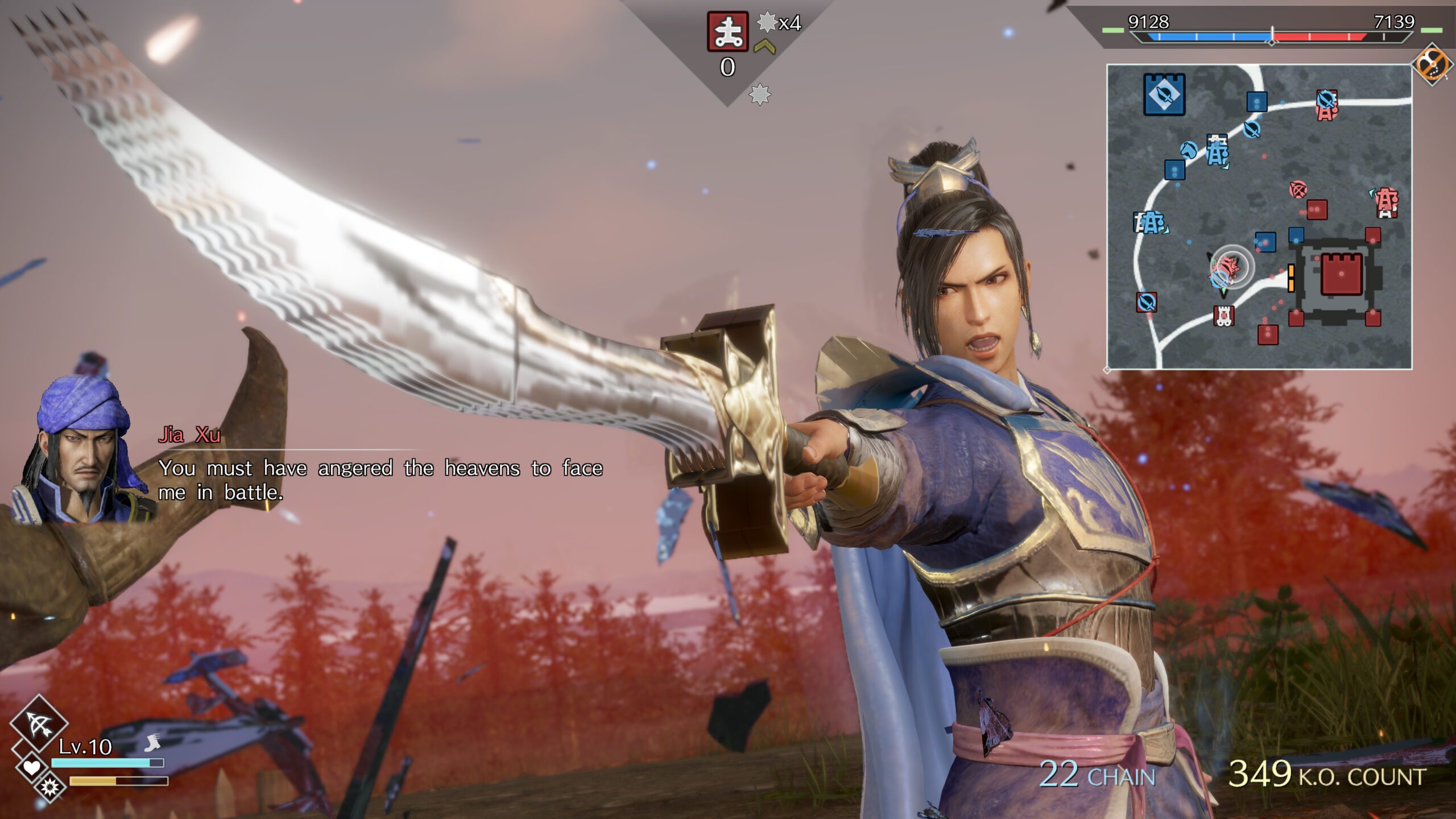 While the Dynasty Warriors franchise is known for its electrifying 1 vs. 1,000 musou action, Dynasty Warriors 9 Empires adds some more strategic and tactical elements to the gameplay, forcing gamers to not only outfight their enemies, but to outthink them on the battlefield. And while the full game launches February 15, the free demo is available for everyone to download right now on both the PlayStation 5 and PlayStation 4!

I’m excited for fans in the West to finally get a chance to play Empires and experience the thrill of the evolved castle sieges we’ve added to the gameplay. We’ve been working hard on this title the past few years, so to make sure everyone gets the most out of the demo, I wanted to take the time to breakdown what you can expect, as well as provide some quick combat tips to help your training.

The demo features both Invasion Battles, where you must capture enemy castles, and Defensive Battles, where you must defend your castle from invaders. But watch out, the Castle Sieges in this demo are set to a higher difficulty level than in the final version of the game (where you can set the difficulty to your liking), so there is definitely a learning curve, whether you’re on the offensive or defensive side of the attack. Don’t worry, though, as we’ve included tutorials throughout the demo to help every virtual warlord out there come to grips with the new features as quickly as possible.

Speaking of warlords, the demo stages can be played with a selection of familiar officers from the Dynasty Warriors series or with a Custom Officer of your own creation! Edit Mode, a staple part of the Empires entries, will allow you to create your own officer, with a wide range of in-depth customisation options available. Custom Officers that are made in this demo can be carried over to the full game at launch, so I hope you enjoy creating your dream characters and taking them into battle. Whether you’re creating a historical figure, a celebrity, or even just yourself, I am certainly excited to see what creations the community comes up with and can’t wait for everyone to share pictures of their favorite officers on social media.

But before you storm Twitter with pics, it’s time to storm the battlefield! To help in your first attack, check out these helpful hints …

Catapult Bases will be set up across the battlefield, and it’s important to seize these locations as soon as possible. These bases will automatically attack the other enemy bases on the map, so prioritizing their acquisition will give you an advantage at overthrowing opposing forces.

Make the most of the Accompany and Secret Plan abilities in battle. Approaching an allied officer on the battlefield and selecting the Accompany command from the D-Pad will make your Military Unit change to the accompanying officer’s. They will also come equipped with their own Secret Plans that you can take advantage of, such as the ranged Incinerate attack (fire!) or the Make Camp ability (which recovers health). When battling enemy officers, be sure to use an accompanying unit with an advantageous Army Affinity to put the odds in your favor. Each unit type has its strengths and weaknesses (Infantry > Cavalry > Archer > Infantry), so make sure to keep this in mind.

I know it might sound stupid to say, but some people just need to hear it: Try not to attack an enemy base with a high concentration of enemy forces! Not only will the area take much longer to capture, but it will also negatively affect other battle situations as allied bases might be overrun behind your back. Instead, focus on attacking areas with weaker enemy military strength, and controlling more of the battlefield. This will help flip the battle situation in your favor, which is key to victory.

So there you have it. Time to storm the castle and see what you’re made of. These tips, alongside the in-game tutorial, should give you everything you need to become a powerful force out on the battlefield. Remember, in Empires, it’s not just about being faster with the sword, as you’ll have to implement sound strategy to ultimately be successful (although it never hurts to have a quick sword as well). That combination of might and mind is where you’ll find your place as the one true ruler of the land.