Spirotrope combines a Stirling engine, a Spirograph, and an Arduino | Blogdot.tv

Spirotrope combines a Stirling engine, a Spirograph, and an Arduino 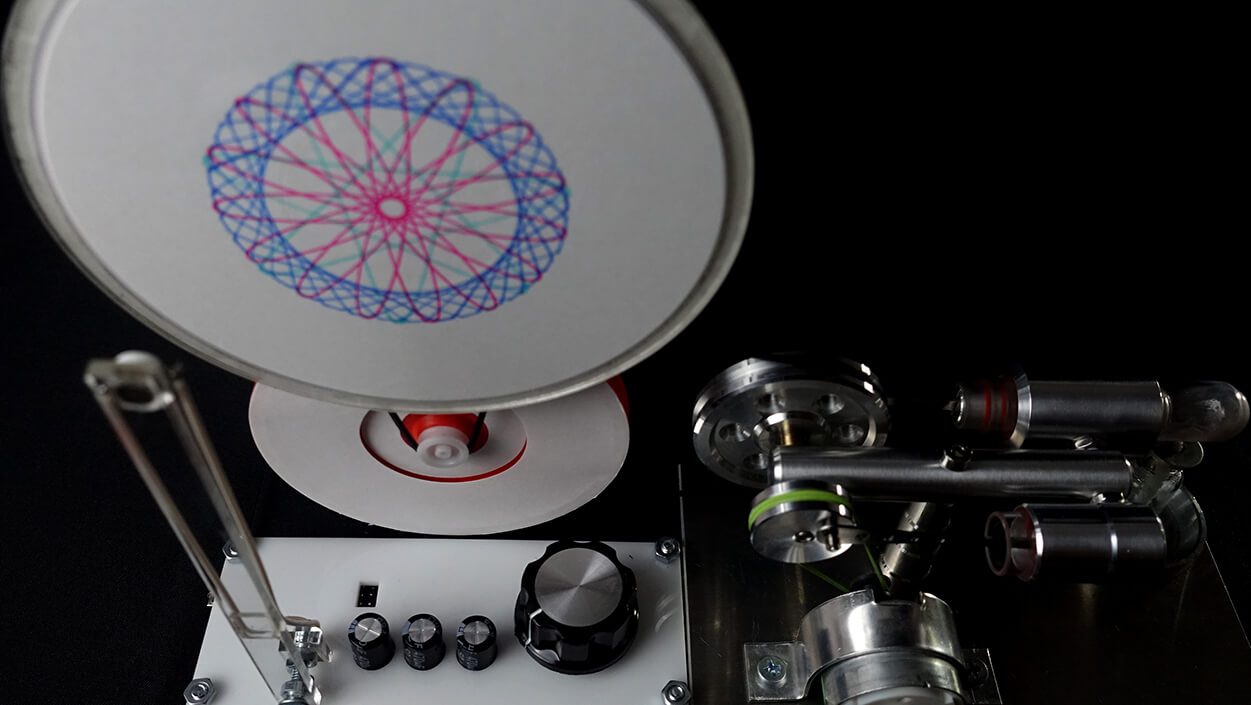 Witaya Junma decided to combine creations from three different time periods: a Spirograph (1965), Stirling engine (1816), and an Arduino board developed in the 2000s to form a unique art piece.

What he came up with is the Spirotrope, which invites users to draw a pattern using a Spirograph, then place it in a special holder that spins it with a Stirling engine. This engine also provides electrical power for the Arduino, allowing it to blink a light on the moving pattern at various rates.

These flashes make the drawings appear to rotate at different speeds, and several patterns can even appear to move independently, forming a unique layered effect.

Stirling engine is a heat engine that operates by expansion of hot air, which is created by an alcohol burner in this work. The engine does two jobs: it turns the wheel by giving power to the belt and generate AC currents by spinning the generators. The currents are then converted to DC by a 1N4001 diode and fed into a set of capacitors, which stabilize the currents before powering up the Arduino board. The board controls the frequency of LEDs, which can be controlled by turning the B10K potentiometer.

The blinking LED creates the illusion of moving patterns from a rapid succession of static images.

Be sure to check it out in the video below. More project details are available in his write-up and on Creative Applications.