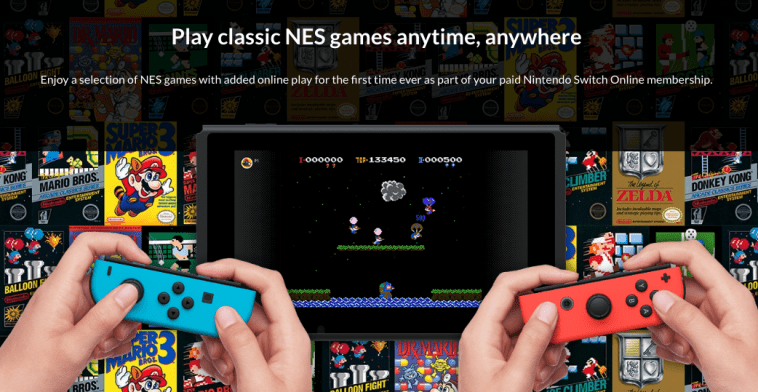 As promised, Nintendo has shared more details on the Nintendo Switch online subscription service, which is due to roll out in September. A post on Nintendo’s website explains that the service will offer „Save Data Cloud“ backup, which sounds a lot like cloud saves.

This is great news, as it means you don’t have to worry about losing progress. Cloud saves are available with Xbox Live Gold and PlayStation Plus as well, along with Steam and others.

Additionally, you’ll get access to a library of 20 NES games at launch, and more will be added „regularly,“ Nintendo says. The launch titles include the 10 listed below–including Super Mario Bros. and The Legend of Zelda–and 10 more to be announced later.

According to Nintendo, „every classic game“ in the NES catalog will have some form of online functionality. „You can compete (or cooperate) online with friends, share your screen, or pass the controller, depending on the game,“ Nintendo said. Additionally, using a dedicated app for the Switch online service, you can use voice chat.

The Switch’s paid membership program was originally supposed to launch in late 2017 before Nintendo delayed it to 2018. Subscriptions will be available for 1 month ($4), 3 months ($8), and 12 months ($20). Additionally, a Family Membership will be available for $35. The family plan allows a Nintendo Account holder to „invite up to seven others to join a family group,“ and every member of the group will have access to the online membership benefits.

By comparison, Xbox Live Gold and PlayStation Plus cost $60/year.

Since launch, online play for all Switch games has been free. That will change in September when the paid service rolls out. At that time, you will need a membership to play Splatoon 2, Arms, Mario Kart 8 Deluxe, Mario Tennis Aces, and Sushi Striker: The Way of Sushido online. Other games may or may not require a membership, Nintendo said. Nintendo will share more details at a later date about how you will know if a game requires a paid membership or not.

Here are some other important details about the Nintendo Switch online membership, as pulled from a FAQ on Nintendo’s website:

In other Nintendo news, the company has announced the date and time of its E3 2018 briefing, while it’s also confirmed that the new Smash Bros. for Switch is playable on the show floor.