If Not GTA 6, What Do You Want Rockstar’s Next Game To Be? | Blogdot.tv 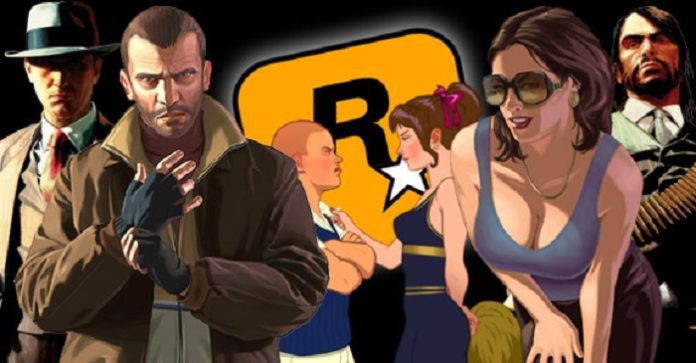 With rumors swirling in all directions for years regarding projects, one of which was always the now very real Red Dead Redemption 2, We thought it would be fun to speculate on what might come next from one of the industry’s titans. With the seemingly safe assumption that GTA VI is next in line three or four years from now, what comes after that? Here are our best guesses, ranked according to likelihood.

Among the most prominent games the label has put out as in-house works, these two come to mind as the types that are definitely done. GTA has, at this point, built into it a racing suite more interesting than a strict racing game like Midnight Club could ever do on its own. It doesn’t feel like Rockstar would want to make a game in the genre post-GTA V.

After taking over the full project from Remedy for Max Payne 3, they seemed to tell the anti-hero’s farewell story. Playing Max Payne 3 felt like they had wrapped it all up as a neat and tidy trilogy. Could they bring the series back for more? Possibly. Max would be even older than he already was, but in a series where someone that drunk and high can shoot guns that well, we guess they’re not too concerned with realism.

Do you remember Agent? You’d be forgiven if not. The game has a long and speculative history. First titled as early as 2003, the game was at one point due out for PS2 and Xbox. It then went totally quiet until 2007 when Sony revealed that Rockstar was working on an exclusive for the PlayStation 3. Two years later, Agent was officially revealed as a Cold War-era spy thriller when Sam Houser himself, hardly seen at any E3 in recent years, took the stage to debut the title.

We are putting this one right in the middle of the likelihood rankings because we could really see it go either way. Maybe Agent morphs into something else (or maybe it already has), or maybe Rockstar decides to finally create one of several other games they’ve likely been sitting on for years. Parent company Take-Two seems to give them quite a long leash to choose their own adventure, and with that freedom maybe there need not be a sequel at all, but a totally new IP that may become the next big franchise.

After RDR2 was finally unveiled, many began speculating that Bully would (or at least should) be next in line for the long-awaited sequel treatment. While Red Dead fans had to wait eight years between titles, 2019 will mark 13 years since Bully released, and there certainly won’t be a Bully 2 in 2019, if there ever is one at all, which means they’ll be waiting for even longer than that. A new Bully with modern technology could be a lot of fun for Rockstar and for players. Rethinking the elements of the school day, playing hooky and skateboarding across town, dodging hall monitors and teachers, just generally being a juvenile delinquent, it all has the air of something with which Rockstar could do awesome things.

Of course, there is one title that fits the bill better than even Bully, and that’s L.A. Noire. Not only does it have the sandbox, open-world layout to its advantage, something which we believe is of great importance to Rockstar right now, but it has another clear trend in its favor as well. What do Max Payne and L.A. Noire have in common? We’ll give you a minute to guess.