Xbox vs PlayStation: Which Does America Love More? | Blogdot.tv 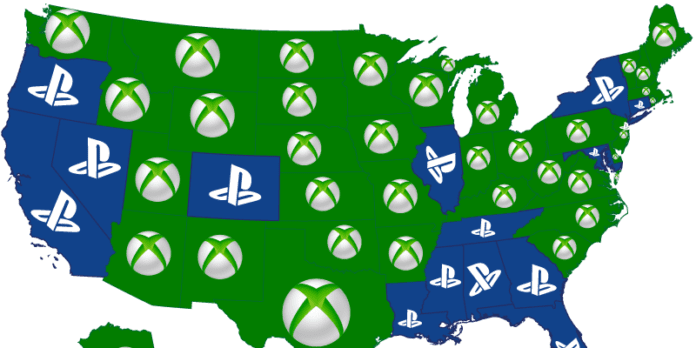 The dispute over consoles came to a head in November 2013, when the PS4 and Xbox One were unveiled to the world, just seven days apart.

PS4 might be killing it with worldwide sales, but what’s the situation at home? Using Google Search Data, the website Decluttr.com looked at which states searched the most for which console: PS4 or Xbox One. 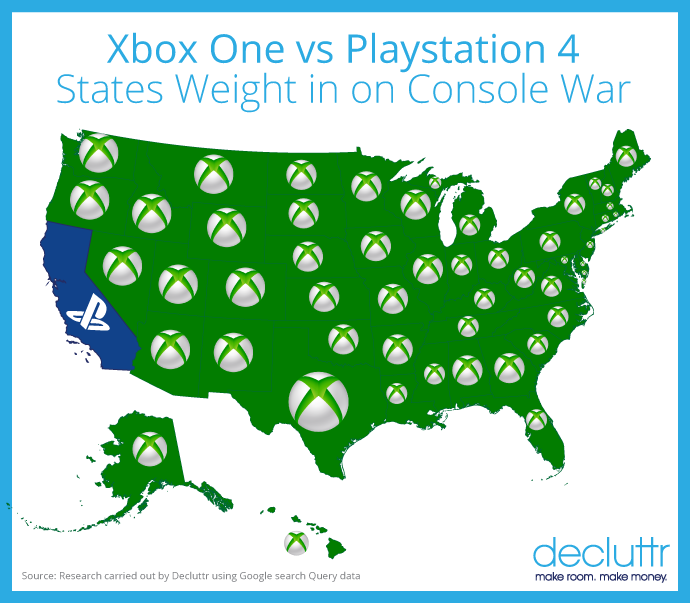 Surprisingly, it turns out we aren’t as torn on our gaming searches as our politics, with the US-made Xbox One topping the list in every state. That’s aside from one very important state in the gaming and tech world.

Home to Silicon Valley, California is the spiritual home of technology. It seems Californians are all about their PS4. Is there something developers and tech pioneers know that we don’t? Are Apple, Google and Tesla employees deliberately choosing a console that won’t see money going into Microsoft pockets?

Decluttr.com also investigated which brand is the most popular overall.

Launched in December 1994, PlayStation had an almost seven year advantage to become the favorite gaming brand.

However, despite being launched in November 2001, our research suggests Xbox is still the most popular in the US, with PlayStation topping the searches in just 15 of the 50 states. 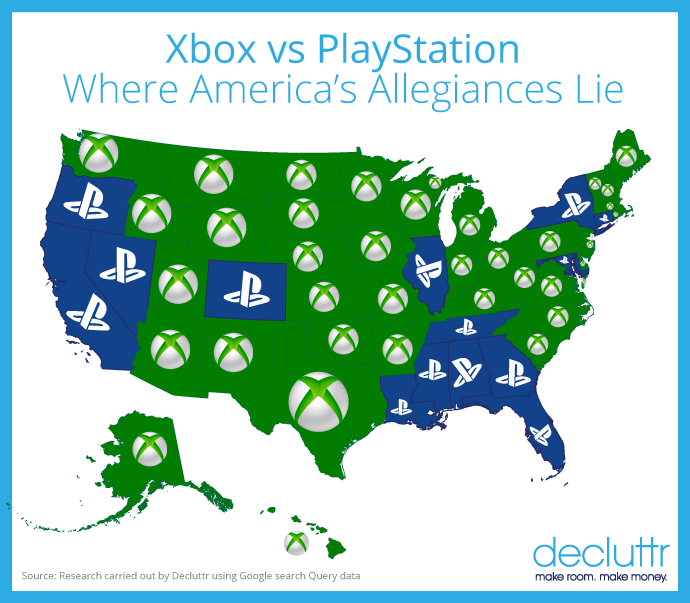 Interestingly it seems PlayStation terms are searched more in certain areas, such as the West Coast, topping the polls in California, Oregon and Nevada. Which is a similar story in the South East states such as Florida, Louisiana, Mississippi, Alabama, Georgia and Tennessee.

It also topped the polls in metropolitan cities New York and Washington, whereas Xbox dominated the searches across the majority of the east and Central America.

So there it is America.