Bully 2 will be Rockstar’s next game after Red Dead Redemption 2, before GTA 6? | Blogdot.tv 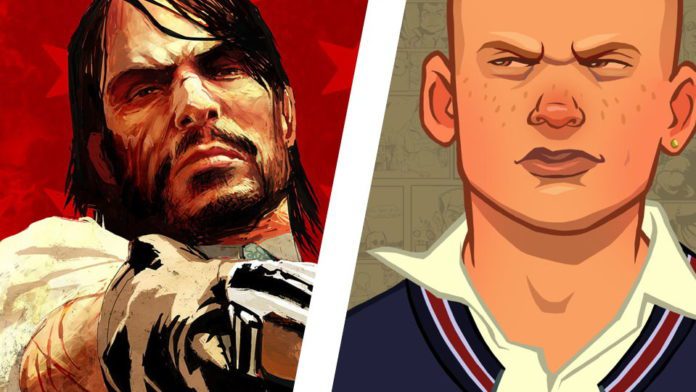 According to recent reports, Bully 2 might be Rockstar Games next release on PS4 and Xbox One.

While the famous Rockstar studios are currently busy with the launch of Red Dead Redemption 2, their next major single-player launch may have been leaked.

Internet sleuths have found evidence that suggests Rockstar may be in the middle of the development of a Bully sequel.

This stems from reports regarding casting calls being made for a new AAA game.

Request for a “new unannounced video game title with a leading UK games developer, shooting at Pinewood Studios,” have been making the rounds.

And they have been linked to a new Bully game; a follow up to the hit PS2 title from Rockstar Games.

The casting calls are reportedly looking for people to fill young roles, none of which have been given full character names.

Details of the roles include: “Mild violence and profanity will be used in scenes with the young performer.

“The project itself is a thriller/drama, and all scenes with the young performer will be handled with sensitivity.”

There have also been calls for actors to fill College Professor roles, narrowing down the idea that this could be for Bully 2.

So fans will have to take this latest report with a big pinch of salt as there is no guarantee it couldn’t be for something else.

The evidence does stack up with earlier rumours that Bully 2 was in development at Rockstar Games.

There have been concept art leaks linked to a Bully 2 game, although Rockstar themselves have remained tight-lipped on the subject.

A leaker connected with GTA Online also revealed that Bully 2 was in development and will be the next big release, following the launch of Red Dead Redemption 2.

This appeared online earlier this year and comes from a noteworthy Rockstar insider.

Yan2295 posted the news on a popular Rockstar forum, adding: “Bully 2 is indeed in development and is supposed to be the next game after RDR2.”

It certainly sounds like Bully 2, not GTA 6, will be the next game arriving from Rockstar.

The usual five-year cycle between Grand Theft Auto games has been broken, with Rockstar launching RDR2 in 2018. It certainly seems like the overwhelming success of GTA Online came even as a bit of a surprise to the studio.

Red Dead Redemption 2 was announced in October 2016 and has taken an extra two years to hit shelves.

Rockstar said at the time that the game required further polish, but some analysts believe it also has something to do with the game’s online mode.

Red Dead Online looks set to play a major in the new game’s success and will arrive in beta form in November 2018.

But if it proves to be anything like as successful as GTA Online, could fans wanting GTA 6 be left waiting a longer period of time?

There’s no doubt that GTA Online continues to prove a massive success, with the base game still selling well.

And if Bully 2 will be in the frame and taking up development room, there’s a chance that GTA 6 won’t be announced for some time.