Hello, I’m Marco from Studio Evil, the creative director for Super Cane Magic Zero. I’m super excited to announce that our game will be released on PS4 tomorrow. Super Cane Magic Zero is a comedy action-RPG featuring a couch co-op Campaign Mode and a competitive Arena Mode, both supporting up to four local players.

Today I’m not going to tell you about “classic” dungeon crawling stuff like battling monsters, pulling levers and getting wrecked by traps. No, I’m here to talk about one of the weirdest mechanics we have in our game: eating.

Okay, okay, wait a second… I know you can eat stuff in other games, but this time is different! In Super Cane Magic Zero, items can be picked up and thrown at enemies as a projectile or… eaten. You will find watermelons, sausages, lightbulbs, lava cakes, rocks, explosives and other delicacies, and you’ll have to decide if you are in need of a weapon or a meal. 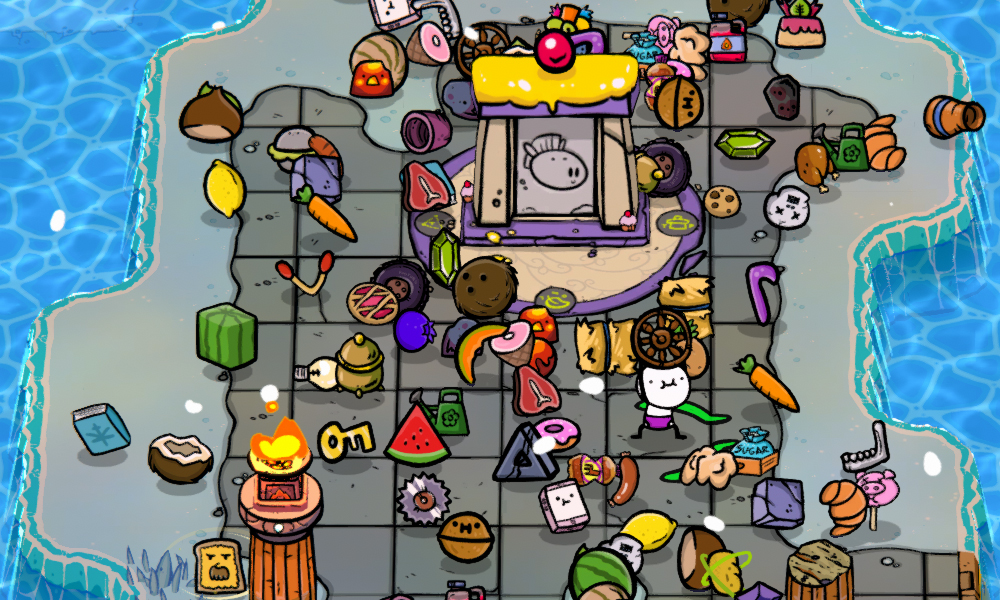 The game features more than 180 different “throwables.” Experiment by throwing or eating everything that is not nailed to the ground, and you will learn what each item can do for you. Let me walk you through the basics.

Not everything you eat is healthy — some items will harm you and others replenish your health. How do you know what’s good for you? You’ll notice that the eating animation slightly changes depending on how it affects your character.

Regardless of the good or bad nature of the items you eat, most of them will grant you “diet perks.” Diet perks last until you lose a life, complete a level, or until you eat too much and “digest” your upgrades. If you get more than two diet perks at the same time, your character will burp and lose all the perks gained from eating. 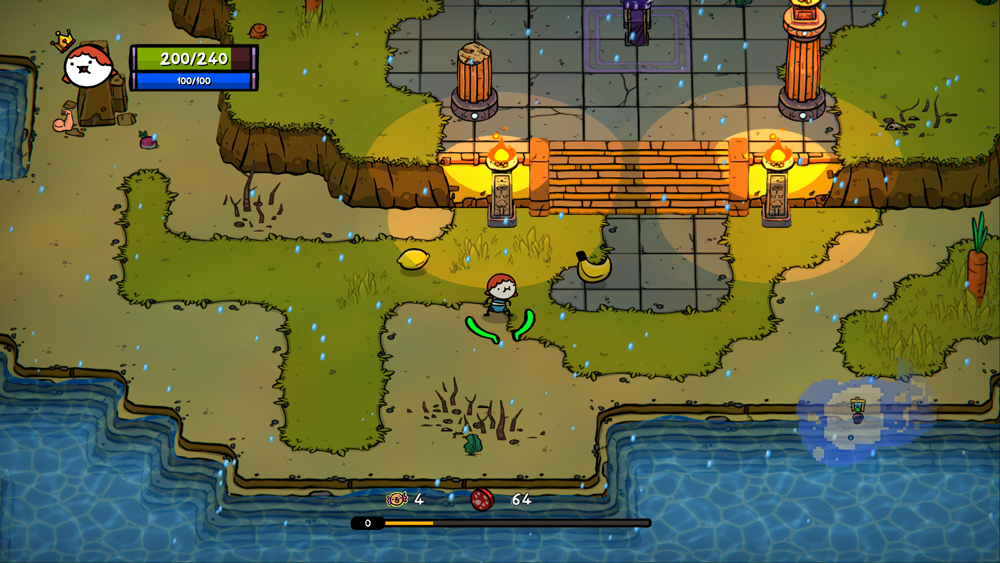 Of course there are exceptions to this rule: some special diet perks will stack with others without causing “digestion.”

Diet perks, unknown to most

This is a list of some common types of food and their “diet perks”:

Potions lessons doesn’t take place in the Dungeons this time

Potions are another very important addition to your dietary arsenal, as their powerful buffs will stack with each other and with regular diet perks. Just make sure not to waste any time, because potion perks will only last 180 seconds.

Let’s see a few of the major potion types and the effects they provide:

Wanna try an even more unusual snack? Select a different character before jumping into a new level or improve your digestive techniques by spending a few points on the right Belief Trees.

Each of the 15+ playable characters has its own dietary needs — sometimes quite unusual.
For example, the (in)famous Dr. Buttdog believes in the marvels of science and he can feed on circuits and other electronics, while Dr. Bones, the skinny undead, is in fact dead so he can eat anything he likes and not being harmed! But none can beat the wide-mouthed and demonic Evilio, who can even swallow enemies and allies whole in one go.

Some characters also have powerful abilities related to eating. Take for example Mary Jane J J: when she eats something healthy she regains health, but also heals her allies!

The power of eating is important even when you are playing arena mode against your friends. In addition to the obvious “regain health” thing (in arena mode, you get much more health than normal), some edible items define the gameplay in their specific arena.

“Longthrow” potions in the Lava-Donut Factory max out your throwing capabilities, enabling ridiculous long-range battles, whereas the shield potion in the Insta-Friends Arena makes you temporarily immune to all non-explosive damage. This is an outstanding feature against the insta-kill staff pickable by any player at the center of the arena. 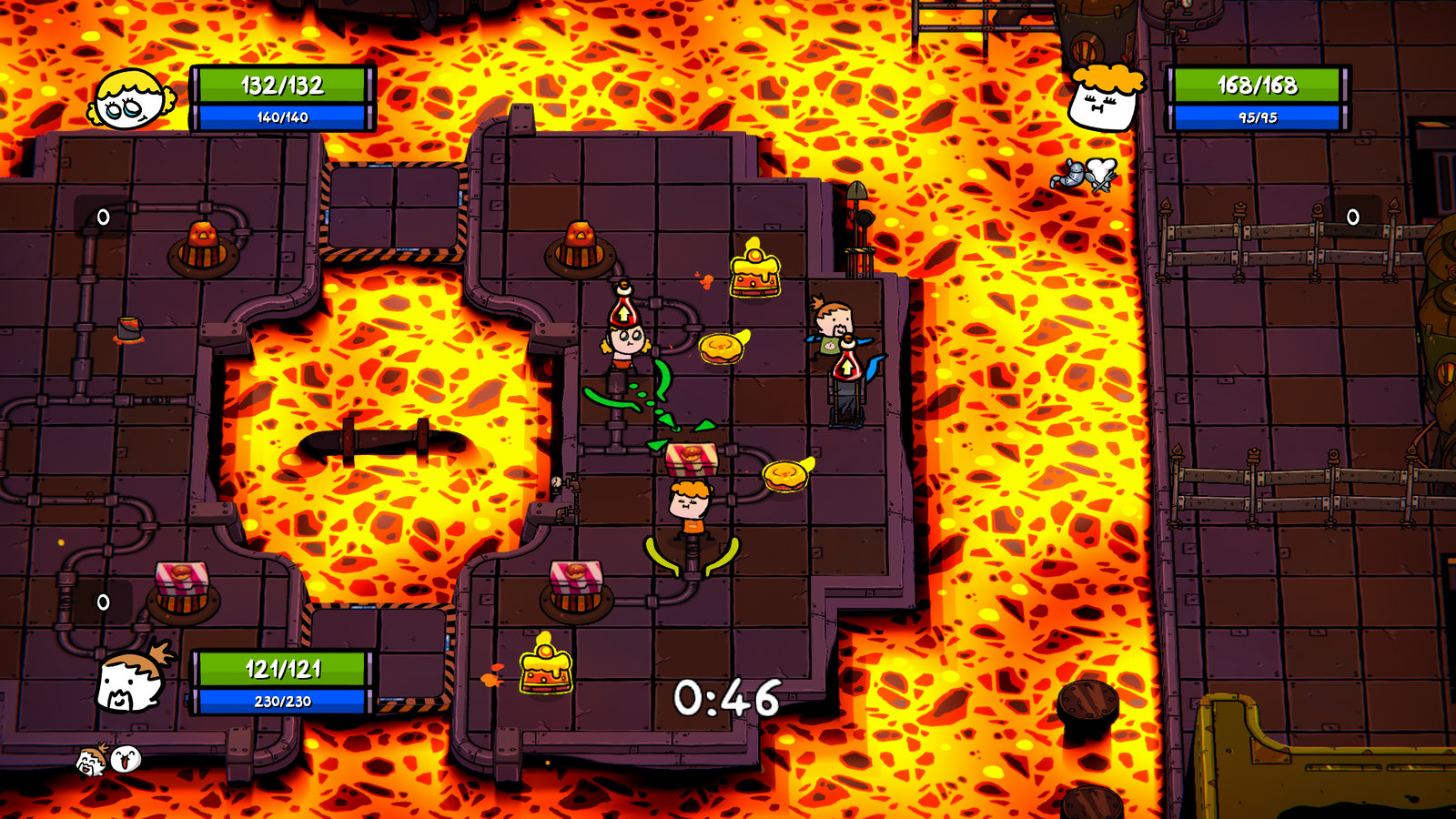 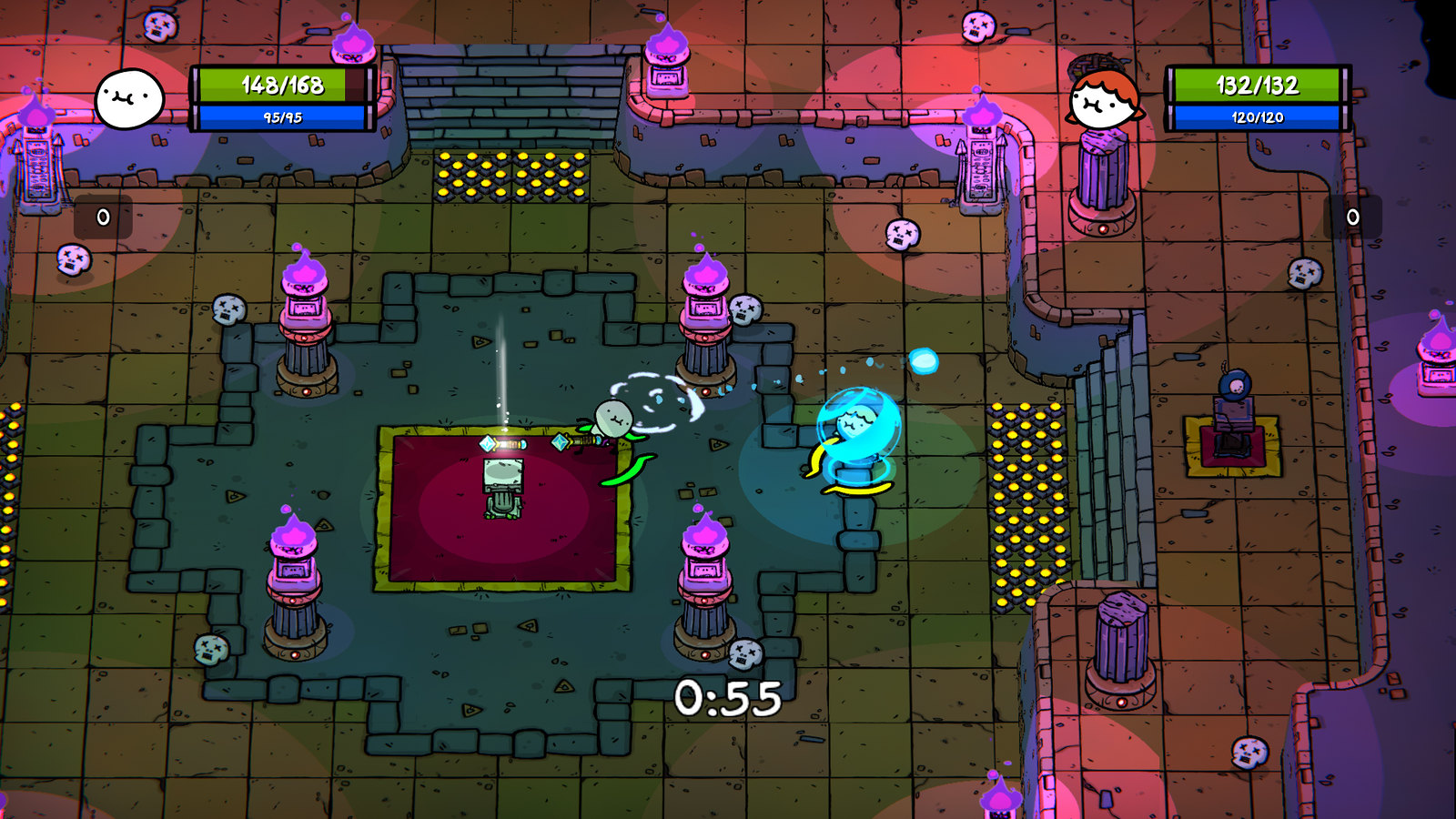 Last but not least, the “Magic Frozen Jelly” in the Brainfreeze Arena. Its gelatinous core makes you incredibly powerful, boosting both attack and speed. 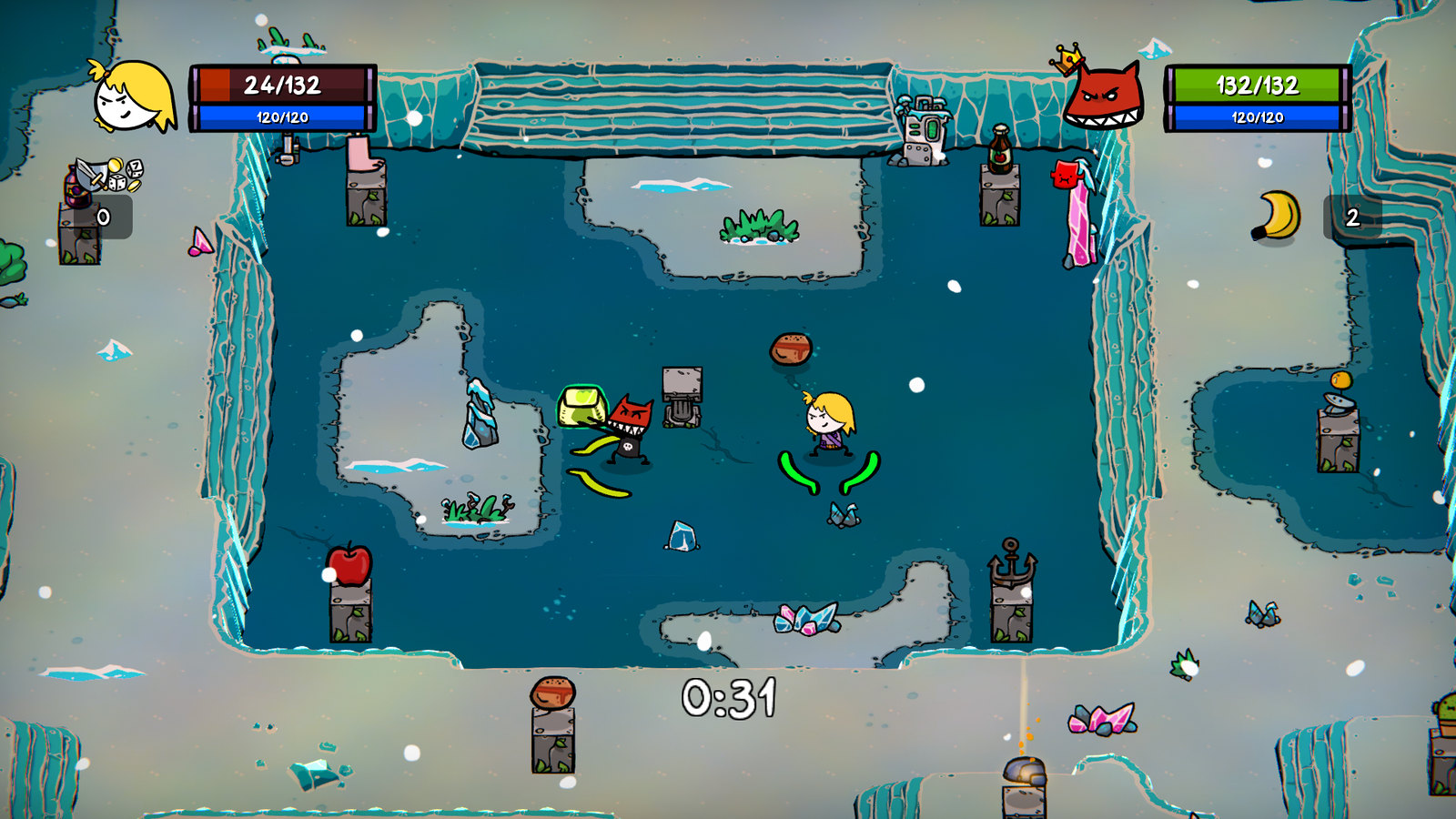 I hope you enjoyed our tour of the food specialties of the planetoid WOTF! See you in the plains of Minestronya, and don’t eat the bombs!