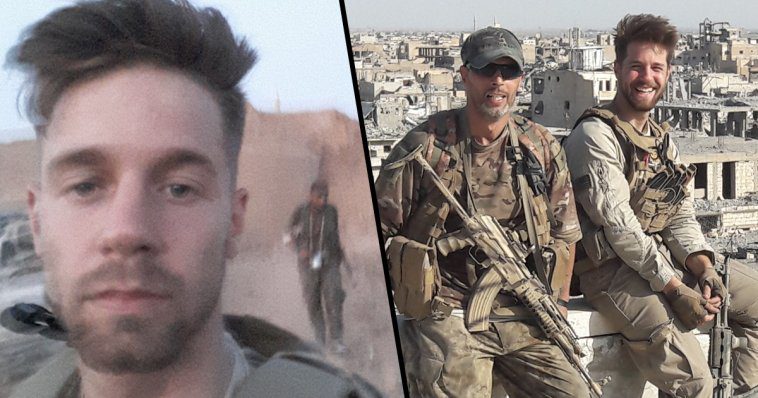 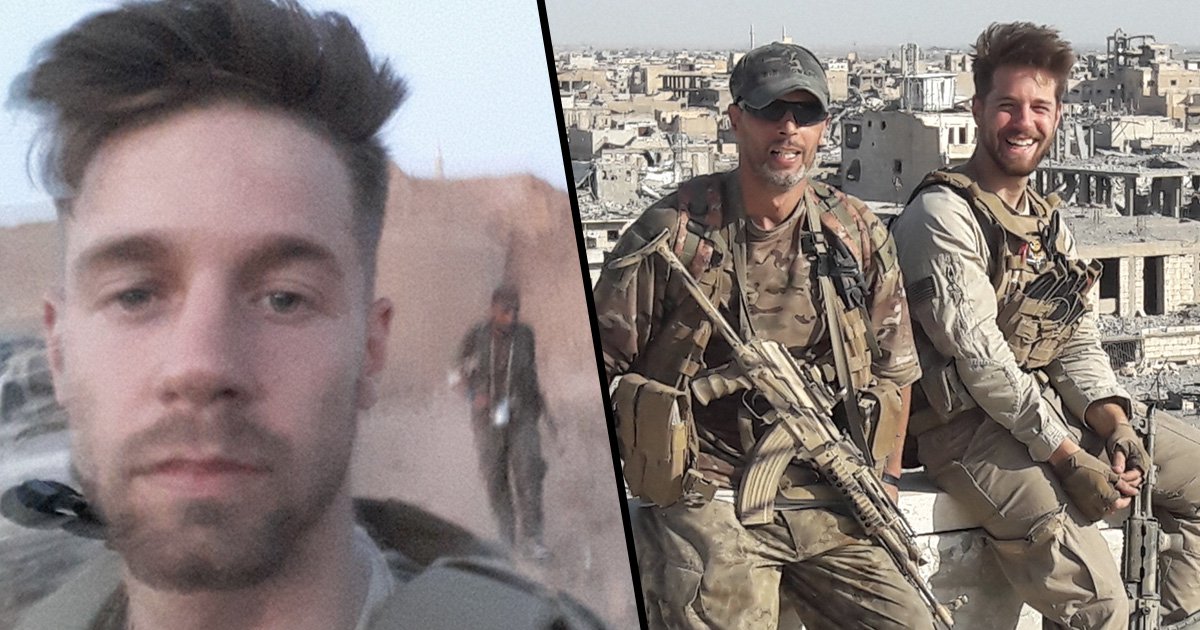 A 24-year-old who quit his job, sold his car and travelled to Syria to fight ISIS has said his time spent playing Call of Duty is to thank for his combat skills.

John Duttenhofer says playing first-person shooter games for up to 13 hours a day gave him an understanding of weapons and taught him the basic combat skills which he then used in real life.

The 24-year-old traveled to Syria in April to take up arms with the Kurds after ditching his job in customer service at a software company.

He spent six months fighting ISIS in Raqqa alongside the Kurdish People’s Protection Units, or YPG, during which time the city was liberated.

John decided to return to the US after suffering the loss of his close friend Jac Holmes, 24, a British IT worker who was killed in an explosion last October.

Speaking for the first time since he returned to Colorado on Monday, he told how he whiled away his days playing Dungeons and Dragons, reading and chatting.

By night, he went deep into the city with an AK-47 alongside a sniper unit of Kurdish soldiers as they occupied empty buildings and shot at ISIS fighters in a bid to advance.

John said that war reenactment games like Call of Duty taught him practical skills which he used to survive and meant he was already familiar with weapons.

I decided to go to Syria after I saw reports about what ISIS were doing.

I thought it was pretty f*cked up.

My mom tried to persuade me to stay but she knew that fighting me would just make me go more rushed and unprepared.

When I told one of my best friends he was just like, ‘Hell yeah, go do it,’ and said it sounded amazing.

On one hand, I selfishly wanted to fight ISIS. On the other I wanted to be a part of something that was historical and groundbreaking.

I wasn’t scared of dying or anything like that.

Video games prepared me in a way for knowing strategies and how not to get killed, like how to use cover and not to stand in the open.

John revealed that he would spend up to 13 hours a day playing video games ‘like it was nothing’. Of course, he’s well aware that a video game is nothing like real life situations.

I don’t think you can really draw a comparison between the mental state of mind of playing a game and going out and potentially losing your life.

In a game you will get shot and you quickly learn if you are killed, but in real life you just die.

John decided to go to Syria at the end of 2015 after reading about atrocities committed by fighters from the so-called Islamic State and the fight for Raqqa.

He sold his car, saved $7,000, got fit by cycling to work and bought binoculars, weapon slings, AK-47 magazines and chapstick on Amazon before setting off on April 23, 2017.

John is now back at home with his parents and trying to adapt back in to ‘normal’ life.

If you have a story you want to tell, send it to UNILAD via [email protected]