We knew going in that Bethesda’s E3 keynote would not have big reveals — and no, there was no footage from The Elder Scrolls 6 or Starfield. The company’s presser did feature a handful of notable game updates and expansions, a couple new title reveals, and the much-anticipated reveal of new gameplay from Doom Eternal, including a Slayer-on-Demon multiplayer offering called Battlemode.

Bethesda took a big swing with Fallout 76, which launched in November 2018, with Executive Producer Todd Howard acknowledging the criticism that their title had some difficulties at launch. 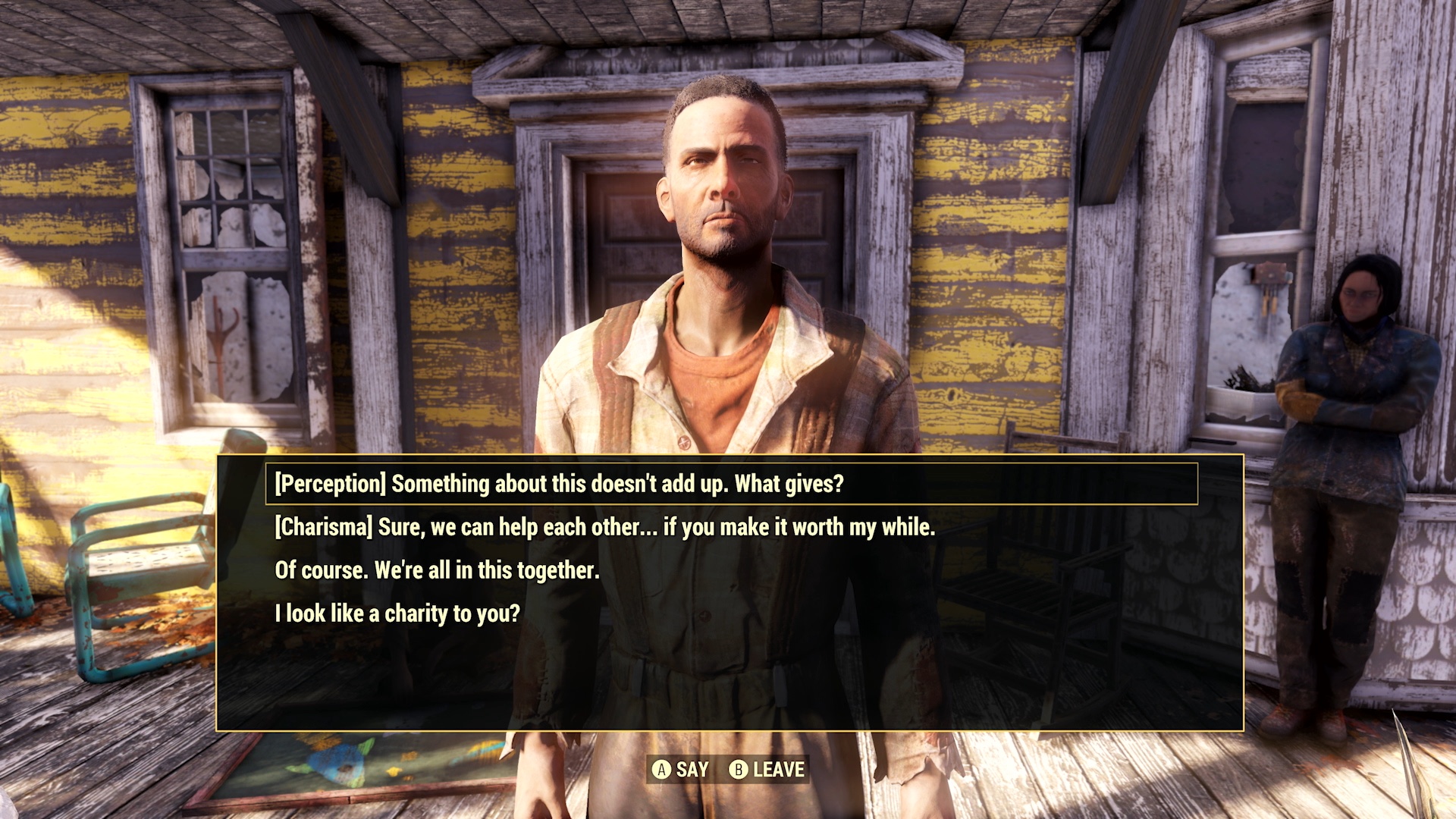 The new expansion, Wastelanders, will address some of that criticism and “fundamentally change the game” by bringing human NPCs and classic Fallout dialogue trees — including attribute-based options — to the game. The story features people migrating back into Appalachia some time after the opening of Vault 76, and dealing, in ways good and bad, with all the Vault dwellers now living in the region.

And battle royale comes to Fallout 76 thanks to the new Nuclear Winter mode, complete with a Fortnite-inspired nuclear firestorm that closes in on players. There’s a leadership vacuum at Vault 51, and the computer system there invites up to 52 players to compete in all-out warfare to earn the Overseer title. All the main Fallout ingredients are there, from CAMPs to Scorchbeasts, perk cards and nukes, with new perks and a new rank structure. 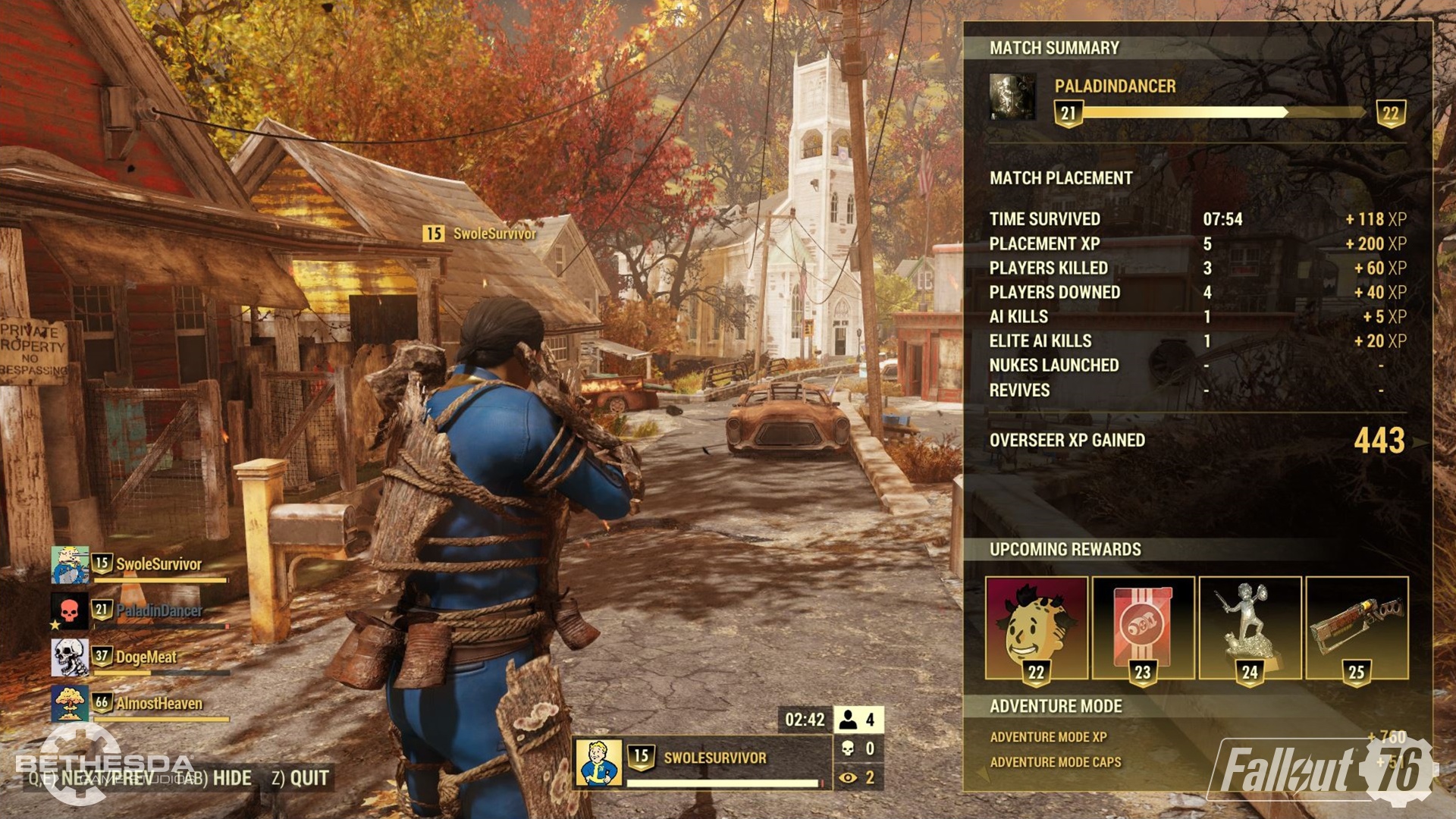 Wastelanders and Nuclear Winter arrive in Fall 2019, but from June 10-17 both modes are free to play on Xbox One as part of a week-long sneak peek.

The Rise of the Ghosts expansion will augment your Rage 2 experience with new cheat codes, a pilotable mech, and two new vehicles: the skull motorcycle, and a brutal but fast grinding machine called the Armadillo. You’ll also fight a new sand worm, enjoy some new weapons and abilities — all as part of Bethesda’s commitment to offering new content for Rage 2 on a weekly basis. 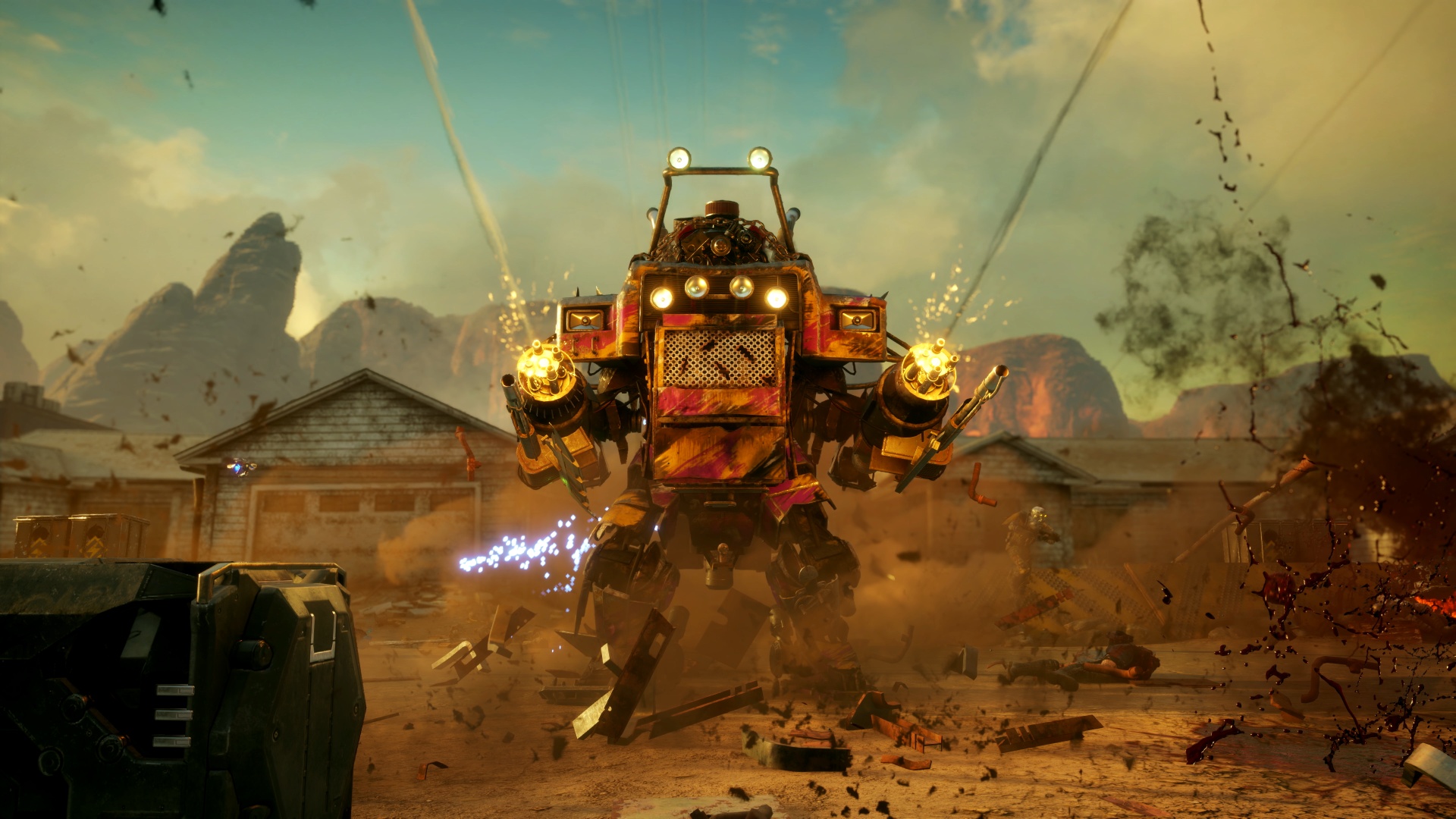 For The Elder Scrolls Online, Matt Firor introduced Dragonhold, the November 2019 expansion release, which will finish off the story begun in the current chapter, Elsweyr. Dragonhold features a new zone, Pellitine, in Southern Elsweyr, and features the return of Sai Sahan, who is busy battling dragons. And there’ll be a smaller DLC pack, Scalebreaker, to bring two new dungeons, Moongrave Fane and Lair of Maarselok, to the game in August. 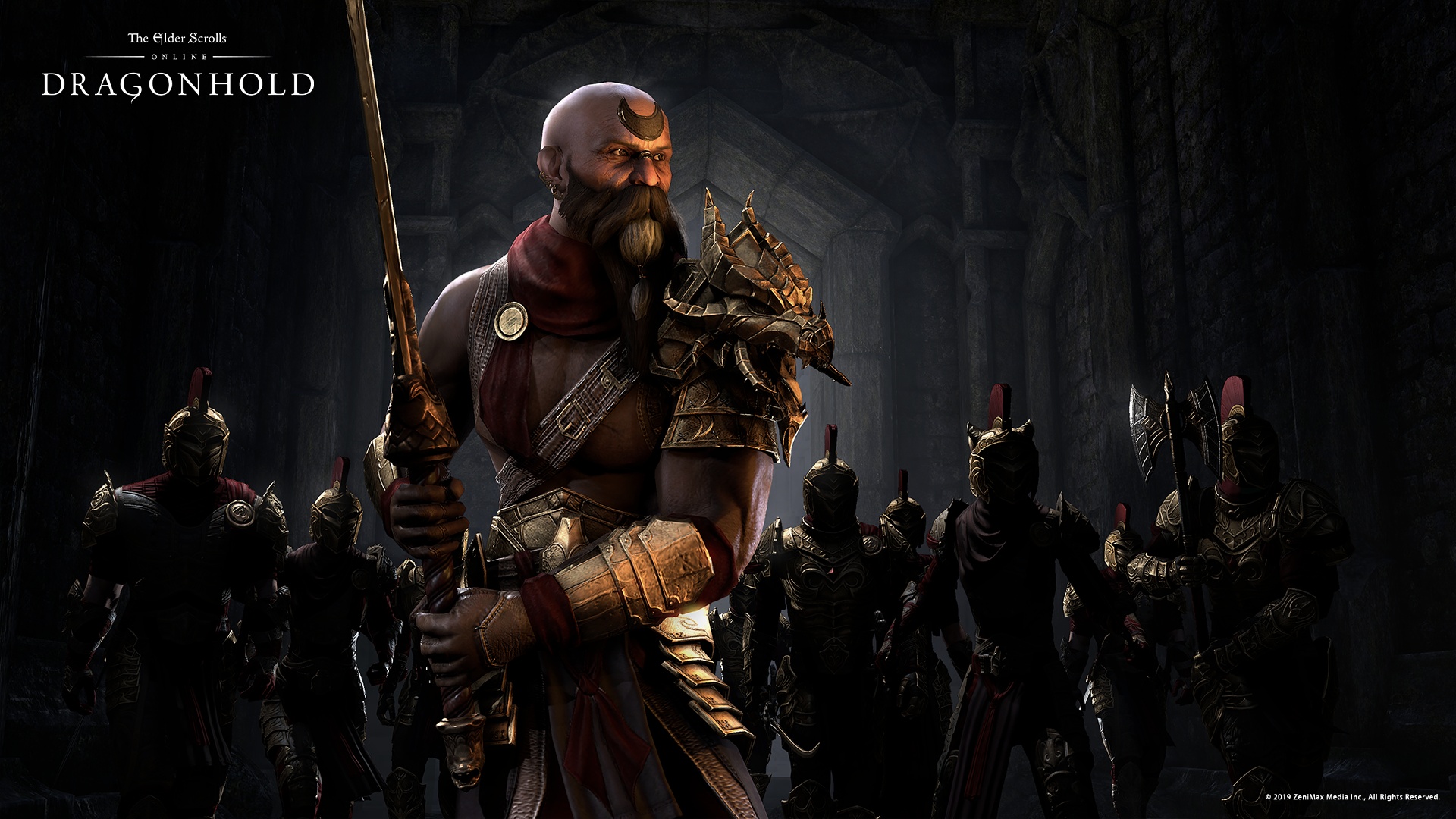 And on the subject of Wolfenstein, Wolfenstein: Youngblood looks kind of like Wolfenstein’s own Far Cry: Blood Dragon, as the 1980s-set story follows the twin daughters of B.J. Blazkowicz (is one of them the mother of Billy Blaze?) as they search for their father, who is missing in occupied Paris. While this one can be played solo, the real idea is 2-player co-op, so that both twins can be in action at the same time. Executive Producer Jerk Gustafsson says this is “bigger than any previous Wolfenstein games,” with more weapons and upgrades, and deeper gameplay customization. It arrives on July 26. 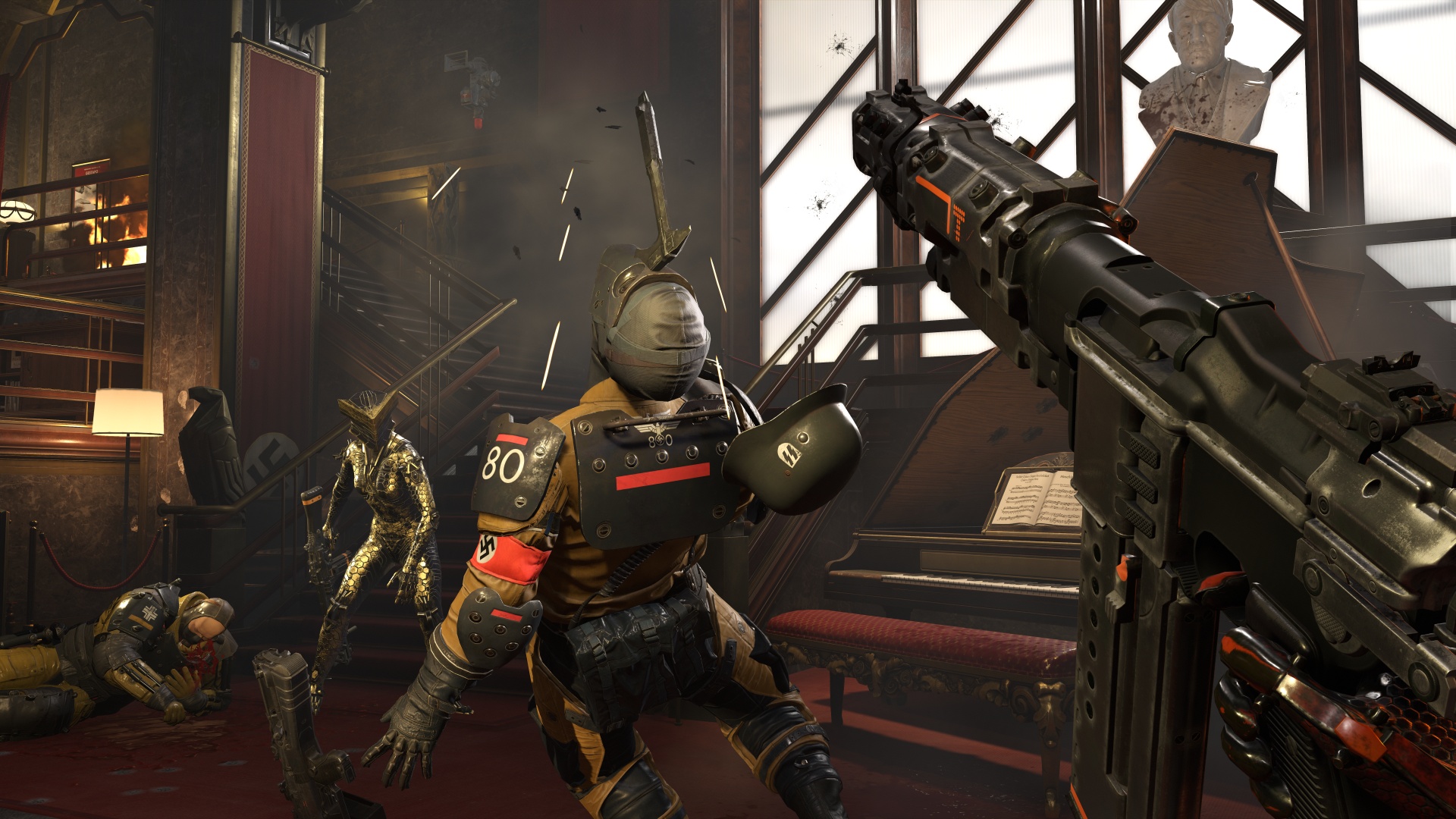 There’s a new title from Tango Gameworks, and this follow-up to The Evil Within 2 is a mysterious action/adventure game with a supernatural twist, set in modern Tokyo. Creative Director Ikumi Nakamura (Okami, Bayonetta) called it “spooky, but not the type of survival horror game we are known for.” She described a plot that features people vanishing — their bodies literally disappear, leaving empty clothes fluttering to the ground — and a web of conspiracies and occult revelations that come to light as you seek the truth about the disappearances.

There are spirits, and what seem to be demons carrying umbrellas in skeletal hands. “Don’t fear the unknown,” one spirit says, “attack it.” So, we’re in for some head-busting action on rainy streets of Japan, which doesn’t sound bad at all.

From Arkane Lyon comes Deathloop, which pits two assassins, Colt and Juliana, against one another in what seems to be a riff on movies like Edge of Tomorrow and Happy Death Day. Which is to say there’s a whole “reliving the day of your death” aspect to the story, at least as suggested by the cryptic first trailer. The action takes place on an island called Black Reef. We can see that Colt hates the island on which he feels like he’s trapped, while Juliana loves and wants to protect it. The two killers also battle other people (or robots?) in what looks like a very cinematic action title. 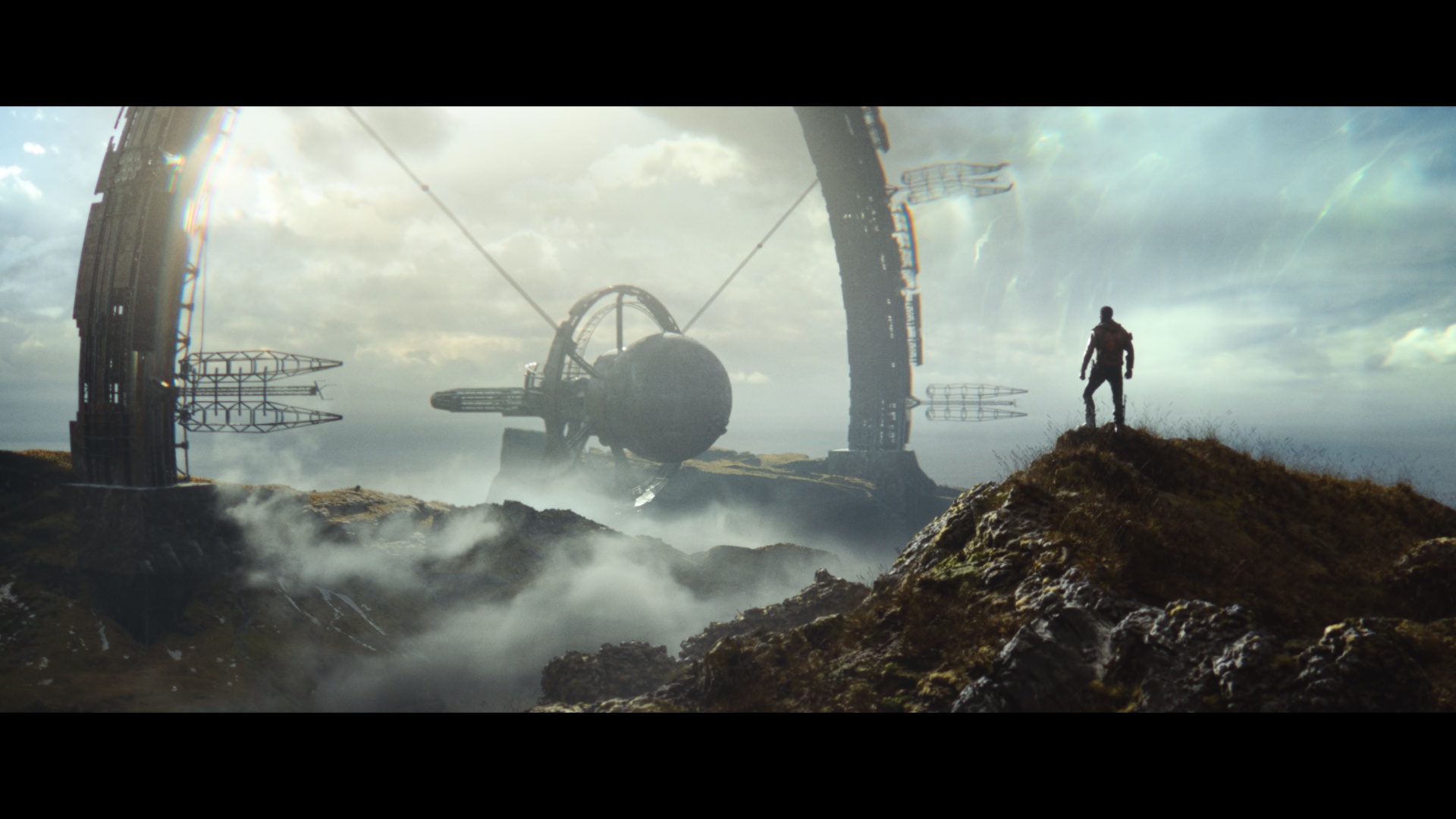 And then it was time for Doom. This latest incarnation of id Software’s genre-inventing shooter looks like all the shooting, slicing, exploding, energy bursting, jumping, chainsawing action you could ask for. Creative director Hugo Martin and executive producer Marty Stratton call the game “the ultimate power fantasy” as it sends the Slayer from an Earth that is being consumed by demons, all the way to Hell and Heaven, with stops on Mars and the Sentinel homeworld, among other locations. 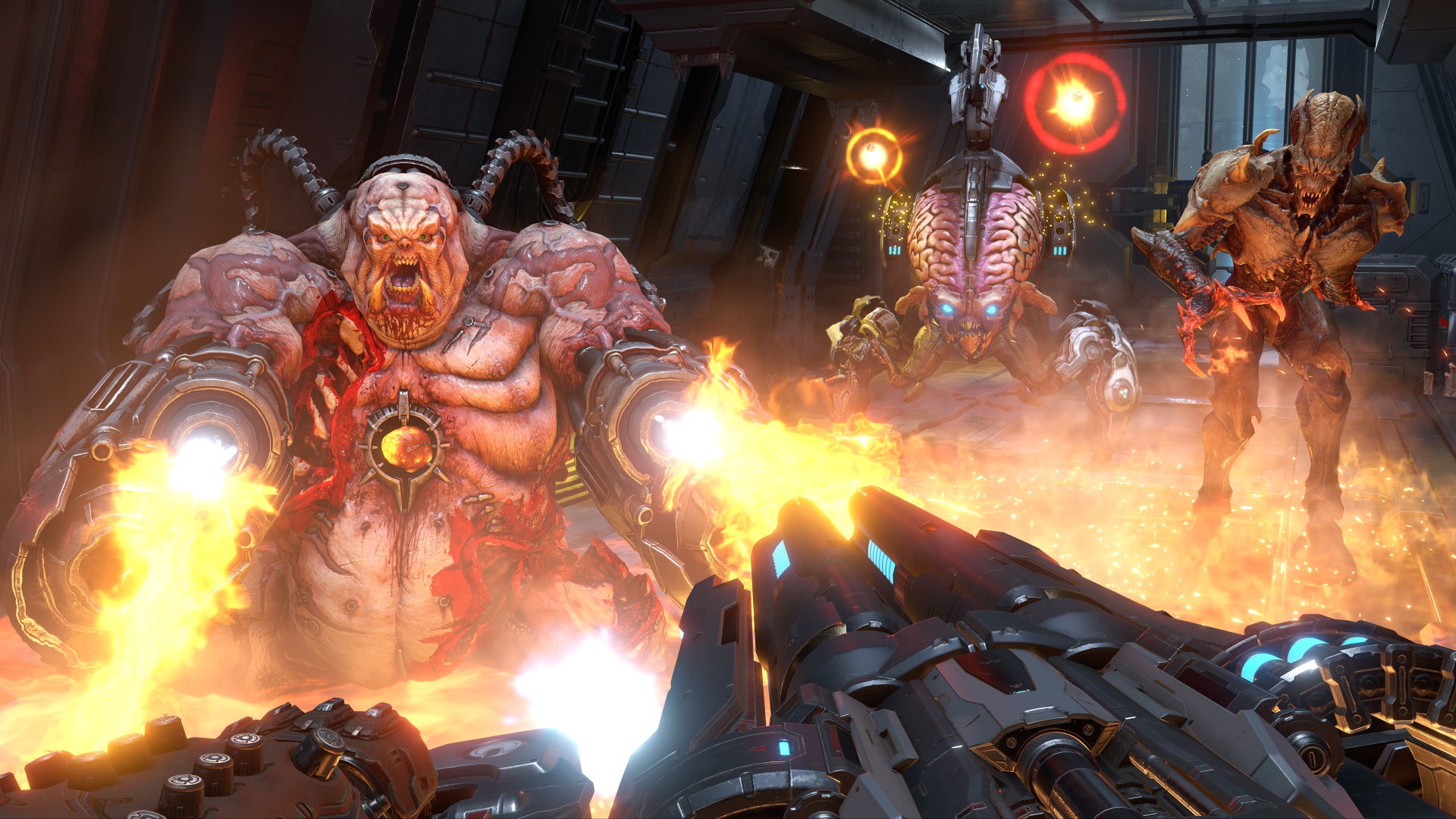 The trailer shows off ultra-fast, style-shifting gameplay with more in-air dashes, glory kills, and a constant stream of enemies, weapon drops, and a lot of vertical play and sniper opportunities. We last saw footage from Doom Eternal at QuakeCon 2018, and the latest footage shows some new details and changes. The UI has been redesigned — it’s more detailed — and the gameplay is even more frantic and bloody.

The Battlemode multiplayer offering featured two player-controlled demons taking on “one fully-loaded Slayer.” It’s basically a fighting game (complete with Mortal Kombat-style voiceover) merged with Doom gameplay. More info on all aspects of Doom Eternal will be revealed at QuakeCon, which begins on July 25. The game launches on November 22.

That wraps-up all of the news revealed by Bethesda at E3 2019 We’ll have more recaps on the remaining briefings here on Xbox Wire, so stay tuned.