On April 1 we quite cheekily announced the roguelike hack and slash game Conan Chop Chop as an April Fools’ Day joke. But surprise! The game is very real and will be released September 3!

I have been waiting for this day for quite some time. The feedback we received after announcing Conan Chop Chop on April Fools’ Day was, quite simply, amazing. We knew already then that we have a gem in our hands, and I know it has been a hardship for everyone here to keep it a secret. Today I finally get to break the good news: Not only is the game real, it is very real!

I will even go so far as to boldly declare that Conan Chop Chop will be the most realistic stick figure game set in the savage world of Hyboria ever. Developed by our Australian friends at Mighty Kingdom and published by us at Funcom, Conan Chop Chop is a roguelike hack-and-slash game, in which you will be tasked with thwarting the plans of the evil wizard Thoth-Amon. He plans to resurrect the even eviler wizard Xaltotun and will condemn the world to an eternity of darkness and enslavement, should he succeed.

Only you can stop him, but in order to do so you must use all your cunning. All your guile. You must summon all your courage and swordsmanship. You must … Chop Chop! 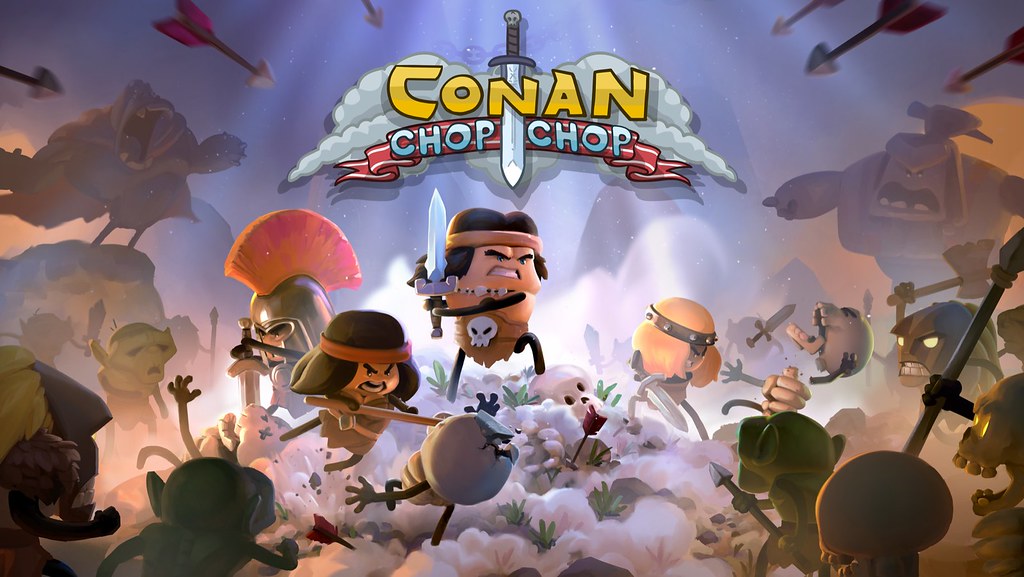 There is nothing that really beats a good old couch co-op, and Conan Chop Chop offers just that. You can play the game in 1-4 player mode, and choose between a diverse cast of heroes from the Conan universe. There is Pallantides, commander of the Black Dragons. Valeria, the adventurer. Bêlit, the pirate queen. And of course, Conan the Cimmerian Barbarian himself. The players will have different stats suited to different playstyles.

Embark on quests of pure epicness!

Regardless of whether or not you are on a quest to save the world, you can bank on one thing: there will be townspeople who find your task trivial. They will instead pester you with quests of their own, but on occasion they may reward you. The town and outskirt areas will also be full of people trying to sell you items, consumables, and even new perks for your hard-earned gold.

Explore in every direction!

Brave the shifting sands of Koth, explore the dark woods in Darkwood, move valiantly through the searing land of Hyperboria and see the icy world of Vanaheim. Conan Chop Chop lets you explore to the left, right, up and down! A skilled player may even find himself jumping, dashing, or moving diagonally, resulting in the ultimate 3D experience. 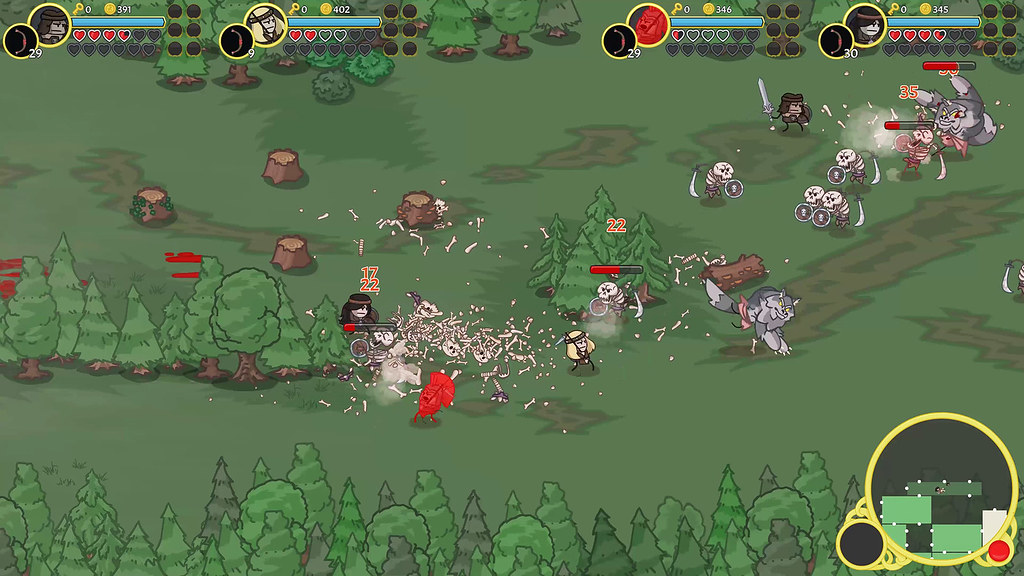 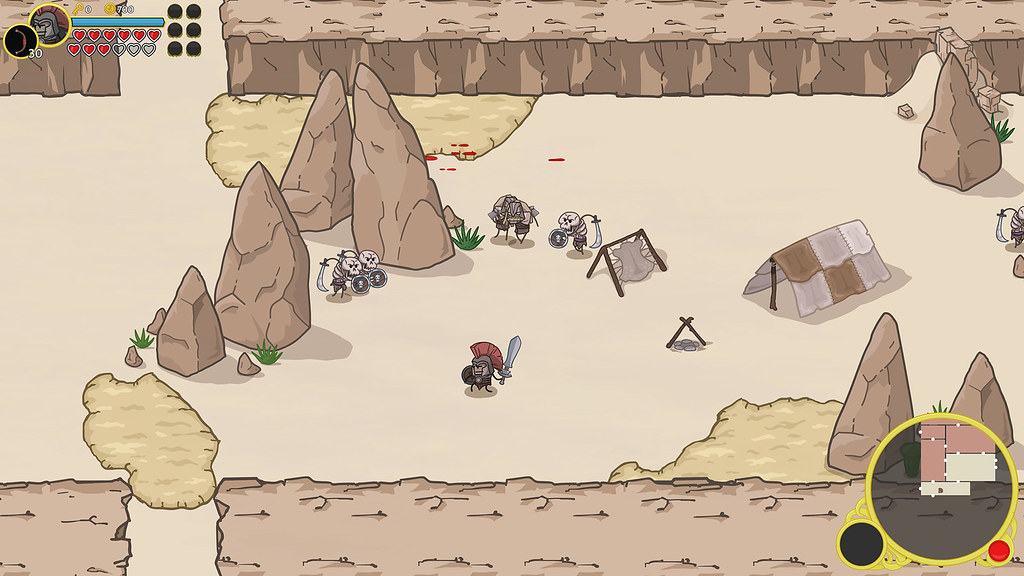 Master the fine art of delicately bashing your enemies’ heads in with a broom and turning them into chop suey with a bastard sword. Conan Chop Chop contains a wide variety of different weapons, trinkets and legendary items, each suited to tailor any kind of violent playstyle you can think of.

Perform the breathtaking 360° spin-attack to crack skulls all around you. Dash forward with the speed of light. Swing your sword both longways and sideways in a game that will have you gasping for air as you struggle to grasp the pure awesomeness of your fighting moves.

Finally, a game in which you get to test your skills against a giant gorilla in a cape! Before facing Thoth-Amon, you must defeat bosses such as The Giant Sand Worm of Koth and The Frost Giant of Vanaheim, all with their own set of killer moves like Lava Reflux, Tail Whip and Loogie Glob.

Completely random maps and tons of weapons and abilities to try out ensure that every new game will be a whole new experience. You are bound to die more than once, but you can unlock new weapons that will be available for your next playthrough.