I played a few rounds of Bleeding Edge on the floor of at the Xbox E3 Showcase. Here are all the details.

My first experience with Bleeding Edge was pure chaos. As two teams experienced the game for the first time, the match was a riot of clashing area attacks, rapid retreats and dashes towards checkpoints, with not enough attention paid to strategy by new players eager to try out all their attack options.

All of which is a good lesson because my next matches were different. Bleeding Edge looks like a colorful, casual game, and certainly can be played without deep commitment to character. But as you’d expect, real communication between teammates is rewarded. A point tally determines who wins, and points are earned from kills (of course) and control point possessions —and the score tallies can shift quickly as the battle moves around a map.

Coordinating control point assaults, not to mention tactical planning for the use of long-range attacks, is essential. Ten characters are divided between three major classes — heavy, support, and assassin — and each has multiple basic and passive abilities, three special attacks and an ultimate, with very little overlap between attacks. All that makes for a pretty wide array of gameplay options.

Mapping Out a Plan

The E3 demo map is fairly contained, with a few half-circle paths that connect to a central corridor dotted with three control points. A few elevated overlooks offer flanking positions, which are helpful for the support characters with ranged and trap attacks. That central corridor, however, is also a live train track, and maintaining a hold on a couple of the control points means standing on or near the track — which is bad news when a deadly train careens down the rails. 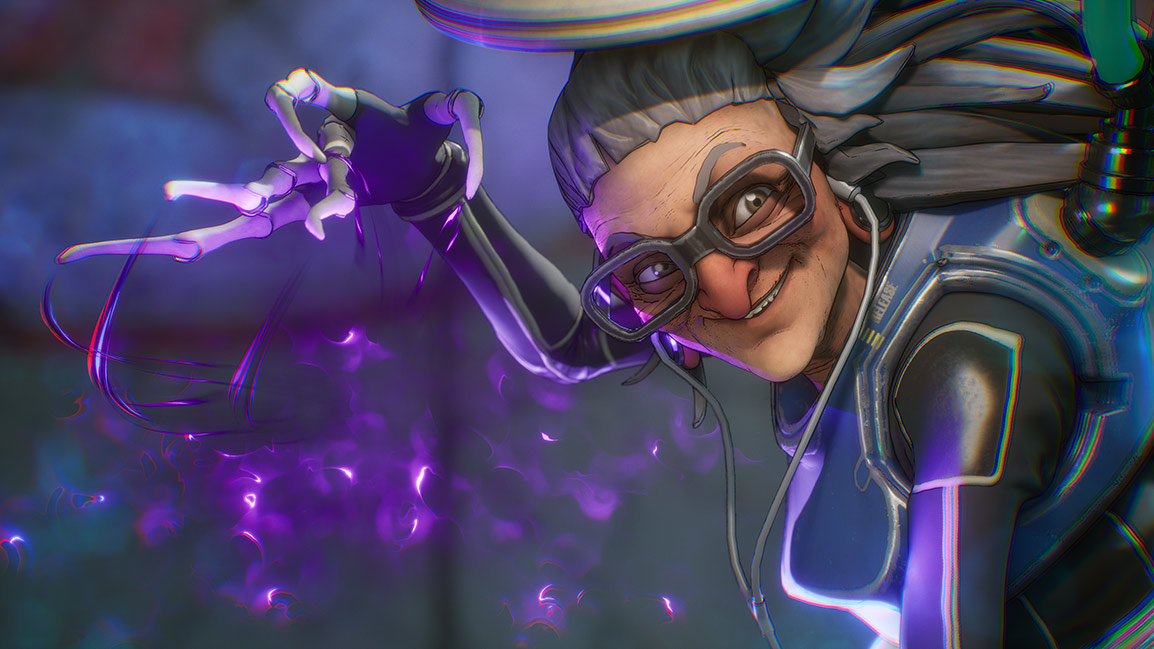 Each team spawns essentially on opposite sides of the map, with players riding hoverboards to cover long stretches of ground between spawn and control points. (You can jump on that hoverboard at any time, but it does not provide instant escape if you’re in a jam, as it takes a few seconds to spawn.)

Control points don’t all open at the same time. One will go live and become a battleground, then others go online in sequence. Partway through the match, all the points would shut down at once, forcing each team to reset its placement — and enabling a new scramble to control the first point to light up again. That kept all my matches moving at a fast clip.

The characters in Bleeding Edge are even more over the top than what you’ll find in other modern team-based action games. There’s the witch, Maeve, inspired by Baba Yaga, who uses tricks like trapping opponents in cages. She’s an assassin character, as is Gizmo, a sneering redhead who builds explosives, places turrets, and can become a rough-hewn mech. The assassin Nidhoggr is an android or cyborg metalhead (a literal metalhead, basically) who wields his guitar as an actual axe, while the heavy Buttercup rides around on a single big wheel and likes to use saw blades against opponents. 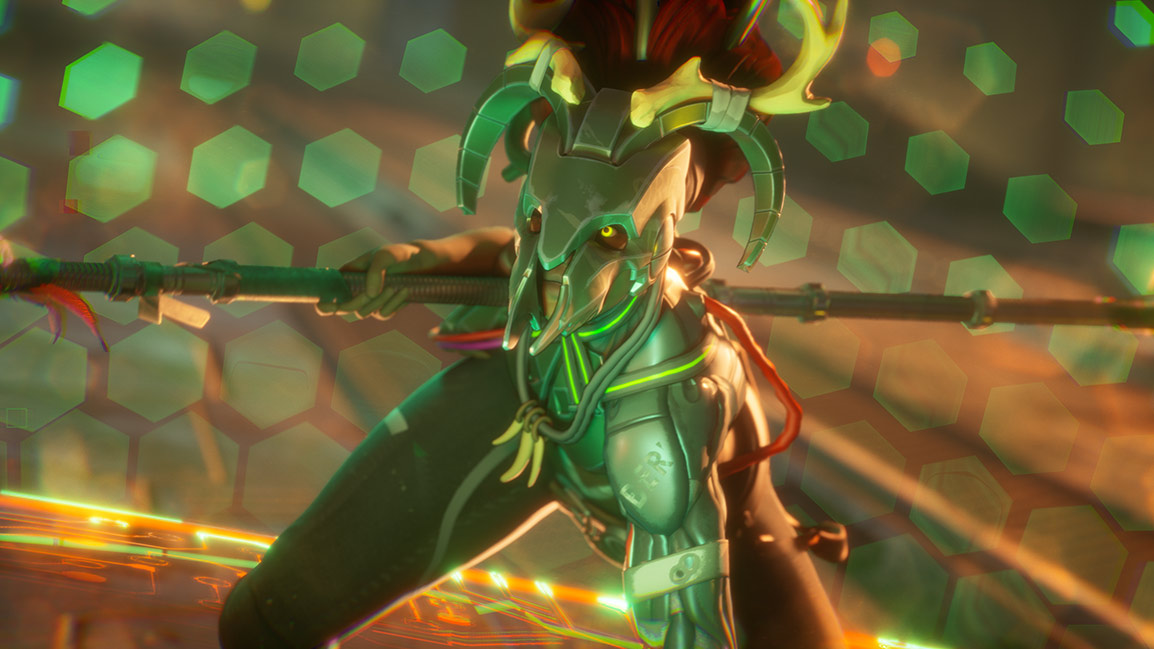 With the single available map available at E3, I only got a taste of how all these characters and the rest of the roster can interact. The option to play an actual witch in a heavy-hitting brawler is reason enough to keep an eye on Bleeding Edge as it rolls towards release.

Bleeding Edge is coming to Xbox One and Windows 10 PCs, with a Technical Alpha set to open on June 27.