3D Printed Hovercraft Project Gets off the Ground | Blogdot.tv 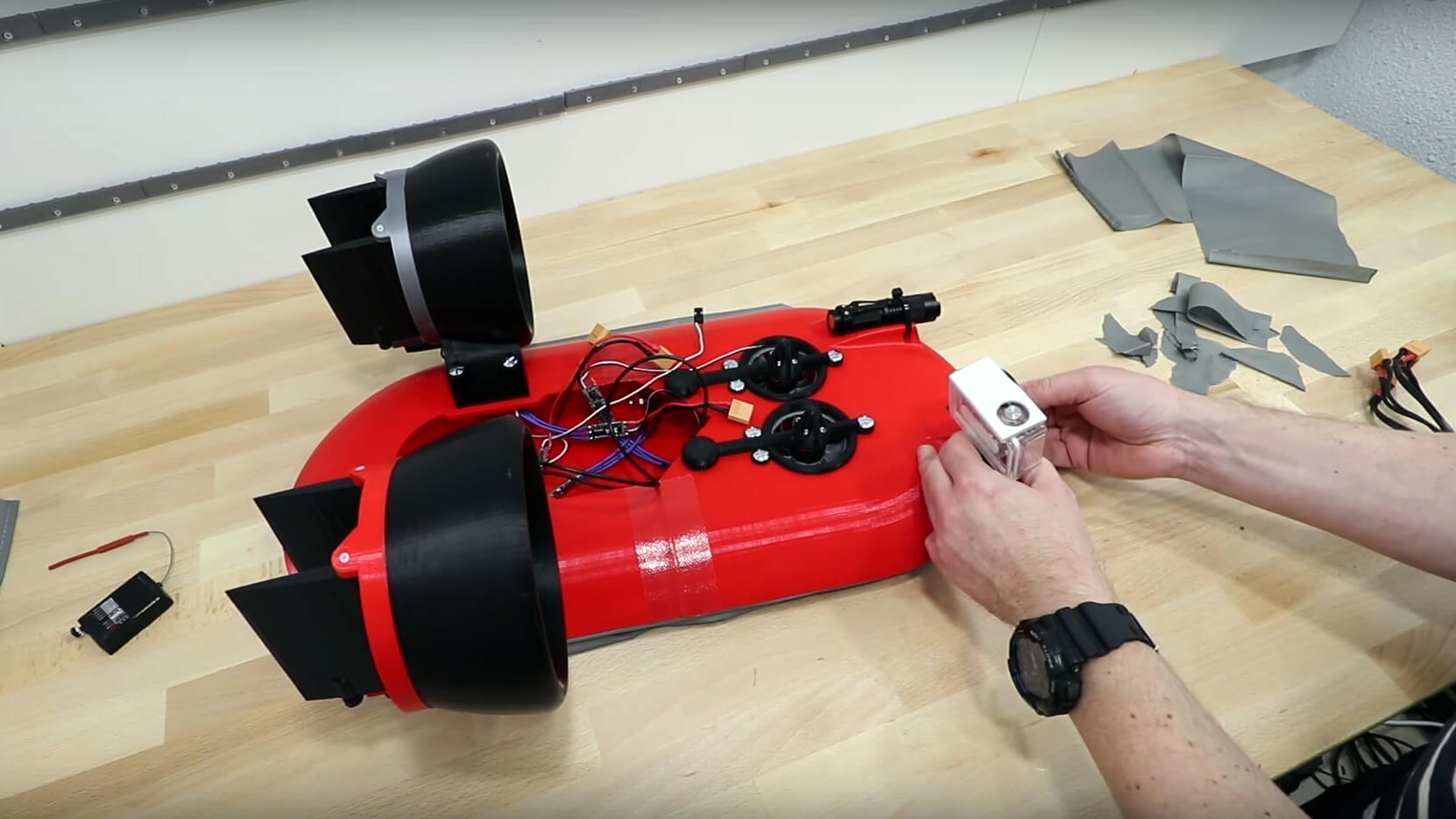 In the latest update to his 3D printed hovercraft project, Ivan Miranda details how he arrived at a working model that genuinely floats.

Over the last couple of months, YouTuber Ivan Miranda has been putting his array of 3D printers to good use. Over a five part series he’s assembled a remote controlled hovercraft from scratch, iterating as he goes to improve the issues he’s encountered along the way.

He points out in a blog post that the videos do not really serve as a guide to build your own. Although, Miranda claims, with a bit of guesswork it’s probably possible to fill in the blanks. Better yet, the affable maker has released the Fusion 360 files so you can modify and print the parts yourself.

Check out the video below for his latest, and final, build of the 3D printed hovercraft.

Getting off the Ground

Miranda’s hovercraft makes use of numerous large 3D printed parts for its assembly.

He uses a servo mount and impellers printed on a CR-10 Mini plus cowlings, impeller motor mounts and servo arms printed on the Tevo Tornado 2017 and a chassis printed in halves on a classic CR-10 and CR-10 upgraded.

In all the hovercraft build looks to be fairly simple, with the printed parts bolting and screwing together. The electrical wizardry is mostly covered in parts one and two of the five videos. If you’re following along to build your own, you’ll need to check out the other parts for subsequent alterations.

Seeing the finished ‘craft in action is pretty special. Especially so given the constant (and charmingly earnest) mistakes and quick fixes Miranda deals with throughout.