Warhammer: Chaosbane, the first action-RPG set in the Warhammer Fantasy universe, is ready for its global launch on Xbox One June 4. In fact, Deluxe and Magnus edition owners can start playing today! With that said, we wanted to give you a preview of what you can expect in the months after launch. 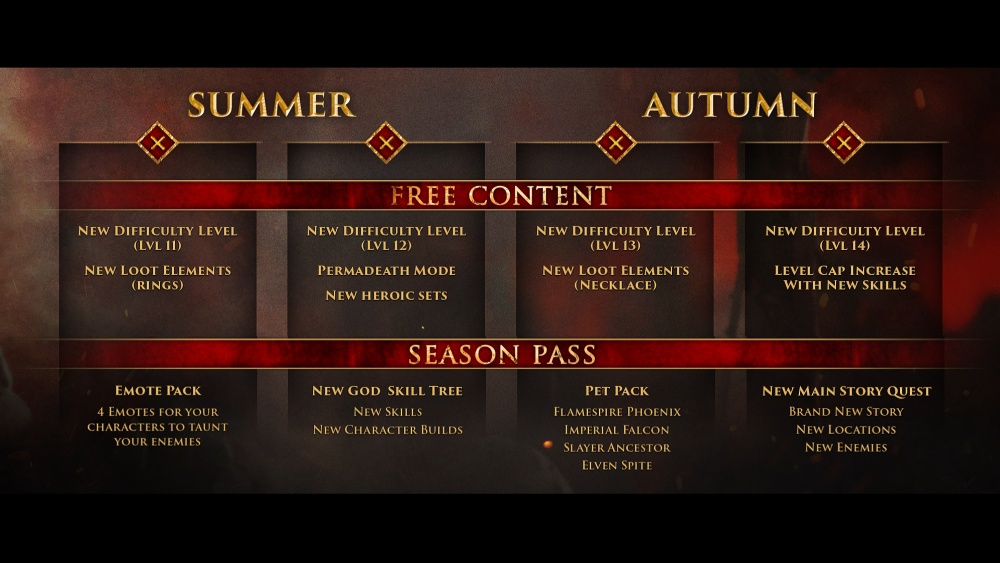 Take on the bosses you’ve already defeated in Boss Rush, which ideal to farm certain types of gear. Traverse randomly generated maps and collect fragments to power up your gear in Expedition, where random events will make things more difficult, but also increase your chances at nice rewards. Then put your skills to the test with extra modifier like random poison zones, health depleting when you stop moving, enemies becoming temporarily invincible in Relic Hunt. Just make sure to bring your A game to collect large loot and fragment rewards.

In addition to free updates, season pass owners will receive extra premium content regularly after launch – this is included in the Magnus edition, or can be purchased separately if you own another version of the game.

Arriving to season pass owners in the coming months will be an Alternative Skill Tree for each character, offering completely new ways to play with new passive / active abilities and new ways to build your character. Cosmetic Pets to follow you and Emotes to taunt your enemies.

There will also be new story, locations, and enemies… but we can’t say anymore right now. Rest assured this will be the biggest expansion to the game!

Related:
The Greatest Xbox Deals of the Year Drop on June 7, Including $100 off Xbox One X
This Week on Xbox: May 31, 2019
Build Your World on PixArk with These Tips, Available Today on Xbox One