Today, Xbox and The Coalition are thrilled to partner with UDON Entertainment to announce the upcoming release of “Gears of War: Retrospective, The First 10 Years,” an extensive history of the Gears of War franchise, in advance of the highly anticipated 2019 release of Gears 5.

With its acclaimed gameplay, intense characters, and visceral action, the award-winning Gears of War franchise helped define the modern shooter genre. Written by Arthur Gies, “Gears of War: Retrospective, The First 10 Years” provides a detailed look into the history of Gears through the words of its developers, designers, and artists that fans of the series will not want to miss. With over 250 pages of commentary, concept art and key visuals, the book features new interviews with Cliff Bleszinski, Gears co-creator and design director (Gears 1-3); Rod Fergusson, co-creator and studio head at The Coalition; Chris Perna, Director of Art, Worldwide Studios at Epic Games; and Laura Fryer, executive producer, Microsoft Games Studios, and more. 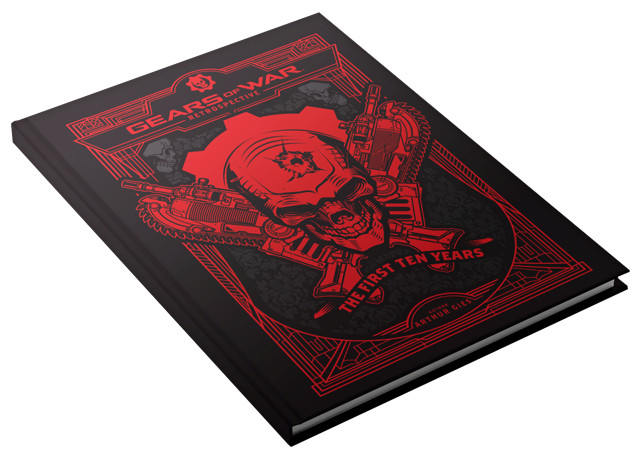 “Gears of War: Retrospective, The First 10 Years” will be available July 16 and is available for pre-order now. For a full chapter preview please visit Polygon’s preview coverage.