Top Gear Tests the McLaren P1 Hypercar, Shows Why It's the Most High-Tech Yet | Blogdot.tv

On the most recent episode of BBC’s Top Gear, Jeremy Clarkson claimed that the McLaren P1 is a game-changing hypercar, and that it’s “a new chapter in the history of motoring.” It’s a limited production plug-in hybrid, with the entire production of 375 units selling out by November 2013. For those who were fortunate enough to buy directly from McLaren, the vehicle would have set you back a cool $1.15-million USD. 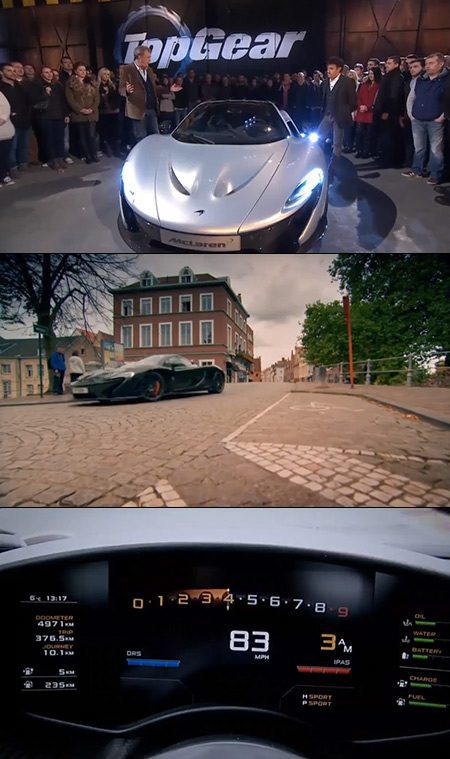