February 4, 2022 is getting closer and closer, and now’s the best time to hop into The City and learn a little bit more about the large open world of Dying Light 2 Stay Human. Villedor’s full of secrets, memories, and complex characters, and today, we’re going to take a closer look at where to find some of them, and how to bring The City back to life.

Before the apocalypse happened, Villedor had been a beautiful, modern place. These days are gone, but you’ll still find elements bringing back its former glory. A lot of them, like subway stations, TV towers, or railway tracks, are no longer working in the way we know. Instead, people adapted these places to their current needs, turning them into bases or escape routes. So when you look at The City’s infrastructure with just a little bit of creativity, you might see how this new reality has changed the meaning of the places around you, replacing their old functions with new ones.

And it’s not just buildings that people adapt. To regain this feeling of normality, they are also trying to recreate the lifestyle they used to know. Look around you, and you’ll find a person who’s attempting to bring dating apps back without any technology, an opera singer trying to find herself in all the rubble, and many more unique people. And if you dig even deeper… you may discover original pieces that will show you what Villedor used to be like. There are old papers, records, books, and personal letters scattered around The City, waiting for you to tell you its emotional story.

But that’s the past, and though it’s always good to know it, your main focus should be the future. During your journey, you’ll be able to restore some of Villedor’s old lustre; and your choices will not only determine its landscape, but also functionality. If you repair the old electrical substations around The City, you’ll find it easier to navigate—thanks to the lights in the shops and air vents—and to fight, as the electric traps will work again. Then, you can hand the area over to a faction, either the Peacekeepers or the Survivors, and watch how they turn ruins on the roofs into facilities such as schools, farms, and workshops. As each faction has their own goals and aesthetics, this decision will actively shape the panorama of The City.

Don’t worry if it seems complex, we’ve got you. In the vast open world of Dying Light 2 Stay Human, you’ll meet plenty of characters who will help you understand it better, resolve your doubts, and even tell some of The City’s secrets. If you need any guidance, look for them during the day. At night, they’ll be waiting for dawn, spinning stories by the campfires, singing songs, and organizing street theatres. And of course, your heroic adventures meet many ears, so when you pause for a moment and listen, you’ll be surprised at how familiar their tales may seem.

While exploring The City’s streets, you’re also going to explore its sounds. Our interactive music will accompany you throughout your journey, adjusting itself to whatever you’re doing and wherever you’re going. Your combat skills, foes, and parkour moves all will determine the soundtrack you’ll hear. It’ll encourage you to try harder and keep going both when you parkour and fight. Run across the rooftops using the moves you’ve learned, and you’ll definitely notice that your flow translates to the music. Can you keep up the momentum and get the most intense parkouring soundtrack ever? Soon, you’ll be able to find out. On top of that, the factions you can support and characters you’re going to meet have their own themes as well, so you’ll have the power to influence what you’re hearing not just locally, but globally too.

Now, the surprise we’ve saved for last. As you already know, we’ve got some pretty amazing people helping us make Dying Light 2 Stay Human a truly unforgettable experience. Today, we’d like to introduce you to one of them, though most of you probably already know her. Wait for it…

Rosario Dawson joins the world of Dying Light 2 Stay Human as Lawan! You’ll get to know her as a real fighter, likely one of the strongest ones in The City. Complex, stubborn and unforgiving, she can become one of your most valuable allies, so do not rile her up. What happens to the ones who do isn’t pleasant, really. Intead, gain her trust, and she’ll show you that true friendship can still be found even in a city full of monsters.

Check out our channels and pre-order Dying Light 2 Stay Human now to join Rosario Dawson as Lawan in The City on February 4, 2022! Until then, we’ll keep dropping more updates about the game, so don’t miss them if you want to be prepared for what you’re gonna find in our post-apocalyptic world.

☆☆☆☆☆
★★★★★
$59.99
Pre-order
Upgrade your experience with Smart Delivery. Buy the game once to both play it on Xbox One and get its optimized version for Xbox Series X | S Pre-order the Standard Edition now to get the exclusive items:
– "Reload" outfit
– "Reload" weapon skin
– "Reload" paraglider skin Over twenty years ago in Harran, we fought the virus—and lost. Now, we’re losing again. The City, one of the last large human settlements, is torn by conflict. Civilization has fallen back into the Dark Ages. And yet, we still have hope. You are a wanderer with the power to change the fate of The City. But your exceptional abilities come at a price. Haunted by memories you cannot decipher, you set out to learn the truth… and find yourself in a combat zone. Hone your skills, as to defeat your enemies and make allies, you’ll need both fists and wits. Unravel the dark secrets behind the wielders of power, choose sides and decide your destiny. But wherever your actions take you, there's one thing you can never forget—stay human. VAST OPEN WORLD
Participate in the life of a city engulfed in a new dark era. Discover different paths and hidden passages, as you explore its multiple levels and locations. CREATIVE & BRUTAL COMBAT
Take advantage of your parkour skills to tip the scales of even the most brutal encounter. Clever thinking, traps and creative weapons will be your best friends. DAY AND NIGHT CYCLE
Wait for night to venture into dark hideouts of the Infected. Sunlight keeps them at bay, but once it’s gone, monsters begin the hunt, leaving their lairs free to explore. CHOICES & CONSEQUENCES
Shape the future of The City with your actions and watch how it changes. Determine the balance of power by making choices in a growing conflict and forge your own experience. 2-4 PLAYER CO-OP GAMEPLAY
Play in up to four-player co-op. Host your own games or join others and see how their choices have played out differently than yours.

Related:
UnMetal is a Love Letter to Retro Gaming with Explosions and Humor
Chernobylite’s Radiation Spreads to Xbox One and Xbox Series X|S
Your Jelly Farming Adventure Begins Today in Alchemic Cutie 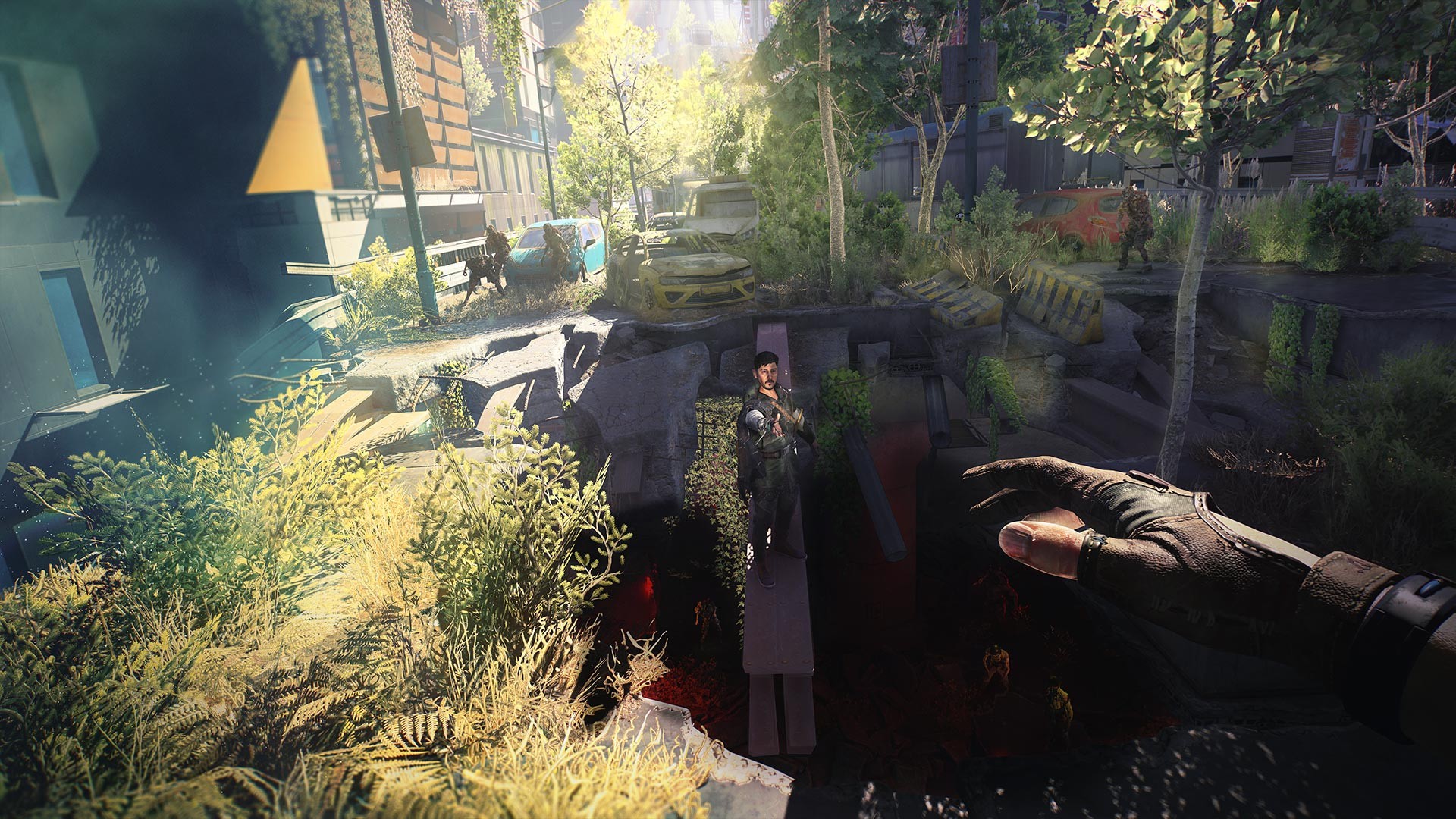