The Story Behind Forager, Out Today on PS4 | Blogdot.tv

Forager is the highly popular and quirky “idle game that you want to actively keep playing.” It’s all about exploring, crafting, gathering and managing resources, finding secrets and building bases out of nothing. In this game, you must buy lands to explore and expand a slowly growing empire.

Forager tells the story of a small character with big goals on its mind. In a way, this is a similar sentiment to my journey through the development of the game. From its initial concept to the final version, which is releasing on PlayStation 4 today, I encountered many obstacles to fulfill my dream.

This adventure / puzzle / resource scavenging hybrid has been in the making for quite some time. It all started seven years ago when I decided to quit college to pursue my love for video game development. 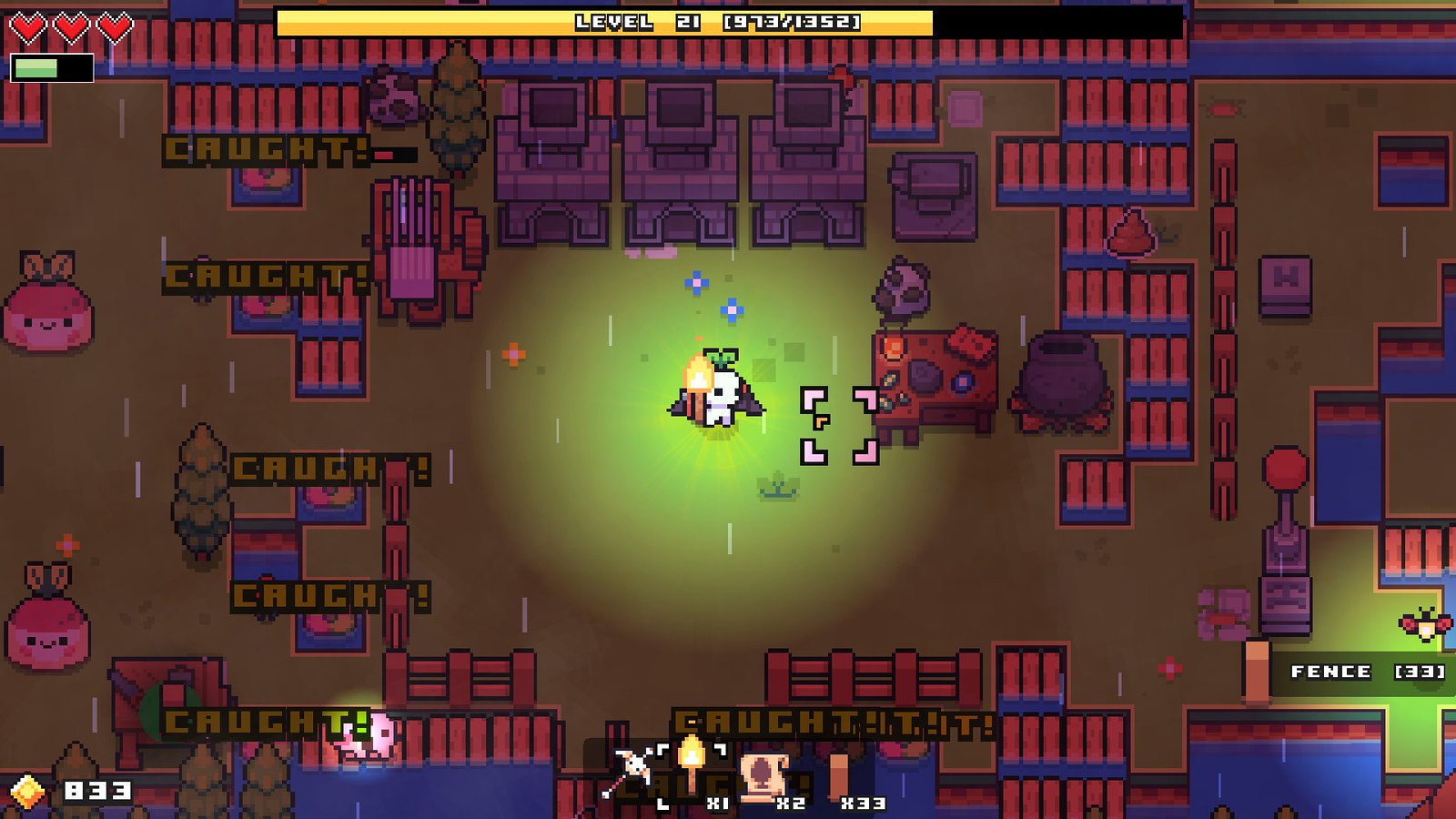 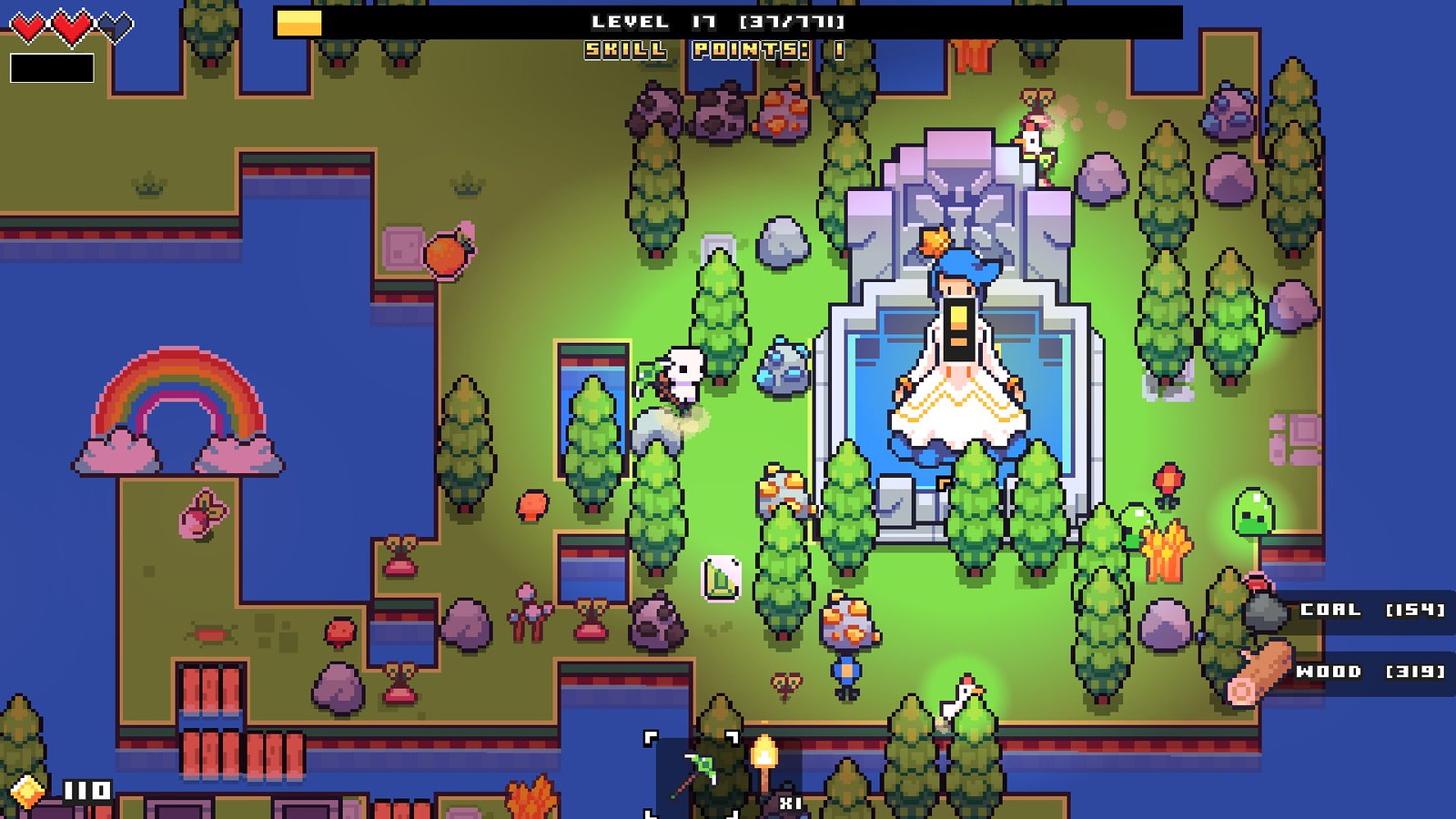 The first year was all about learning, practicing, and prototyping on a daily basis. Before Forager, I had come up with a small game called Cinquedea (a platformer about colonizing planets by jumping on them with a cute character) and Impossible Dungeons (a hybrid between tower defense elements and platforming).

Despite my efforts, Cinquedea wasn’t praised by the public as I had hoped, and I decided to give up on it entirely during development. As most of my savings and resources had been allocated to this project, I was starting to run short.

The idea for Impossible Dungeons appeared while playing Risk of Rain with my cousin, thinking about how I would apply my recently acquired knowledge into the existing roguelike to tweak its mechanics and build something new. I set myself a two-week deadline and immediately started working on it. 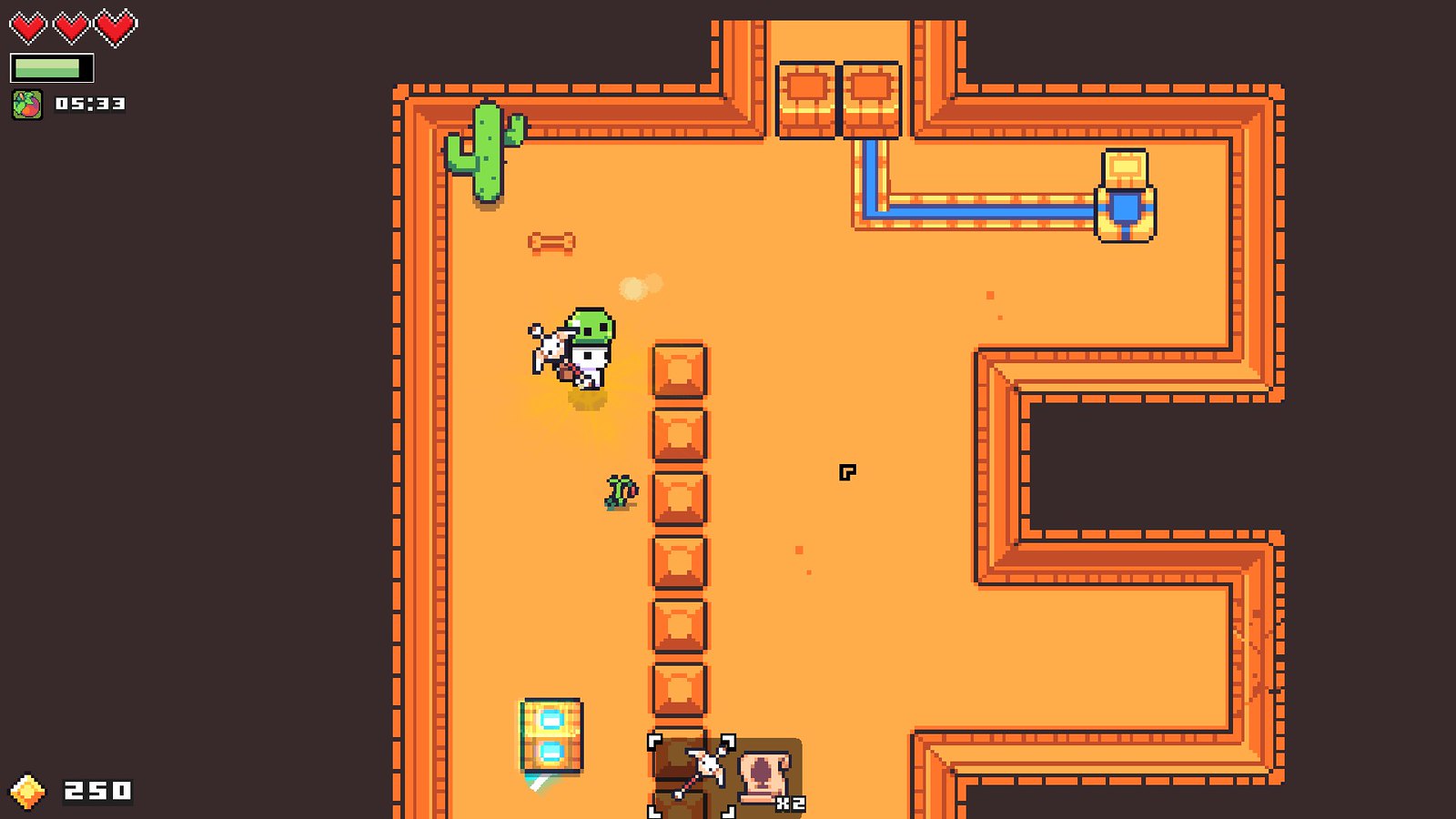 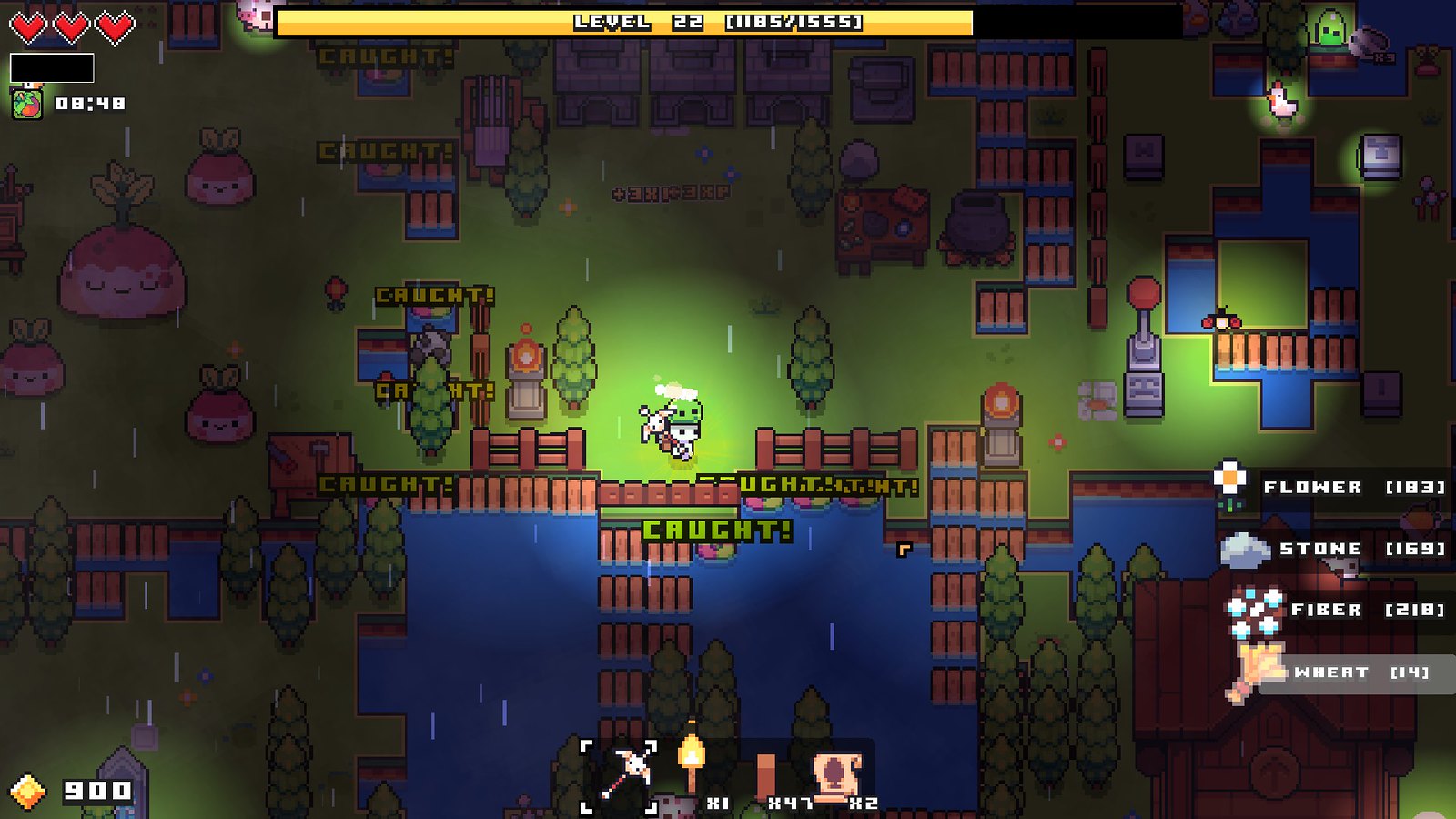 As a lone developer from Argentina, the idea of traveling overseas to make connections and showcase my projects to a larger audience required a sum of money that not many can afford. I had already moved back in with my mother, and asked for a loan to keep myself afloat as I continued working on my games. But it was during the local video game event EVA that I won a chance do so in an unexpected way.

Using the last of my savings to travel to the capital Buenos Aires and stay at my brother’s place, I showcased Impossible Dungeons to the public. To my surprise, many people showed up and enjoyed it, adults and kids alike. That same day, the project led me to win a trip to the international event Casual Connect.

I scheduled meetings with publishers far and wide, yet none seemed interested in the project. My social anxiety only made this more difficult, but I had a trump card I hadn’t considered. 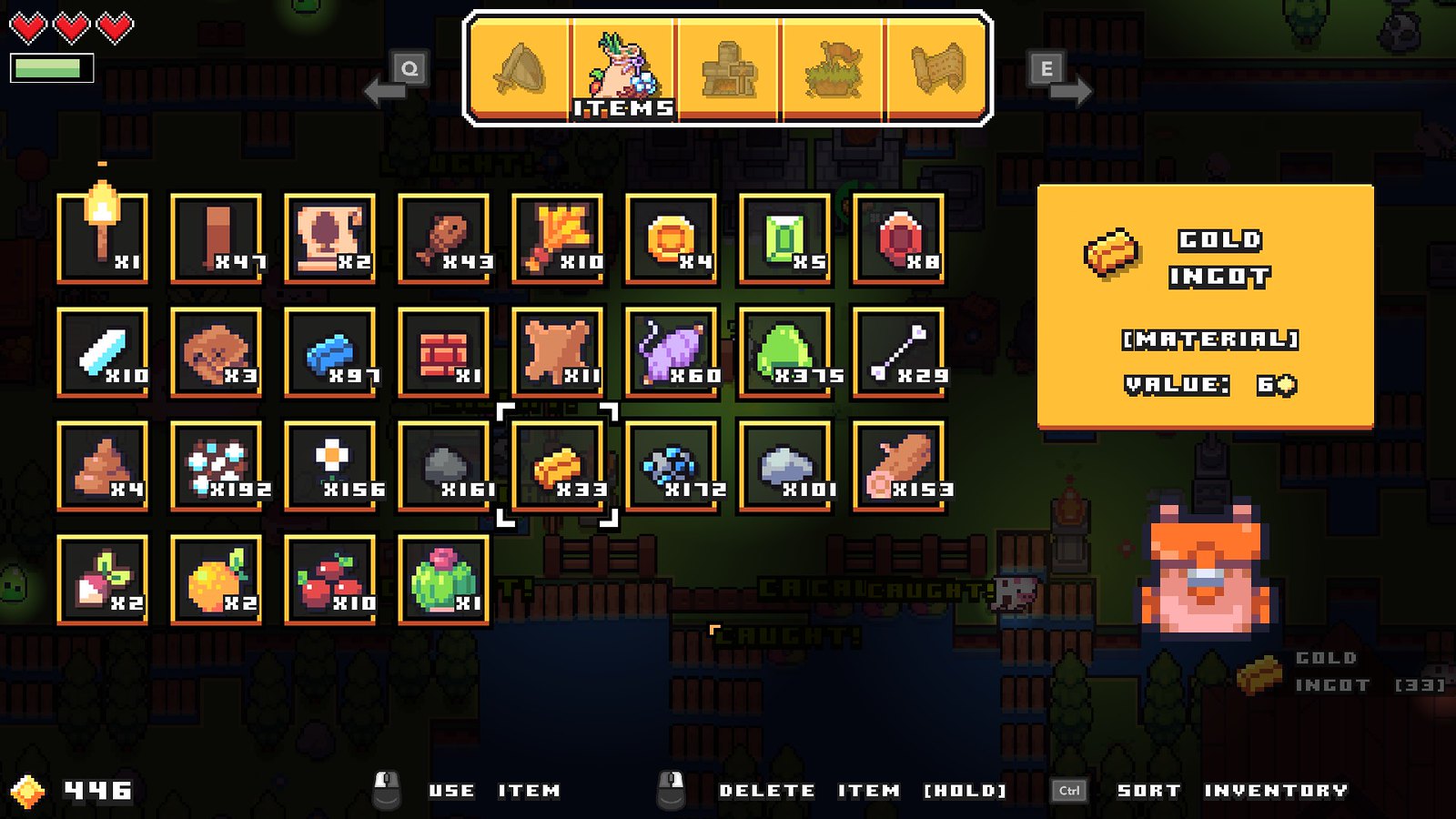 When Forager came to life

Just a couple of weeks before, Forager was conceived during a YoYo Games’ game jam in which it earned second place. During the event, another exhibitor got their hands on it and lost track of time. They only realized it when the acquaintance they were supposed to meet went to find them. “I blame this game for being so addictive!” they said as an excuse.

This person, who happened to be a representative of Humble Bundle, approached me to ask me what I was exhibiting. A similar game to Impossible Dungeons was already in the works with the publisher, but Forager was new, and they were more than interested.

After sealing the deal with my new publisher, all that was left was to keep working on the game. This new journey allowed me to work with contractors, slowly building a team. But I also received support from the ever growing community around the game through Patreon.

The release on Forager on PS4 comes packed with hundreds of items, tools, and secrets to uncover. I have a long roadmap planned ahead, with goals including new enemies, biomes, a hard difficulty, and multiplayer.

My dream project is now available for everyone to play! 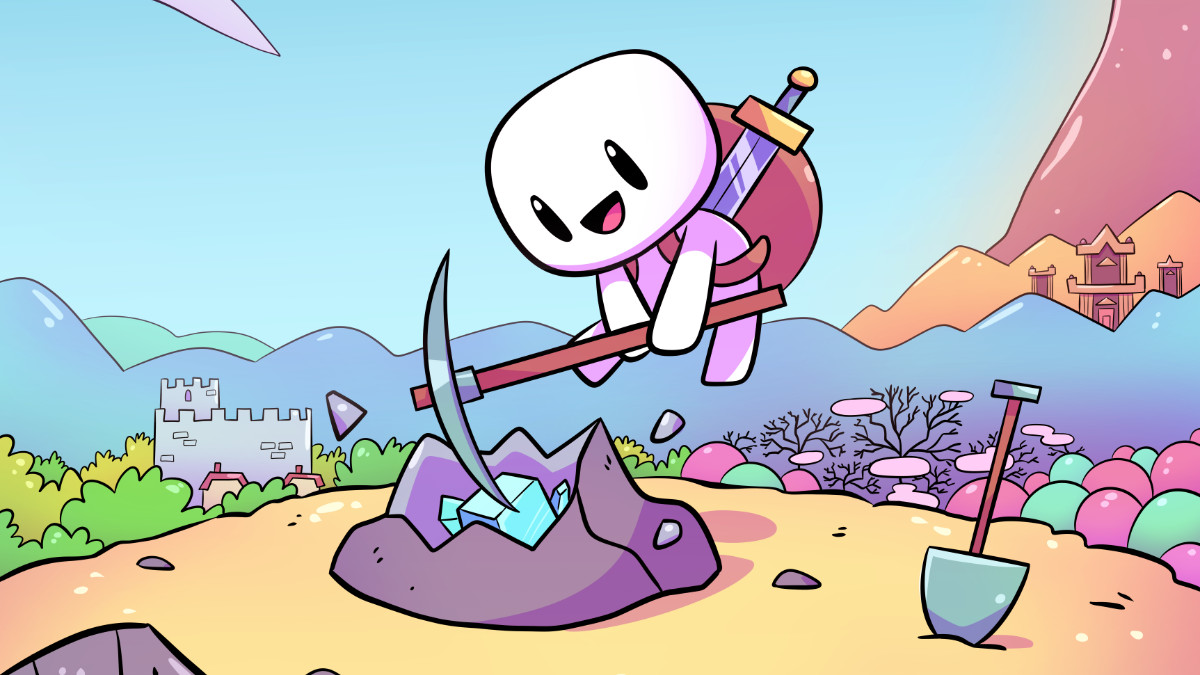