The Darkest Shore is the Thrilling New Zombies Chapter in Call Of Duty: WWII | Blogdot.tv

After his losses in Bavaria, Doktor Straub has shifted his focus to a secluded island off the coast of northern Germany. He’s working there to finalize his plans for an undead assault on the Allied Forces, one that will change the course of history.

The Darkest Shore follows our intrepid heroes into the next chapter of their dangerous and horrifying Nazi Zombies journey. Only days after the disaster in Mittelburg, the crew arrives at an island blanketed in fog and rich in occult history. A tactically important naval base for the Axis, the island is surrounded by air and sea power – and of course crawling with the undead. 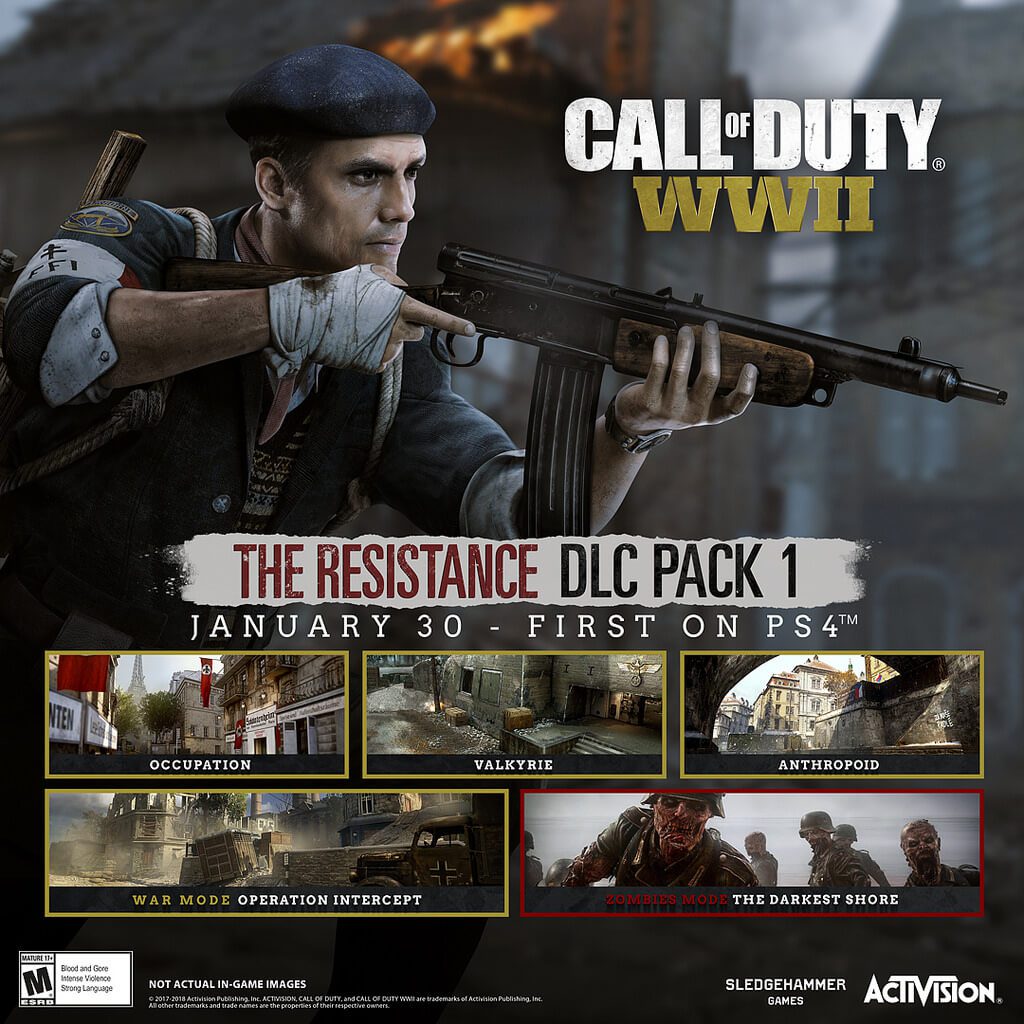 Marie, Drostan, Olivia, and Jefferson will need to fight off legions of war-ready zombies, as well as survive Nazi airstrikes, strafing runs, and naval artillery barrages. As waves of thick fog roll across the island, the team will need to strategically time their stealth, melee, and gun-blazing assaults to avoid the horrors that hide in the fog.

Luckily, the team will have powerful new tools at their disposal. Their time in Mittelburg has taught them how to combine mundane weapons with the enigmatic new energies of the undead for lethal results. And our heroes will need all the help they can get, because Straub has more secrets hidden away in the wet roots of this island. New threats, new traps, and new undead monstrosities, which are more cunning, quick, and even more bloodthirsty than before.

Pre-order Call of Duty: WWII – The Resistance: DLC Pack 1 to ensure you don’t miss a single moment of the most terrifying chapter of Nazi Zombies to date. Your pre-order ensures you’ll get The Darkest Shore, as well as three new Multiplayer maps and an all new objective-based War Mode Mission, Operation Intercept. The Resistance: DLC Pack 1 arrives first on PlayStation 4 on Tuesday, January 30.