Step into the action with Viveport Infinity | Blogdot.tv

Do you crave being in the center of the action? Looking to your defeat enemies and show off your skills? In VR, the adrenaline rush is real as you fight off swarms of zombies, jump off cliffs or escape enemy fire.

If these are the type of experience’s your craving, we’ve put together a list of our favorite VR action games available in your Viveport Infinity library to get you started: 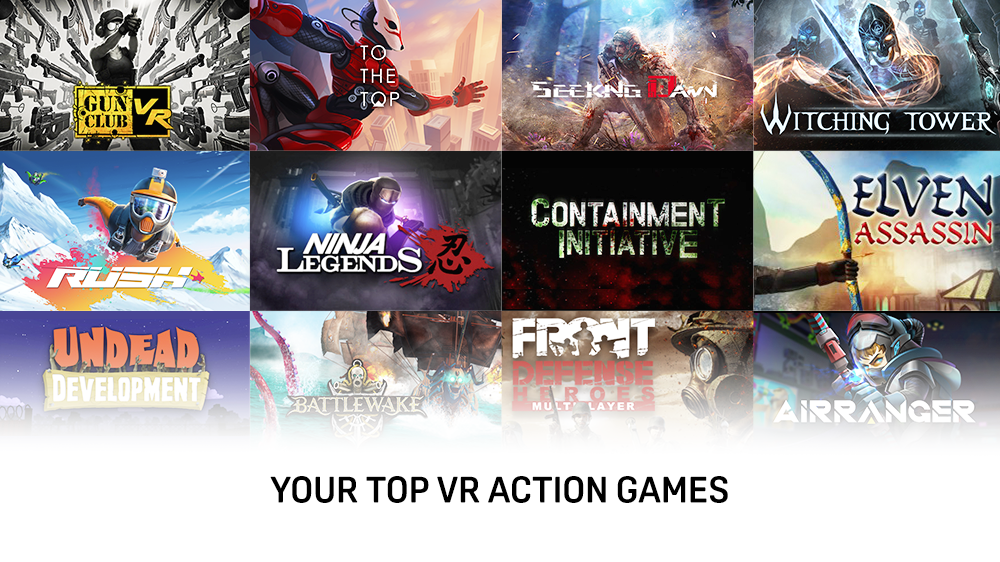 Welcome to Seeking Dawn, a science fiction VR experience that takes you far beyond the solar system. Step into the shoes of a soldier discovering a hostile planet, where predators roam freely and enemies are trigger-happy. As you follow the trail of an allied recon squad, your task is to find out what happened to them and what they came here for.

Take to the range with an arsenal of the world’s most powerful weaponry in Gun Club VR. Addictive gameplay and unsurpassed realism combine to make Gun Club VR the ultimate virtual weapon simulator. The only thing missing is the smell of the gunpowder.

Immerse yourself in the dark fantasy world of the Witching Tower, a VR action/adventure in which you solve puzzles, fight enemies, and uncover secrets. Explore the labyrinth of the Tower, unraveling each level’s new mysteries and unique gameplay mechanics. Brace yourself for an unparalleled experience with breathtaking visuals and environments.

Containment Initiative is a local co-op VR shooter that can be played by two people on the same PC. Kill zombies alone in VR or have a friend cover you by using the mouse and keyboard. Features include realistic weapon reloading as well as a variety of unlockable guns, upgrades, and loot to find.

RUSH by The Binary Mill

Take a dive into the adrenaline-pumping world of wingsuit flying with RUSH. Soar down mountainsides at breakneck speeds. Weave through canyons, dodge outcrops, and plummet down sheer drops as you race towards the finish line.

Experience blood pumping action in immersive and beautiful VR environments. Enemy ninjas will utilize cooperative group attacks to swarm and surround you. You’ll need to attack and block 360 degrees of action to survive.

Take a bow and kill hundreds of orcs of different types that want to get into the elven town and destroy it. As an elven assassin, you will make spectacular shots like long distant headshots or you will send lethal arrows through the windows. All this to conquer global leaderboards of other elven assassins.

Equipped with a bow and arrow, only the last one standing can win this multiplayer game. With a variety of bow and arrow weapons and a myriad of different game modes to play, you’ll hone your skills to be crowned the winner.

Undead Development is a virtual reality game with a creative building system. Explore different environments and scavenge for supplies, weapons, and ammo. Choose a base to defend and start boarding up any openings with the hammer tool. Break apart furniture and use the pieces to wall up your new home. The undead horde will soon put your construction skills to the test. See how long you can last with short breaks to rebuild and scavenge again.