Hey, everyone! Derek here. It might feel like it’s been awhile since our last update — to the Spelunky 2 team, however, it feels like almost no time at all, since we’ve been hard at work and seeing the steady progress we’ve been making each day. I wanted to share some of that progress with you here right now!

First off, we’ve been working on making the game look even nicer, adding more details to each area and making sure that the ones that were already in there popped out better. Thank you to the fans who gave us their feedback about that after viewing the last trailer! I think we’ve struck a good balance now, where the graphics are crisp and easy to parse, but the details still stand out enough so that you can easily soak them up as you play the game. Effects like lighting and liquids are more vibrant now, too, contributing to that feeling of a dynamic, living world that has been our goal since day one. 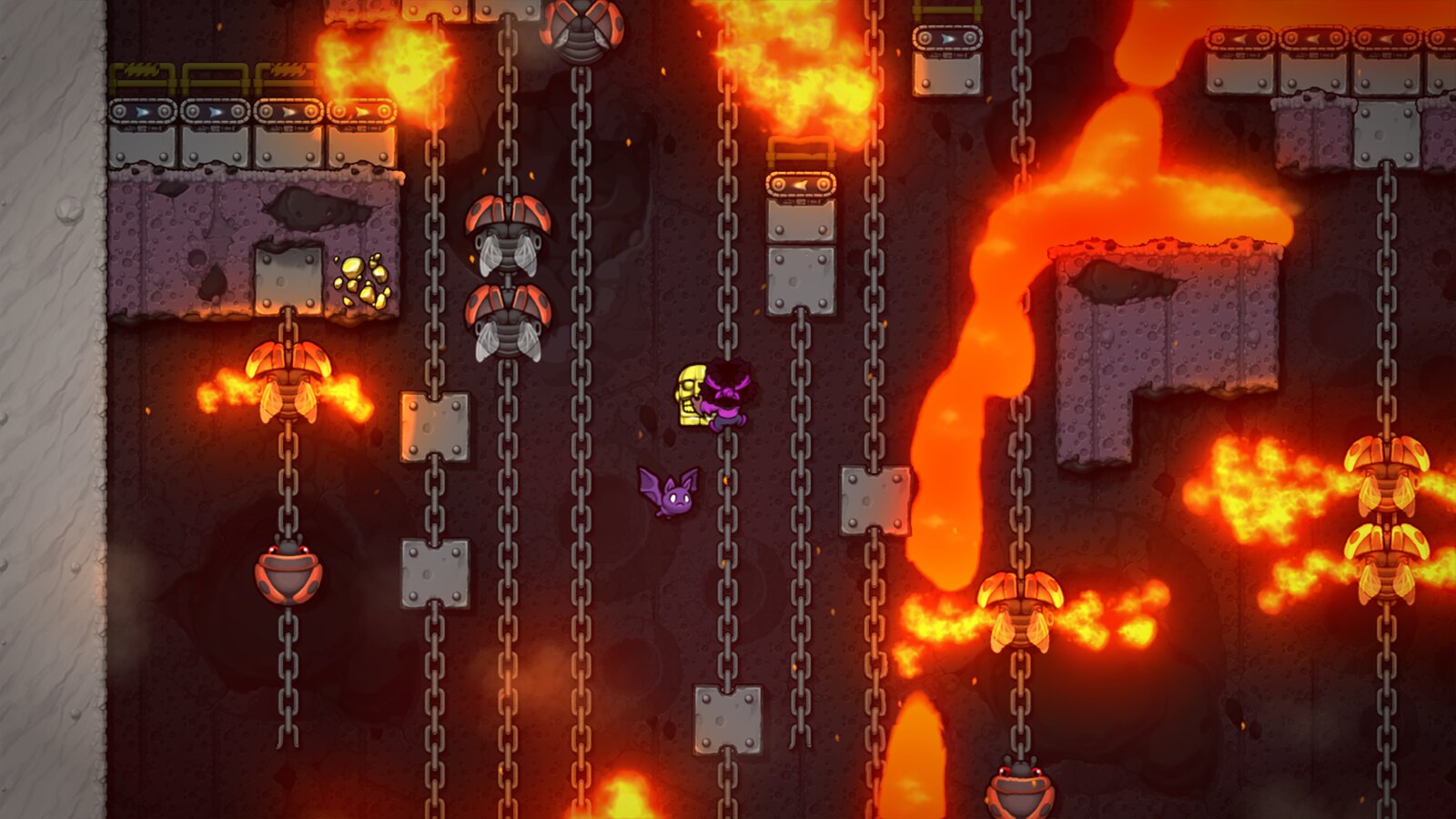 Content-wise, one of my goals with Spelunky 2 was to make each run feel even more like a personalized adventure. Of course, players of the original game created a lot of their own stories through their choices during the game, and in my opinion those are still the most meaningful. We want to keep supporting that kind of creativity by adding more variety to the game.

This can come in many forms — new items that, in the Spelunky style, are carefully designed and have a lot of obvious and non-obvious interactions with the rest of the world. But there will also be more characters in the vein of the shopkeeper, who can help or hinder the player in unexpected ways. Fans who have been following Spelunky for a long time may even spot some familiar faces within the vibrant community of new NPCs that will be joining them in Spelunky 2! 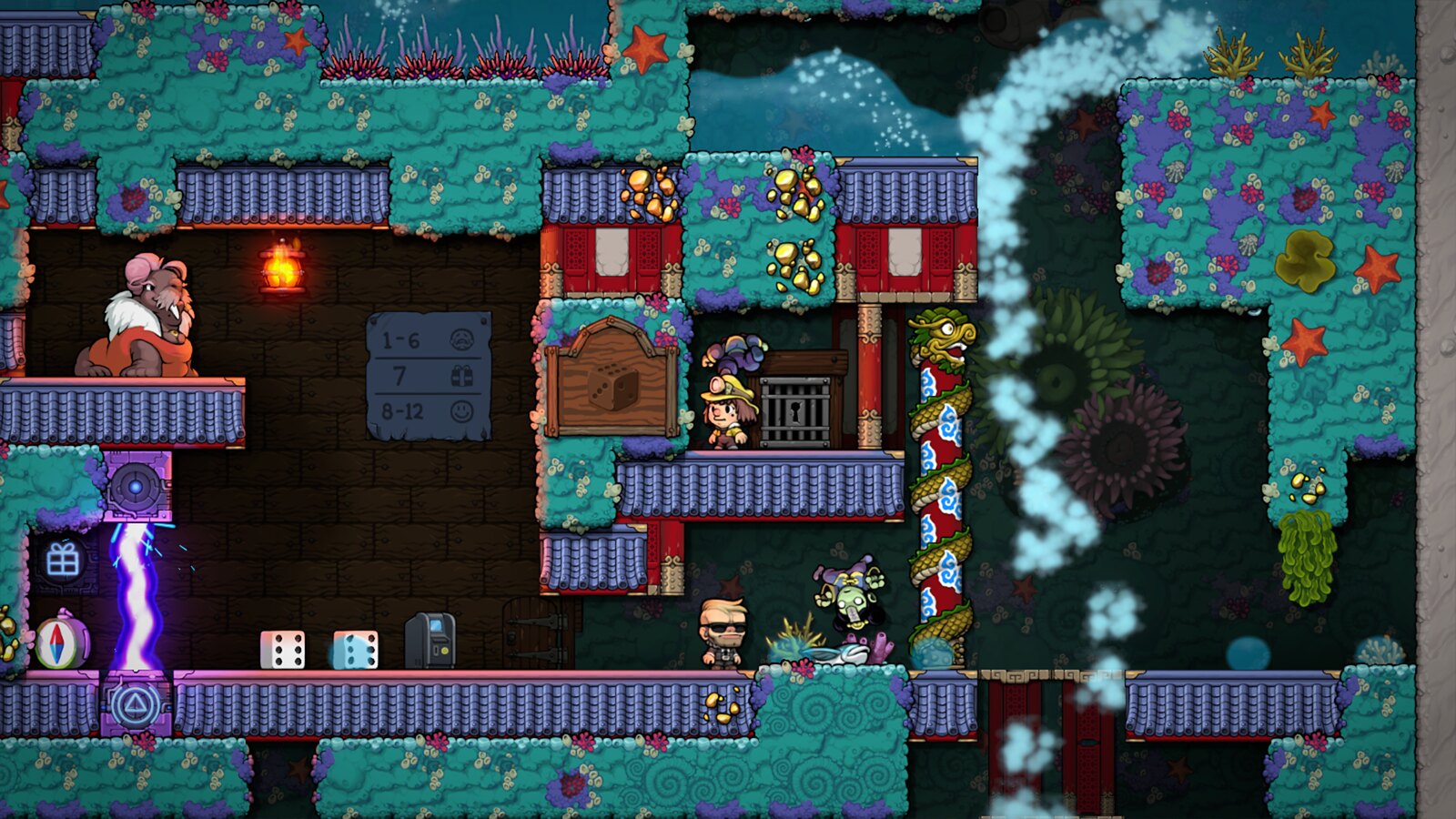 One thing we haven’t talked enough about yet is audio. Eirik Suhrke, who worked on Spelunky 1, is creating a dynamic, multilayered soundscape that is much more immersive than the first game. Each area not only has its own unique musical theme, but every creature, trap, item, and surface has its own suite of sound effects associated with it. Landing on grass in the Jungle will sound very different than landing on a conveyor belt in Volcana, for example. It’s perhaps a more subtle change but adds a lot to the distinct feel of each area. 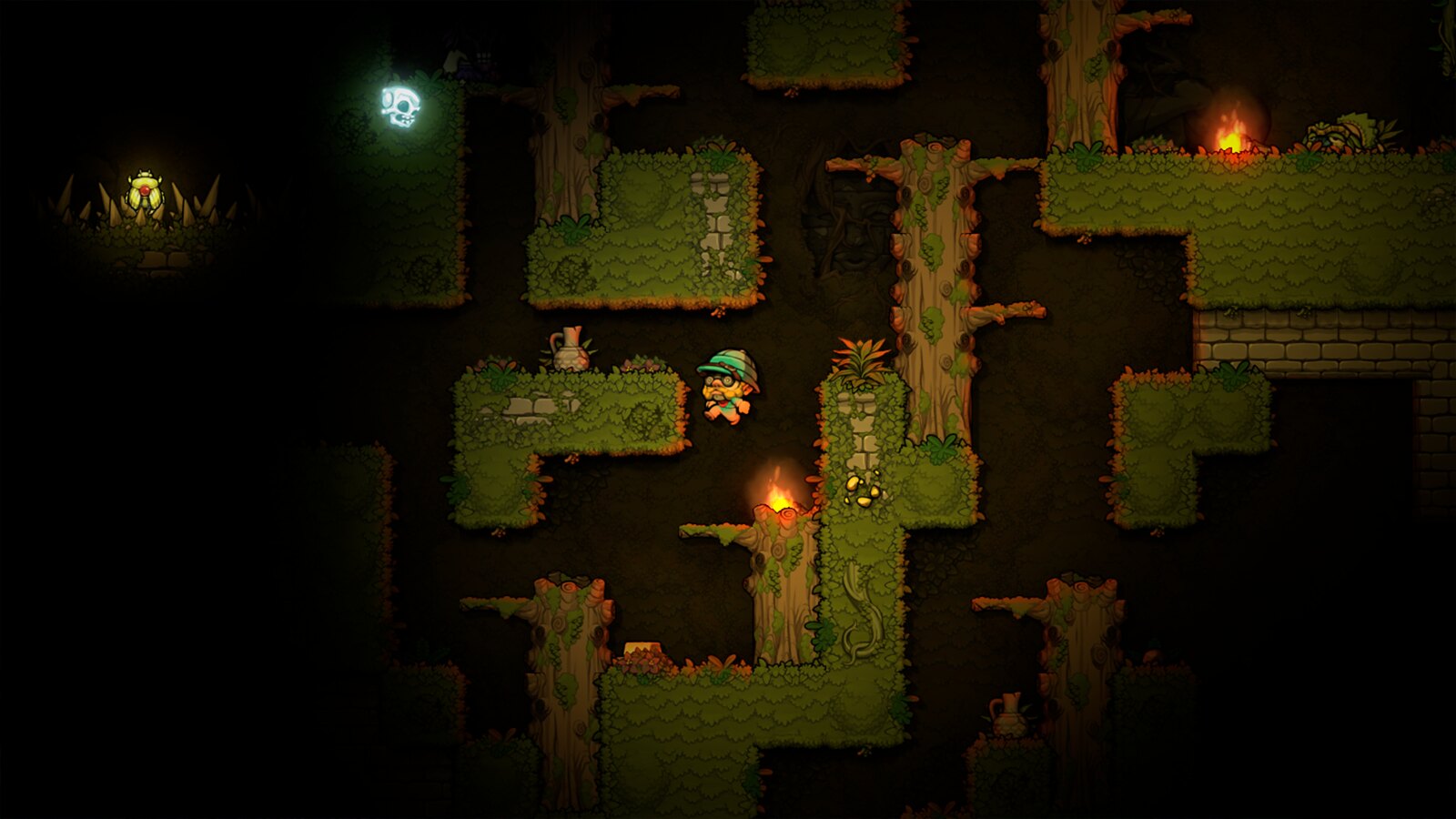 There’s so much more that I could talk about! Deathmatch, which was a bit of a sleeper mode in the original game — we’re trying to expand on the concept and make it stand tall next to Adventure Mode. Or the ways we’re tying the feeling of progressing through the caves into the feeling of building a small community of friends and family. Or even our improvements to the journal and menus, which don’t seem as important but nonetheless contribute a lot to the overall experience. But I’ll save it for another time.

Thanks for reading and thanks for your patience. Although we’re not quite ready to announce a release date, we’re getting closer and closer, finally getting to implement the deepest parts of Spelunky 2 that have been collecting dust in my notepad for years. From me, Eirik, BlitWorks, and Lollipop Robot (our amazing QA team) — we can’t wait for you to join us on the adventure!