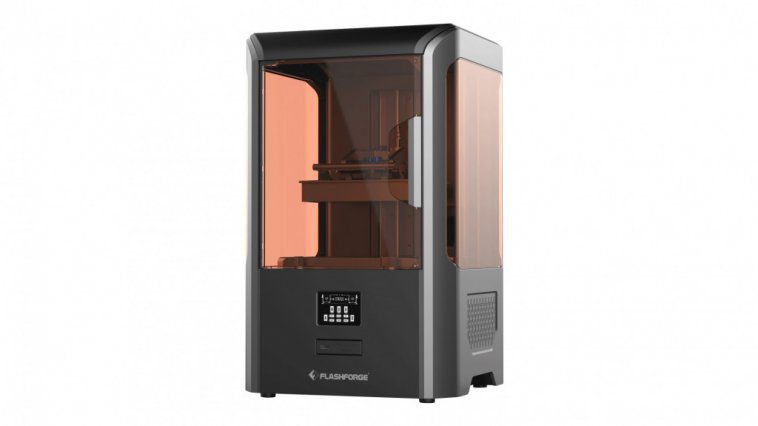 We thought the CES hype train had long since departed to pastures new but, unbeknownst to us (and most other 3D printing press it would seem), Flashforge revealed five new printers at the show.

Indeed, bolstering its range of printers to 11, the Chinese company’s new 3D printers cover the range of desktop use cases, from the fine detail of LCD resin printing to simple education-friendly FDM and dual-extrusion printers compatible with the gamut of tough to print and support materials.

Though Flashforge itself cites four new machines, reading through the announcement there are actually five 3D printers with something new to shout about. Four FDM machines suited to different segments of the market: the Creator3, Adventure3, Inventor IIS and Guider IIS.

And then there is the fifth, the Explorer Max. Packing LCD technology for resin curing, it’s a first for Flashforge and joins the company’s other resin curing machine, the DLP-based Hunter. It presents a broadening of Flashforge’s offerings that curiously omits laser-based SLA. Something we’ll perhaps see in the future.

Read more of the new machines and their capabilities after the jump.

The announcement of new printers is nothing without specifications. And while the initial data is thin on the ground, we have divined something to tell.

First up is the Creator3. A direct successor to Flashforge’s Creator Pro (surprise surprise), the new machine retains its MakerBot looks, but takes a major step change from its predecessor with independent dual extrusion — commonly abbreviated to IDEX. This means the Creator3 features two independent print heads that move on the X and Y- axes for efficient multimaterial printing. Not only that, but the Creator3 features a heated removable print bed, too.

Then there is the Adventure3, an education oriented machine that can print from the cloud. It’s compact form looks like it will make it an attractive option for the classroom, with features like a removable print bed, filament detection and a fully closed body a bonus. The Adventure3 print volume is currently listed on the Flashforge site at 150 x 150 x 150mm.

Flashforge’s incremental update to the Inventor II and Guider II printers means they looks identical to their predecessors. Details of what’s new in the Guider IIS are thin, with Flashforge revealing only that it is “playing up the role of a large, industrial 3D printer”. Meanwhile the Inventor IIS boasts new tricks in a filament run-out detector, a safety door and print monitoring camera.

Lastly is Flashforge’s new LCD-based resin curing machine, the Explorer Max. A fairly large build volume of 192 x 120 x 200mm puts it above the likes of the Form 2 for print volume, though there’s no word on resolution or resin compatibility.

There’s no word yet on pricing for the new printers, but we expect to see more from the company soon.