With the recent release of our 108th God, Smite has broken new ground with the first-ever playable character based not on mythology or ancient legend, but on history: Hua Mulan, the Ascendant Warrior. To celebrate Mulan’s arrival, we are excited to announce the new Smite Mulan Plus Bundle — available free to all PlayStation Plus members. This incredible bundle features exciting content that celebrates Smite’s Chinese Pantheon.

Mulan joins over 100 other Gods in Smite, the world’s most popular action multiplayer online battle arena. Choose from Gods spanning over a dozen Pantheons, including Greek, Norse, Japanese, Voodoo, and, of course, Chinese. The Battleground of the Gods has never been more exciting – or deadlier! And best of all, Smite is absolutely free to download and play on PS4. 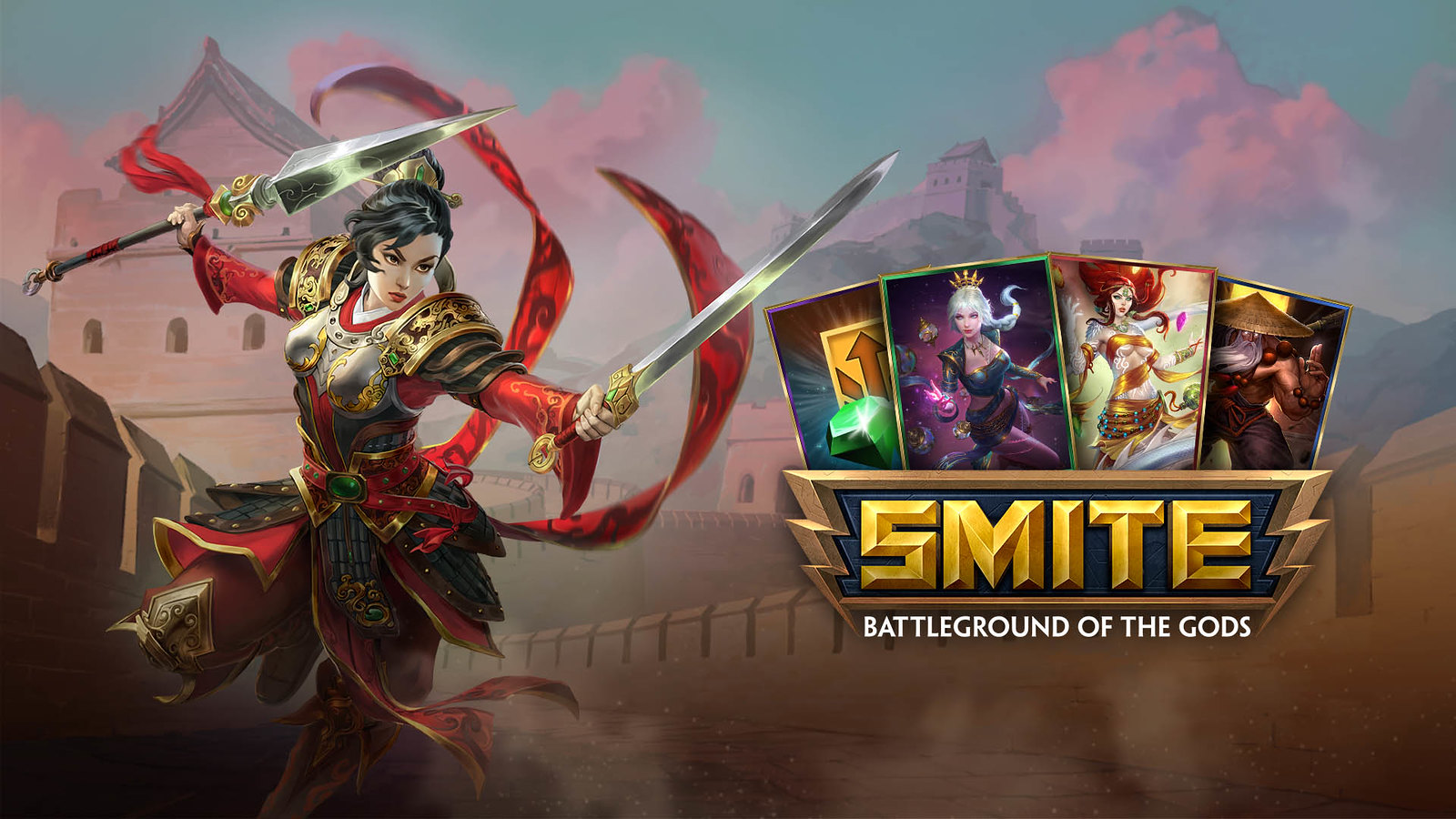 What’s included in the bundle, you ask? The Smite Mulan Plus Bundle unlocks the following content:

Who is Mulan, and why are we so excited about her release? Hua Mulan is a well known legendary figure who heroically took her father’s place in the army of China. Disguising herself as a man, she worked relentlessly to rise through the ranks, maintaining this pretense for 12 years. At the end of 12 years of service, she was offered a high rank, but turned it down in favor of returning home to her family. But that was not the end of the end of her story… or her fight. For now, a new danger threatens her land, and Hua Mulan must once more take up her weapons in defense of her home.

Mulan’s inherent skill as a fighter was honed with over a decade of intense training and battlefield experience. Not content to master a single weapon in her army’s arsenal, she would go on to perfect her skill with the sword, spear, and longbow. In Smite, Mulan wields all three of these weapons in combat to deadly effect, combining their power in her appropriately named Divine Mastery ultimate ability to deal truly devastating damage to her opponents.

Redeem the Smite Mulan Plus Bundle on PS4 today to play Mulan free, and enjoy the rest of the content celebrating our Chinese Pantheon!