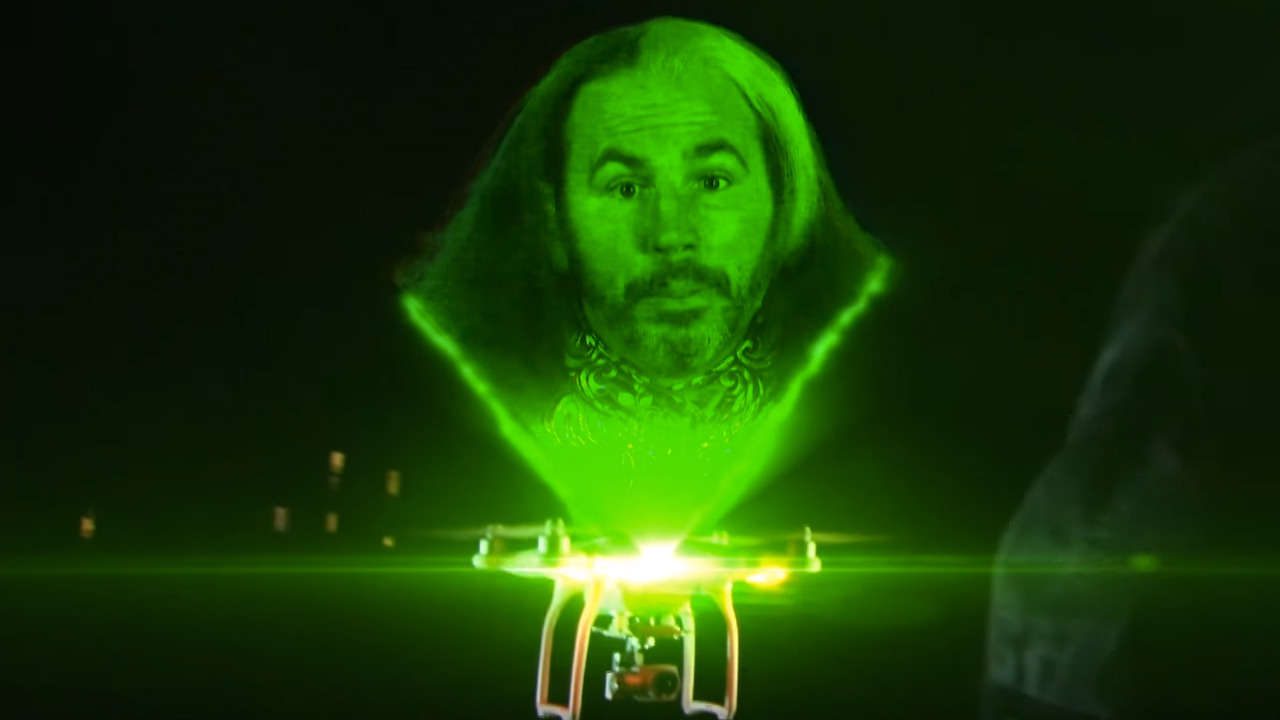 At the end of the March 19 episode of Raw, WWE debuted one of the best and weirdest things the company has ever produced: The Ultimate Deletion. For those who watch Raw on a DVR, you may have missed the entire event, as Ultimate Deletion ran almost 15 minutes after the Monday night show was supposed to end. Luckily, WWE has finally posted the entire segment, uncut, on YouTube, which you can see below.

In the video, Bray Wyatt heads to the Hardy compound to fight Matt Hardy. However, Wyatt must deal with Vanguard One, a drone that can project a holographic image of Hardy; the Mower of Lawns, a lawnmower; and Skarsgard, a dilapidated boat that’s painted gold. The insane match took place in numerous locations throughout Hardy’s property, two of which had wrestling rings. All of this happened over the span of 17 minutes.

Believe it or not, the segment, which wasn’t nearly as slick or polished as the rest of WWE’s productions, tied together the past couple of years of Bray Wyatt’s storylines. Wrestlers and fans alike loved the piece, which helped give Bray Wyatt a push in the right direction.

The Ultimate Deletion was a new spin on the Matt Hardy/Jeff Hardy segment Final Deletion from 2016, which originally aired on TNA Impact. Playing off the once “broken” now “woken” Matt Hardy character, both segments take the viewer on a trip through his bizarre world. Essentially, these videos are pure fun and a breath of fresh air to the wrestling industry, which–at times–can take itself a bit too seriously.

There is no news yet as to what’s going to happen to Bray Wyatt or if we’ll get more Deletion videos, but the March 26 episode of Raw should shed some light on what’s to come, leading into Wrestlemania.