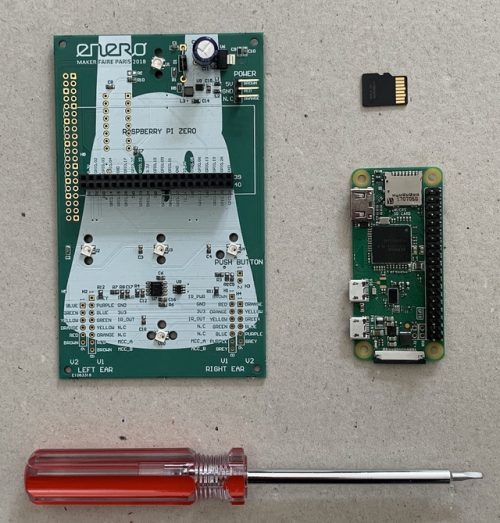 Is it still the Easter holidays? Can anyone tell? Does it matter, when we have nostalgic tech bunny pets to share with you?

These little bunnies can now do much more than when they first appeared. But they’re still incredibly cute – just look at that little lopsided-ear thing they do.

The original Nabaztag bunnies were to us in the mid-noughties what Tamagotchis were to eleven-year-olds everywhere in the 1990s. They communicated through colour, light, and sound. But now (and here’s the best bit), with a simple bit of surgery and the help of a new Raspberry Pi heart, your digital desk pet will be smarter than ever. It will be able to tell you what the weather is like, and offer local speech recognition as well as “ear-based Tai Chi”. No, we’re not sure either, but we are sure that it sounds cool. And very calming.

The design team have created what they call the TagTagTag kit. Here are the main components of said kit:

This new venture had its first outing at the Paris Maker Faire in 2018, and it looks like we’re already too late to buy one of the limited number of ready-made upgraded bunnies. However, those of you who kept hold of your original bunny might be able to source one of Nabaztag’s custom boards to upgrade it yourself if you’re prepared to be patient – head over to the project’s funding page. You’ll also need a Raspberry Pi Zero W and a microSD card. The video below is in French, but it’s captioned.

We know this might be a tricky project for which to source all the parts, but it’s just. So. Cute. Follow the rabbit on Twitter to find out when you might be able to get your hands on a custom board.