PS4 vs Xbox One in the USA: Here’s a State-By-State Breakdown of the Console War | Blogdot.tv 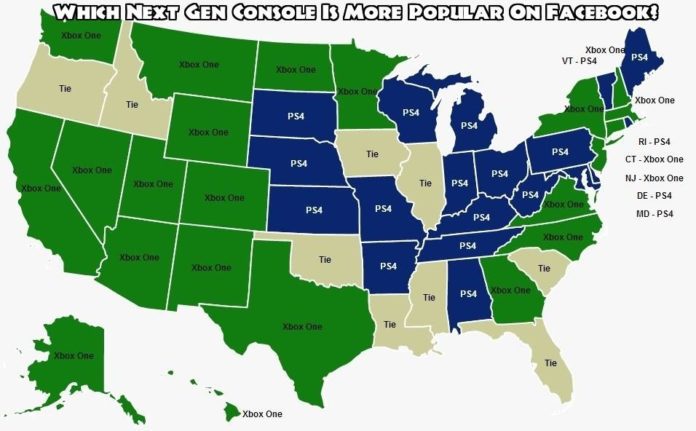 Despite the Playstation 4 having a sizable lead (in hardware sales) on the Xbox One and most especially the Wii U, lots of fans are still probably wondering where the popularity lies. Thanks to the folks over at Movato Real Estate, we’ve not only learned which console is arguably more popular (on Facebook), but what states prefer one over the other. 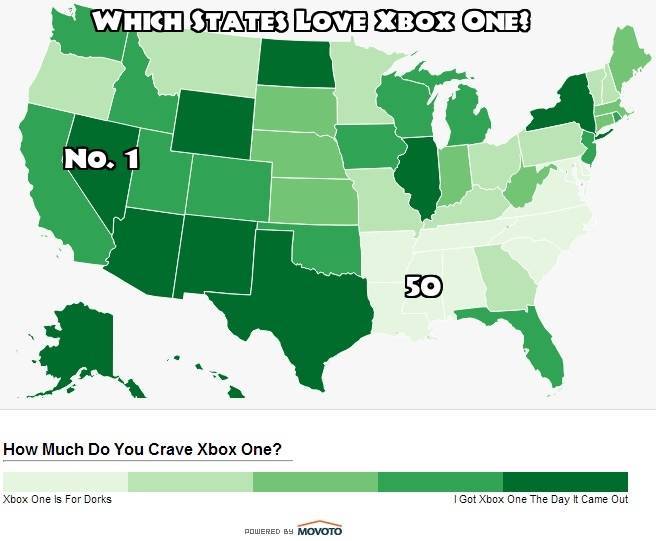 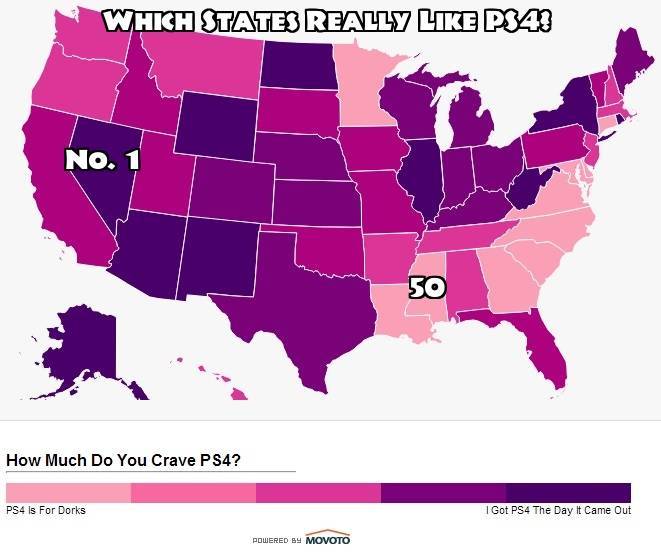 Movato took the total number of Facebook “likes” that each major console has received thusfar across the Playstation 4, Xbox One, and Wii U, and they sorted them all geographically by state. Featured above, you can see a pretty mind-boggling visual for which states are pro Xbox or pro Playstation.

Xbox One is the clear winner with 22 states being in favor of the console, with the Playstation 4 just shy of 20 at a total of 19 states. There were also nine states that were complacent, or just simply tied between the two. Sadly, the Wii U scored zero states, getting less than half the likes each of its competitors received in all fifty states.

So what do you guys think? While this is by no means a barometer for the actual success for one console over the other, it’s certainly interesting.