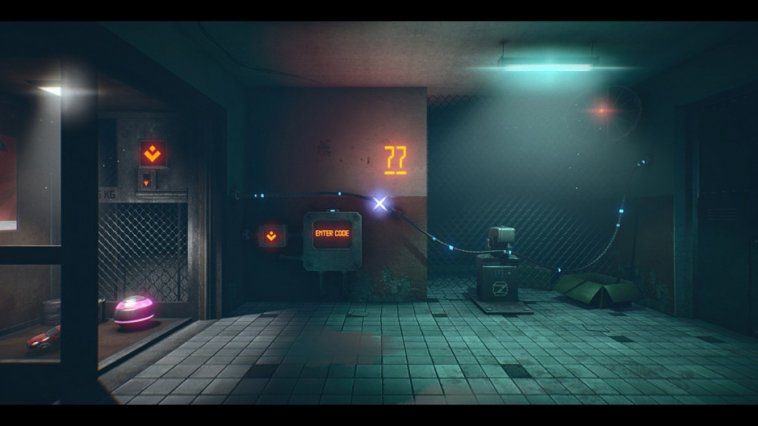 7th Sector has become a window into the dark fantasy world of the future, not only for the player, but also for me. This project was very interesting and challenging experiment in my practice of game development. Many of the elements and techniques that I used in previous projects were not applicable here, and it was necessary to study a lot of new material.

Development of the game is not just a job to create a product; it is a lifetime! In the process, you are completely immersed in a virtual world, in each location, worry about the characters and experience a huge variety of emotions.

Initially, the game was conceived as a short arcade game without an in-depth plot and semantic load. But in the future, the project grew into a full-fledged story with a thoughtful game world, the elements of which are not always obvious at first glance. Devil in the details! In the universe of the game 7th Sector is a powerful corporation that specializes in the development of a military nature – robotics and weapons. The background of each location lives its own life and can tell the player a lot about what secrets this mysterious organization hides.

The study of canonical works on the topic of cyberpunk and the dystopian future gave great inspiration in the work on the project. Ridley Scott’s “Blade Runner” had a special influence on the atmosphere of the universe. Rain, bright neon light and foggy metropolis with numerous high-rise buildings and flying supercars. All this will accompany the player, seeking to find the answers and solve the intricate puzzles encountered on the way!