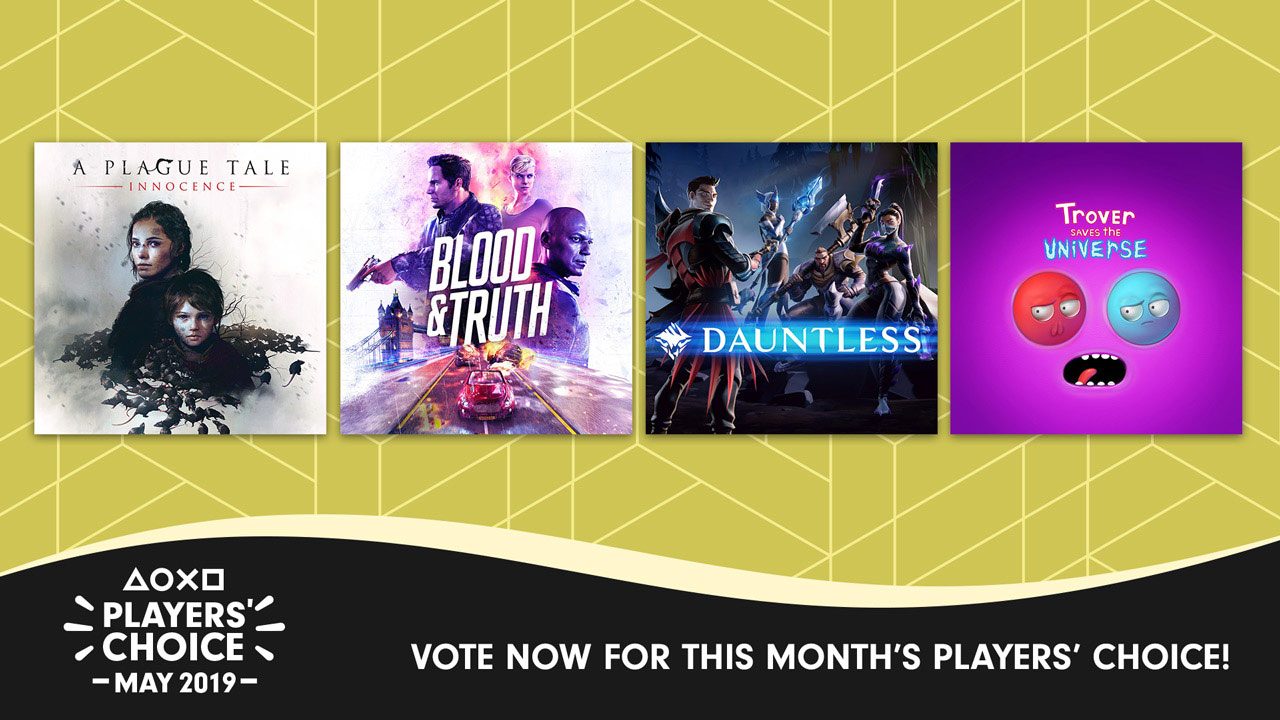 We’ve got a big one for you this month! May 2019 was chock-full of new releases for both PS4 and PS VR. From the peaceful greens of Everybody’s Golf VR to the wild wasteland of Rage 2, there really was something for everyone last month, but only of them can be voted the best by PlayStation.Blog readers (that’s you).

We’ll keep the polls open until Sunday night at 11:59pm Pacific, so get those votes in before then. Better yet, since you’re already here, do it now! Go on, just scroll down a bit!