Paul Bettany Was Sworn To Secrecy Over His Favorite Solo Easter Egg | Blogdot.tv 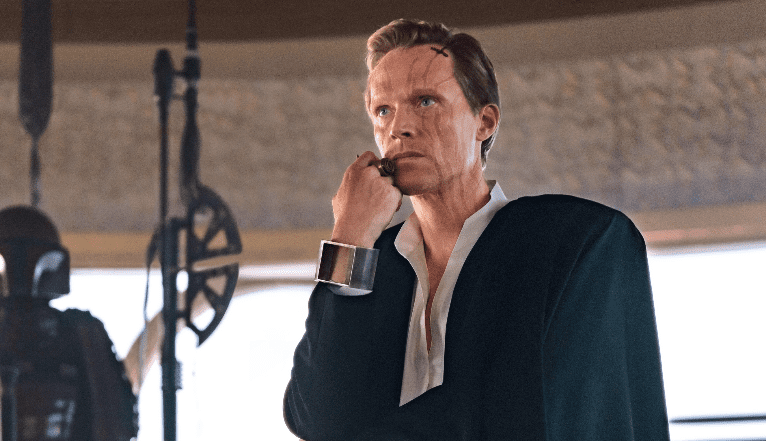 Solo: A Star Wars Story is crammed to bursting with references to previous Star Wars movies, animated series, books, and even video games. It’s way too much for any one fan to spot them all in a single viewing, but you’re going to want to keep an eye out for one Star Wars Easter egg in particular when you see Solo this weekend, according to actor Paul Bettany.

Bettany stars in Solo as the villain Dryden Vos, a powerful crime lord. As such, he has quite the collection around him of oddities and treasures. And at least one of those is a stellar Star Wars reference, Bettany told GameSpot when we asked the actor if he has a favorite reference or hidden gem in the film.

Bettany gave one hint: The object is located in Dryden Vos’s study, a prominent location in the movie where multiple pivotal scenes take place.

According to Bettany, whatever the object is, Jonathan Kasdan himself had snuck it into the picture. Although Bettany isn’t sure if it made the final cut. “We’ll see if it makes the movie,” he said. “But people will pause [in that scene]…There’s a lot of stuff to look at [in that environment].”

In our Solo review, we said, “It’s valid for some fans to wish Disney would devote resources to telling fresher tales that don’t rely so heavily on nostalgia and existing plots and characters…But Solo: A Star Wars Story is what we have right now, and if it’s simply an enjoyably well-crafted side story, well, is that really so bad?”

Also check out our history of the Millennium Falcon, where Solo takes place in the Star Wars timeline, whether C-3PO gets his usual cameo, and everything you need to know about the Star Wars card game sabacc.