Party Game Save Your Nuts Scampers to Xbox One Today | Blogdot.tv

Our indie game studio Triple Scale Games is proud to announce today that our eight-player couch and online party game Save Your Nuts is out now on Xbox One. A free demo is already available for you to play through the tutorial and the mode Capture the Nut where an acorn is dropped for teams to fight over to score it. Play solo with bots or with a group of up to eight local players. You can try two first arenas: the Park and the Garden. You can also check the free trial to experience the entire game for 30 minutes.

Apart from the Capture the Nut mode, Save Your Nuts includes Thieves, a war to steal multiple enemy’s nuts while protecting your own team’s, and Battle, a fight to determine who will be the last animal to keep their nuts intact. Each of the game’s three modes is playable across 10 different arenas ranging from backyards and parks to castles, ships and even outer space! These maps are filled with unique hazards and power-ups that help players turn the tide of battle.

Up to eight players can compete locally, online or against challenging AI opponents. Save Your Nuts is easy to play but hard to master with a challenging AI and interactive environments that will keep you on your toes. It’s perfect for couch party game nights with friends or online parties for competitions, as it includes a trio of unique modes and 10 exciting stages to wreak havoc in.

The title is accessible, too, and invites those who don’t typically play video games to enjoy its competitive and cooperative gameplay at their own pace. Solo players won’t miss out on the fun, as Save Your Nuts is endlessly replayable and includes an array of adorable, customizable characters to dress up. If you ever wanted to bust some nuts as a beaver in a sombrero, look no further. 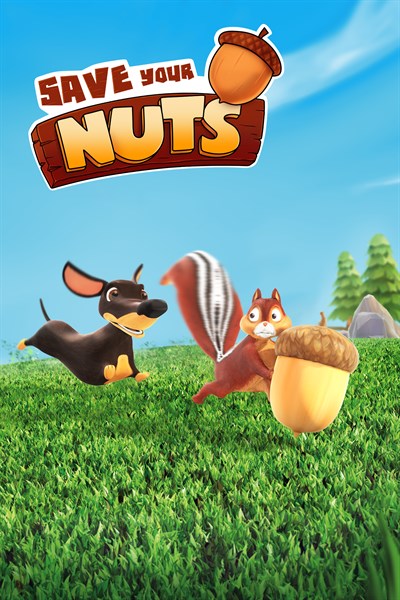 ☆☆☆☆☆ 1
★★★★★
$14.99
Get it now
Free Trial
Go nuts in this insane 1 to 8 players chaotic arena party game. Put your cooperation skills to the test over intense physics-based battles mixing casual offline modes and competitive Online matches. In Save Your Nuts, crafty squirrels organize a tournament to challenge other animals in a physics-based competition for the ages. Make daring plays alongside your teammates, grab food power-ups, and tackle your opponents to steal their nuts in this wild multiplayer-focused party game!