Since the beginning of the year, Xbox fans of No Man’s Sky have been enjoying the fruits of our 5th anniversary celebrations with the release of three major free updates to the game: Companions, Expeditions, and Prisms. Today we are thrilled to release our biggest update of the year: Frontiers.

With No Man’s Sky, we always want to let players step into the cover of a science fiction book, to explore an infinite universe. One aspect of that fantasy, perhaps requested more than any other feature, but which has never been possible until now, is wandering across alien planets to find living, breathing settlements.

For the first time in No Man’s Sky, the Frontiers update introduces populated settlements to the universe. Upon encountering these communities, travellers can choose to help them, even lead them, ensure their future prosperity and happiness, and ultimately develop these fledgling towns into even larger urbations.

If you choose to become the Overseer of a settlement, you can construct new buildings, to see your town grow as you welcome new inhabitants. Citizens will look to you to help solve their problems, make important decisions, keep them safely below sentinel radars, and help defend against drone attacks.

Our very first update for No Man’s Sky was to introduce base building, something which has become one of our most popular features. Frontiers brings a huge overhaul with hundreds of new base parts, advanced building controls and a new grid menu to aid with even more fanciful constructions.

And the long-awaited Expedition 3, Cartographers, is just around the corner. Join in this latest seasonal event which starts all players in the same place and, as the name suggests, focuses on planetary mapping and exploration. Players will start their adventure with a technologically unique ship which requires bespoke materials to repair. They will need to thoroughly explore their starting world to escape the toxic atmosphere of planet Gisto Major.

Frontiers is our 17th major (free) update to No Man’s Sky since our initial launch five years ago. We are thrilled to be able to continue evolving this universe we have created and to continue this adventure with our Xbox players.

☆☆☆☆☆ 609
★★★★★
$59.99 $29.99
Get it now
Xbox One X Enhanced
PC Game Pass
Xbox Game Pass
No Man’s Sky comes complete with all 12 major updates up to and including Origins, our 3.0 update which dramatically expands the universe. Inspired by the adventure and imagination that we love from classic science-fiction, No Man's Sky presents you with a galaxy to explore, filled with unique planets and lifeforms, and constant danger and action. In No Man's Sky, every star is the light of a distant sun, each orbited by planets filled with life, and you can go to any of them you choose. Fly smoothly from deep space to planetary surfaces, with no loading screens, and no limits. In this infinite procedurally generated universe, you'll discover places and creatures that no other players have seen before – and perhaps never will again. Embark on an epic voyage
At the centre of the galaxy lies a irresistible pulse which draws you on a journey towards it to learn the true nature of the cosmos. But, facing hostile creatures and fierce pirates, you'll know that death comes at a cost, and survival will be down to the choices you make over how you upgrade your ship, your weapon and suit. Find your own destiny
Your voyage through No Man's Sky is up to you. Will you be a fighter, preying on the weak and taking their riches, or taking out pirates for their bounties? Power is yours if you upgrade your ship for speed and weaponry.
Or a trader? Find rich resources on forgotten worlds and exploit them for the highest prices. Invest in more cargo space and you'll reap huge rewards.
Or perhaps an explorer? Go beyond the known frontier and discover places and things that no one has ever seen before. Upgrade your engines to jump ever farther, and strengthen your suit for survival in toxic environments that would kill the unwary. Share your journey
The galaxy is a living, breathing place. Trade convoys travel between stars, factions vie for territory, pirates hunt the unwary, and the police are ever watching. Every other player lives in the same galaxy, and you can choose to share your discoveries with them on a map that spans known space. Perhaps you will see the results of their actions as well as your own… 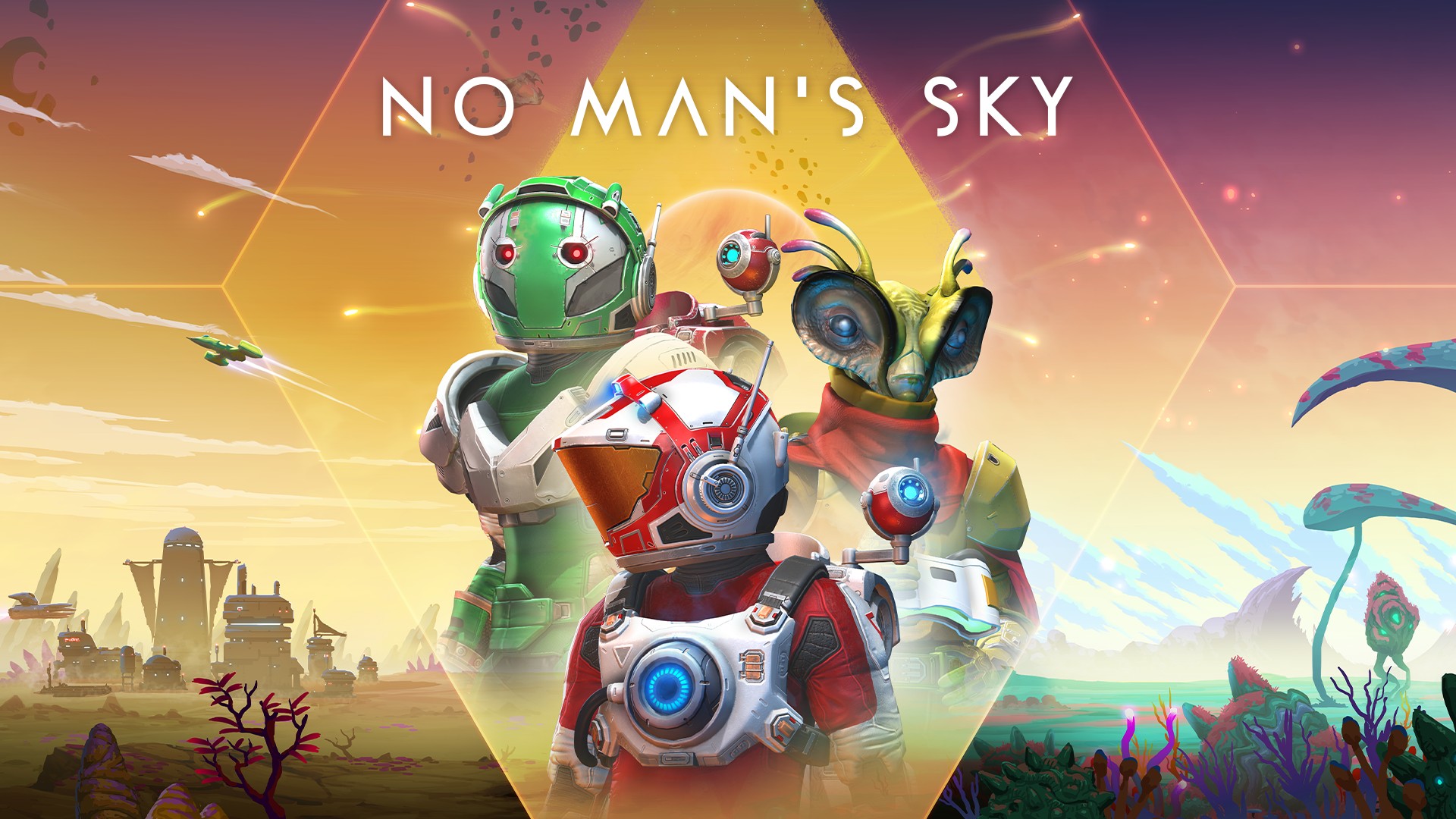