On August 9, the 5th anniversary of our PlayStation launch, we teased our 17th update, Frontiers. Today, we are pleased to let players see what we’ve been working so hard on.

It’s a huge update, with a focus on improving base building and introducing occupied settlements on planets.

Clusters of pioneering aliens have banded together to build planetary settlements. These little communities, bustling with life and promise, can now be found on all inhabited planets across the galaxies.

Found your own settlement 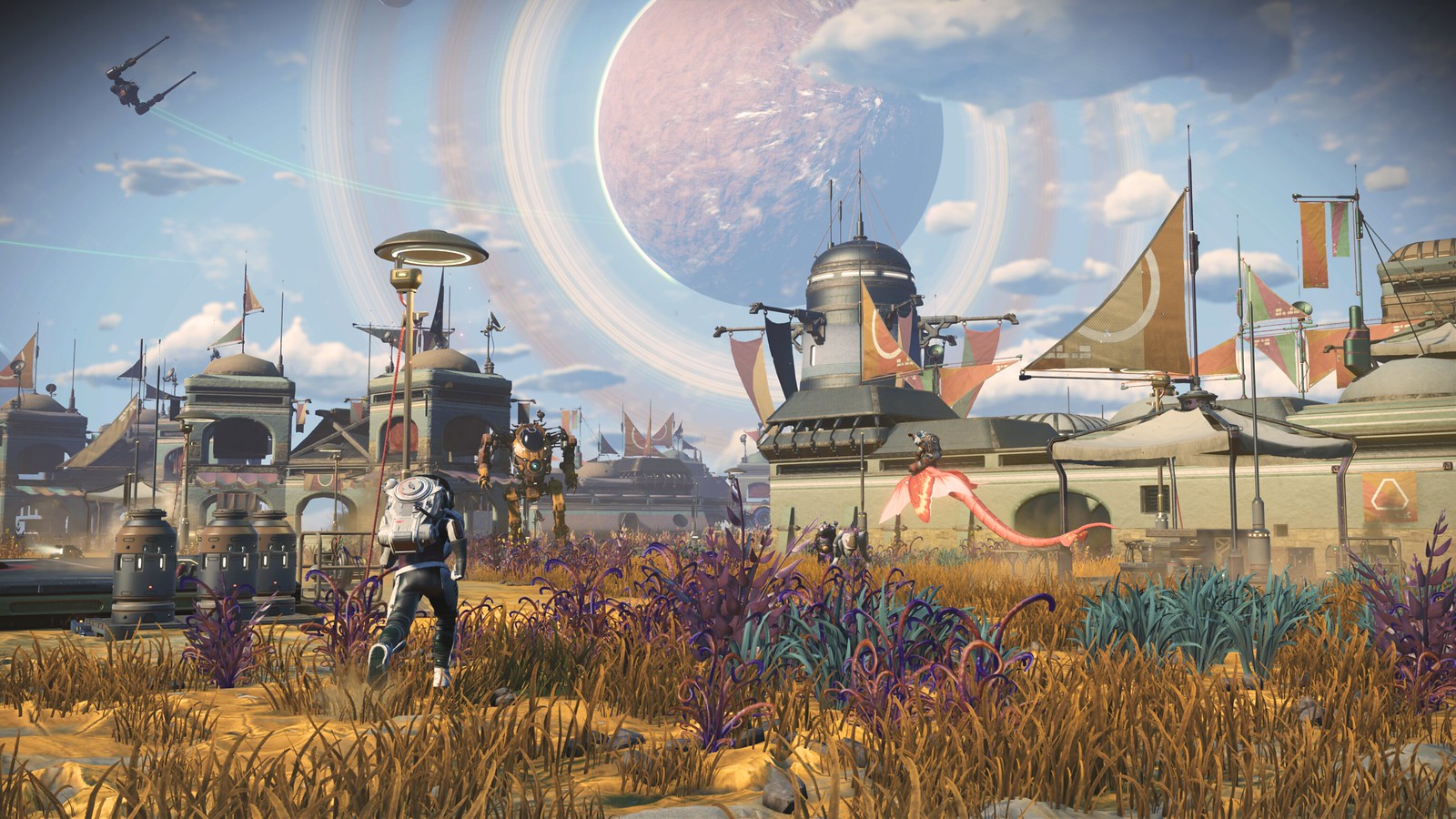 Submit your management credentials to become overseer of a settlement, rename it, and assume leadership over its citizens. The settler population will look to you for town planning, treasury management, policy decisions and conflict resolution. Every settlement is procedurally generated, with unique buildings, neighbourhood layouts, colour schemes, and interior and exterior decoration.

Ungoverned settlements start off small and modest, with a sparse population and only a few buildings scattered around their town centre. Provide resources to construct new buildings and transform your ramshackle collection of dwellings into a flourishing town! 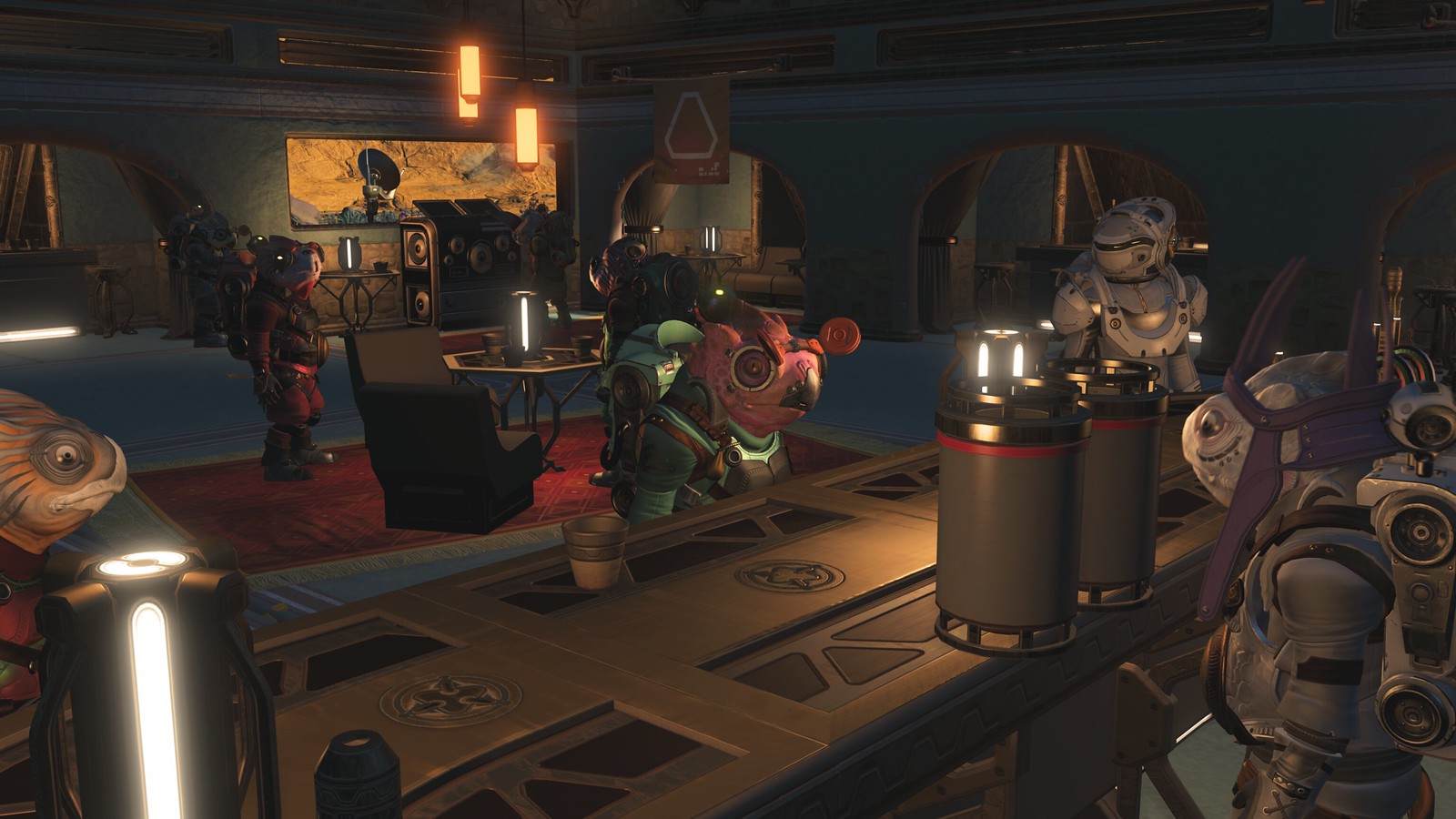 Settlement life is not always harmonious! As overseer, you will occasionally be called upon to help resolve disagreements between settlers. Fair and compassionate judgements will result in happier citizens!

Hundreds of new base parts

Construct your own settlement-inspired bases with a huge array of new base parts. New structural sets of timber, stone and alloy pieces create a tremendous range of possible building shapes. Over a hundred new decorative parts create all-new ways to add personal character to bases.

This community adventure has a different feeling from previous expeditions. Travellers will begin their journey with a technologically unique starship, featuring an advanced waveform engine and powerful frameshift catapult. 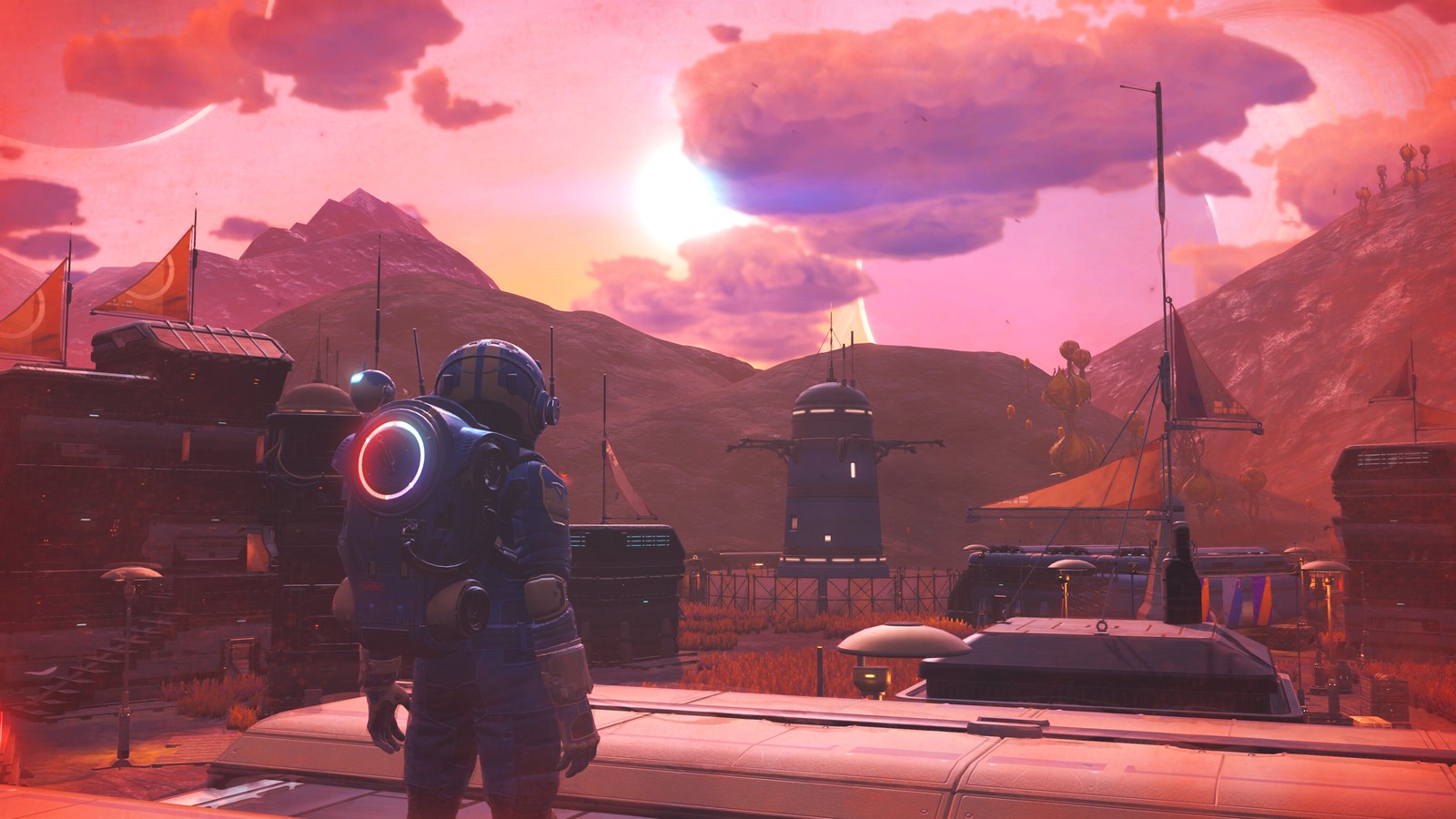 Almost all of the game’s visual effects have been revisited, revamped and improved. Weapons and explosions feel much more punchy and add a new visceral element to combat.

Introducing a clean, minimal, contextual HUD to place, scale, rotate and recolour base parts. See all your building parts in an easy-to-parse grid. You’ll notice some you forgot about! You can now pick up and move base parts you’ve placed, duplicate parts, or build impossible new structures in free place mode.

Coming soon, another round of in-game No Man’s Sky rewards will be available to earn by watching streamers play the game on Twitch.

Frontiers represents another major milestone in the No Man’s Sky journey and we’re thrilled that PlayStation players the world over continue to be absorbed by the ever-evolving universe that we have created.