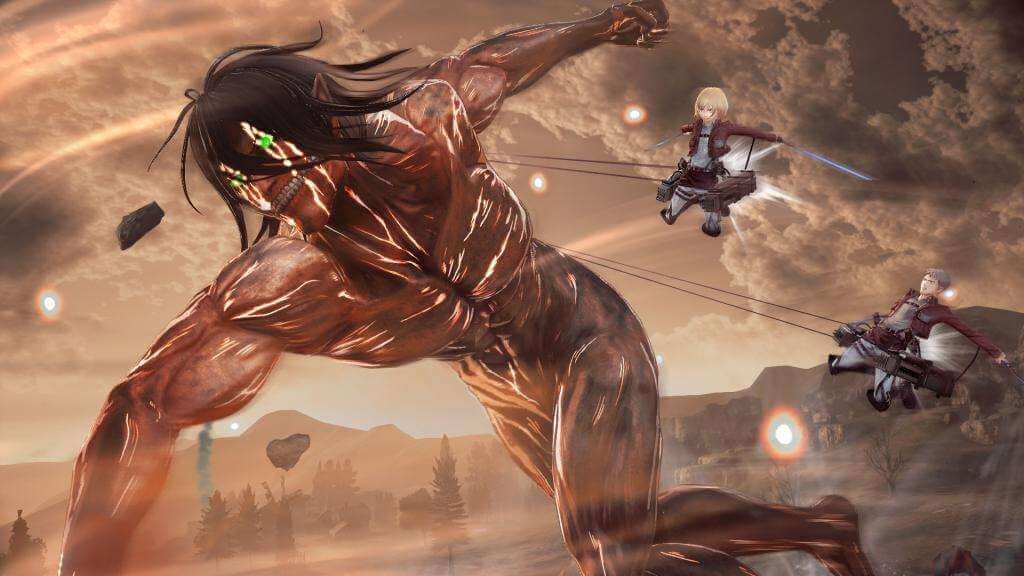 Koei Techmo’s Attack on Titan 2 is just a few months away, but some fresh gameplay details for its visceral titan-slaying action have arrived. New multiplayer details have surfaced, which include more information on the title’s online co-op and competitive modes.

From what we know about the game itself, it seems to be a bit more involved than its predecessor. It takes place during the anime’s second season, which aired last summer. New RPG elements have been added to allow you to build relationships with different characters from the series, there are additional support and stealth gameplay elements, and older features have been balanced.

The new online features include an online co-operative mode for story and scout missions, and a competitive PvP mode. Annihilation Mode is a 4v4 battle against the titans to see which team can earn the most points in the time limit. Building defenses and slaying titans are surefire ways to earn points, but those aren’t the only ways.

Annihilation Mode also allows players to sabotage one another using different kinds of bullets. Numbing bullets paralyze enemies for a brief period of time, and paint bullets cover the victim’s screen and mini-map. In the last minute of every round, the stakes become even higher; any points earned will be doubled.

Attack on Titan 2 was announced in August of last year. It will release for PS4, Xbox One, Switch, and PC on March 20.