Last week, we announced a new Game of Thrones sweepstakes featuring custom House Targaryen and Night King designed consoles, and you didn’t think we’d just stop there, did you? We’re thrilled to unveil this giveaway will also include a third prize – an Iron Throne designed custom console! The fight to rule from the Iron Throne started nearly a decade ago and launched countless wars, battles and betrayals. It’s almost time to see who will reign victorious over the Seven Kingdoms, and it’s only right we made an epic custom console to honor this moment in television history.

Just like the Iron Throne that sits in King’s Landing, the console features the swords of enemies that surrendered to Aegon the Conquerer. This is only the third custom design created for the newest member of the Xbox One family – the Xbox One S All-Digital Edition. Built for disc-free gaming and entertainment, the Xbox One S All-Digital Edition comes bundled with Minecraft, Sea of Thieves and Forza Horizon 3. This Iron Throne console is truly fitting of the king or queen of Westeros! 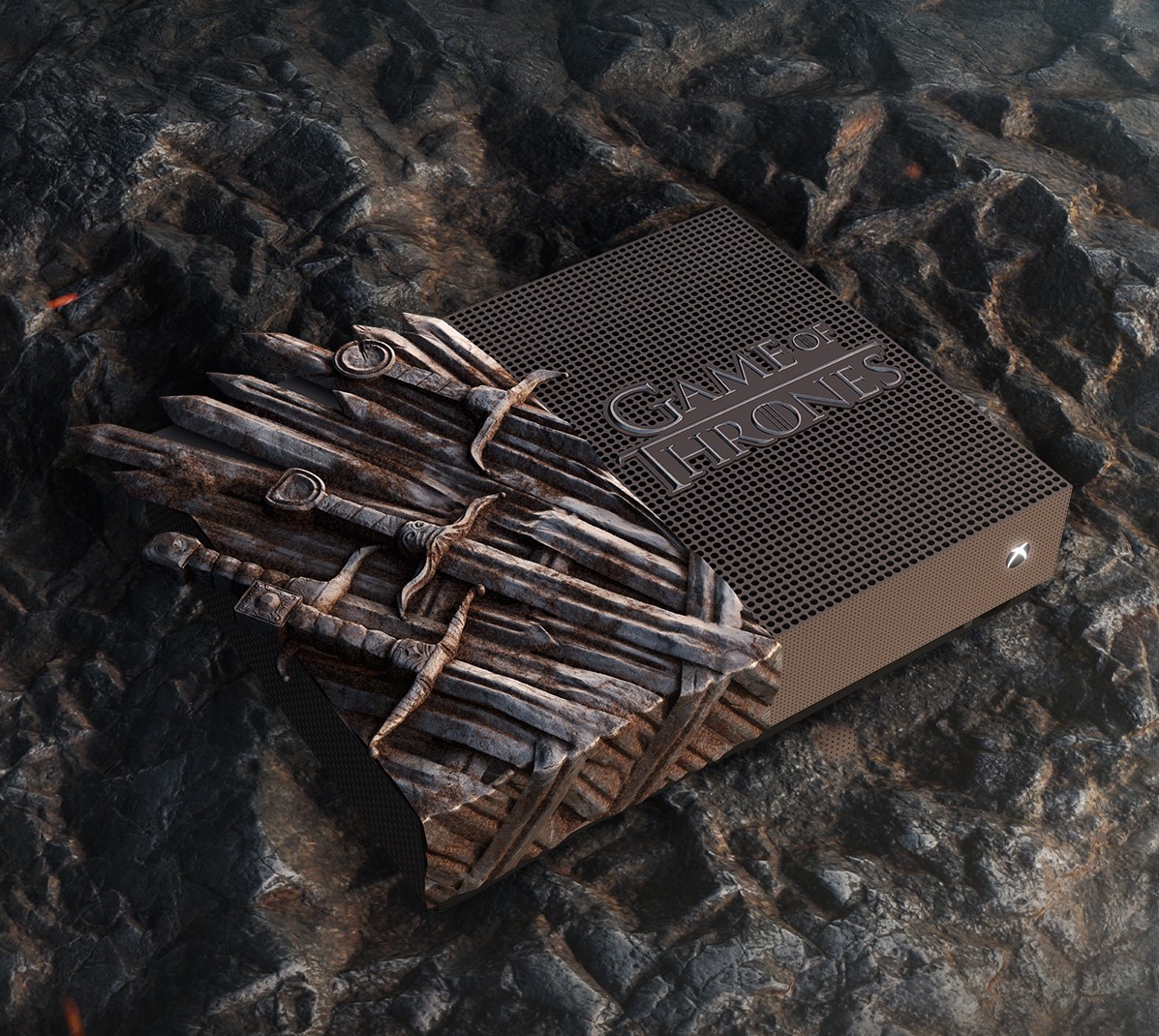 Open until May 22, fans just need to RT our official Twitter post or “like” the official Facebook post announcing the giveaway. At the end of the giveaway, only three fans will be able to game with House Targaryen, the Night King or the Iron Throne at their side. What new heights will your gaming reach with “Game of Thrones” at your side? For full giveaway rules, see here.

Don’t forget to tune in to the “Game of Thrones” series finale on May 19 to see what prophecies come to life, which characters will give their lives to their cause, or whom – if anyone – is left as the new ruler of the Seven Kingdoms.

Your favorite characters have killed, schemed, risen back from the dead and much more in their quest to ascend onto the Iron Throne. Don’t miss out, these custom consoles are the ultimate prize for gamers and “Game of Thrones” fans around the world!

Related:
Compete for the Best Prize in the Seven Kingdoms: A Custom Game of Thrones Console
Inside Xbox April Episode News Recap
Introducing the Newest Member of the Xbox One Family – the Xbox One S All-Digital Edition