So, Bob set about his task – a time-consuming build, as the printing of the casing and parts for the jukebox took over 75 hours to complete, not accounting for the failed prints. “My printer is a Prusa i3 MK3S, an excellent and reliable printer,” Bob tells us, “but it requires mechanics like the belts to be properly tuned and adjusted. Once the printer and 3D software are dialled in, it’s stick-to-it. Major parts took from 4–12 hours to print, over about four months. 3D printing is iterative, and I’m a poor planner. A few long reprints were needed once the electronics were ready to be fitted, to correct for clearances and other problems.”

So, what do the internal workings consist of? “Raspberry Pi is at the base of a stack of electronics,” says Bob. On top of Raspberry Pi, which runs the Volumio music app, Bob has an IQaudio DigiAMP+ HAT to route music to two Dayton Audio RS100-8 full-range speakers, and above that is an Adafruit Perma-Proto board powered by 5 V from the IQaudio amp. “That board hosts a SparkFun Sound Detector through an Arduino Micro. The Arduino uses the Sound Detector output to power NeoPixel strings for sound-reactive lighting effects.” 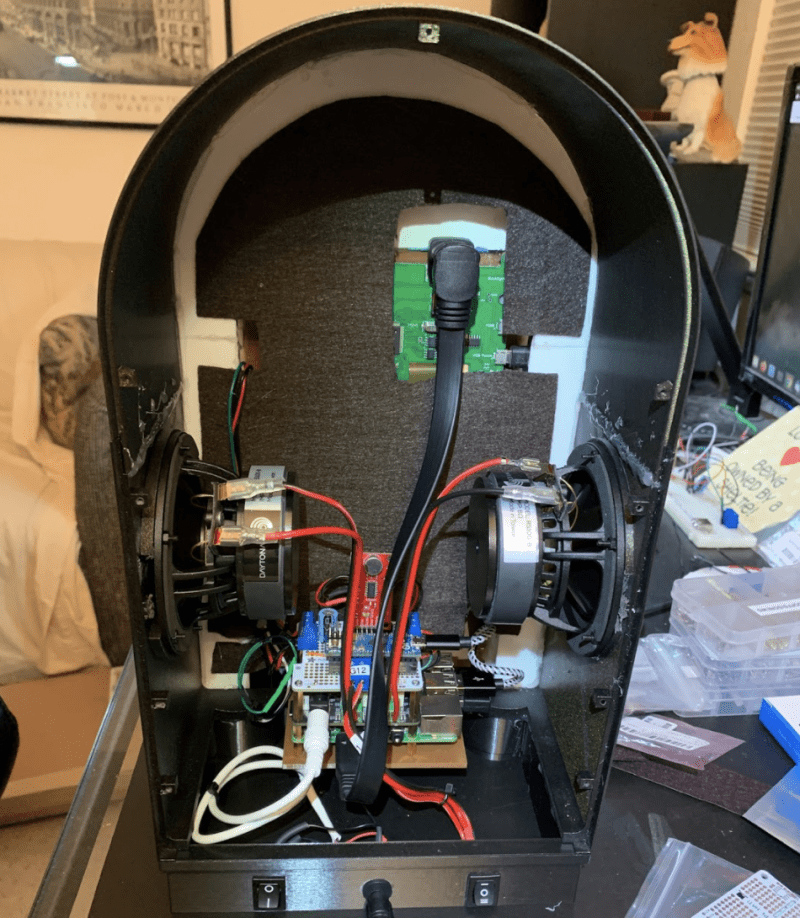 The Modern Jukebox can be controlled either by the touchscreen display or via a web page from a computer, tablet, or phone, courtesy of Volumio. The user can raise and lower volume, choose music, skip tracks, pause/play, and so on. “On the back, there’s an on-off switch and a switch that controls the NeoPixel LEDs,” Bob reveals. “The ‘Tube’ LEDs around the outside can be set to sound-reactive, bubble/chaser through a colour wheel, or off. The LEDs around the grille rotate through a colour wheel at startup, then stay lit always.”

Bob is very appreciative of the work of others that has inspired and aided him in his jukebox design. “This jukebox was such a long project, it wouldn’t be possible without prior art from other makers,” he notes. “I built on the efforts of Marco Gregorio for the 3D jukebox model, and Michael Bartlett for the lighting effects.” 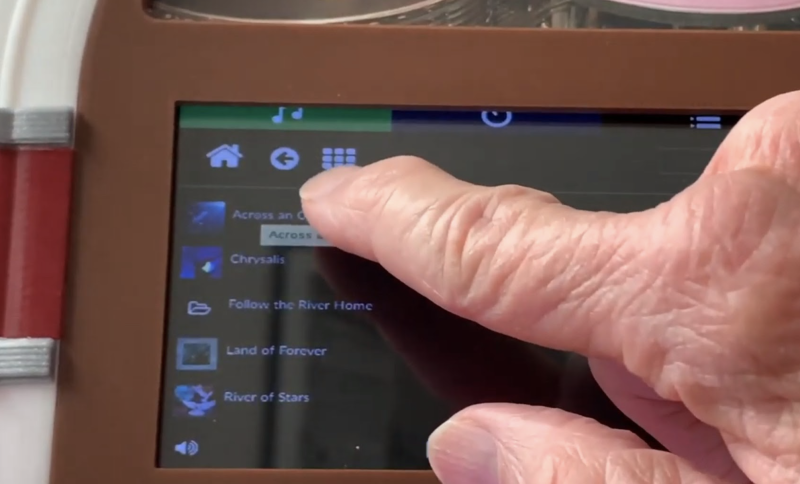 Bob learnt from the work of these makers and adapted it for his own project. “I modified Marco’s excellent full-sized, solid 3D Wurlitzer model. There were a very large number of components to review – what to keep, what is missing – to make this a scaled-down, modern-tech, 3D-printable object.”

It’s fair to say that Bob’s Modern Jukebox has been a labour of love, but he’s received some super-enthusiastic feedback from makers and admirers, with one friend asking, “Wow – is he taking orders?” Bob estimates that he has spent around 160 hours in the course of a year on his creation, but a quality output requires an investment of time. “I’m not on a deadline, so my approach to projects is like ‘painting the Sistine Chapel’ – it takes an unknown amount of time and it’s done when it’s good!”