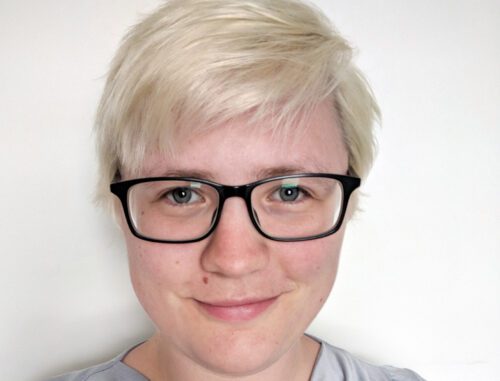 Keza MacDonald has been a video games journalist and critic for more than 15‭ ‬years‭, ‬and is currently video games editor at The Guardian‭.‬ In the latest issue of Wireframe magazine, she tells us how her love affair with the Japanese gaming industry started.

When I was a kid, Japan was synonymous with video games. Unlike the home-computer-raised British children of the 1980s, I grew up with Nintendo (and, more reluctantly, with Sega), and later with PlayStation. My first console was a SNES, my second an N64, my third a PlayStation 2, and my fourth a Dreamcast bought on the cheap just after it was discontinued, and all of my formative gaming experiences were Japanese.

I’m not just talking about the obvious stuff, though naturally Mario, Zelda, and Pokémon were a huge part of my childhood. I used to sit and peruse issues of Super Play and N64 Magazine in the magazine aisle of the supermarket whilst my dad did the weekly shop, poring over tiny screenshots of mysterious imported Japanese games like 64 Ōzumō and Harvest Moon. For my N64, I didn’t buy GoldenEye (primarily because my mum wouldn’t let me, but still) – I bought Konami’s Mystical Ninja Starring Goemon, a bizarre musical RPG set in a surreal Edo-period-inspired Japan. I bought Treasure’s bizarre action game, Mischief Makers. On Dreamcast, my introduction to Sega consisted of Space Channel 5, Shenmue, and Crazy Taxi.

Later on, as a teenager, I became a bit of a specialist in digging out obscure Japanese games on the PlayStation 2 and GameCube. I played bizarre evolution game Cubivore, innovative music game Mojib-Ribbon, even more innovative musical shooter Rez, and Chulip (a game about arriving in a new town and working your way up to kissing the girl of your dreams, starting with kissing the upside-down gimp hanging around in the sewer). I discovered, and very quickly became obsessed with, Bemani games like Guitar Freaks and Dance Dance Revolution. I loved the diversity and creativity of Japanese games, and the fact that I often encountered something entirely unexpected in them. Having grown up in a different culture, the language of their cultural references and their sense of humour was intriguingly new to me.

I learned katakana as a teen so that I could read basic menus and muddle my way through imported games. Later, at university, I studied Japanese so that I could spend a year abroad; when I landed in Nagoya, a city on the coast between Tokyo and Kyoto where I spent some of the happiest and most fun months of my life, I remember being weirded out by a sense of déjà vu. I kind of had been there before, but only in games like Shenmue. I had a great time exploring arcades, spending most of my money on random bargain-bin N64 games, travelling the country, and being extremely laissez-faire with my actual studying.

This was in 2008, and what I was witnessing was the tail-end of Japan’s cultural domination of video games. My favourite Shibuya arcade has closed now. Some of the others I used to frequent are still there, but increasingly full of UFO grabbers rather than old Street Fighter cabinets or mysterious rhythm-action games. Shooters and open-world games were becoming the dominant genres, and Japan did neither of them well. Ahead of Keiji Inafune’s famous proclamation that Japan’s games industry was dead in 2009, The “Is Japan over?” op-eds had already started, as the publishers and developers that made many of the weirdest games of my childhood started to fold, the industry started to globalise, and online play became the norm.

Since then, indie games have had a resurgence, but Japan has never developed a particularly robust indie scene. Its games industry still revolves around the huge companies that forged it. We’ve still got Nintendo, Capcom, and Square Enix, but others like Konami and Sega are shadows of their former selves, and we’ve lost Sony’s Japan Studio among many others. Japan hasn’t been at the epicentre of the games industry for many years now. But for those who grew up when I did, it will always be its true home.

Get your copy of Wireframe issue 50

You can read more features like this one in Wireframe issue 50, available directly from Raspberry Pi Press — we deliver worldwide.

And if you’d like a handy digital version of the magazine, you can also download issue 50 for free in PDF format.