Since we launched Marvel’s Spider-Man, we’ve been absolutely floored by the amazing response from everyone. Since then, one of the most common questions we have received is, “when can I get more content to play?” You’ll be happy to know that our first chapter of our Marvel’s Spider-Man: The City That Never Sleeps DLC Series, Marvel’s Spider-Man: The Heist, will release in one week on October 23rd. We’re thrilled to continue expanding our original Spider-Man universe with this first of three add-on chapters.

As we have throughout the year for the base game, we worked with Marvel artists on some brand new art for Marvel’s Spider-Man: The Heist. This art illustrating Spider-Man and Black Cat, comes from famed Marvel illustrator and suit designer Adi Granov.

As you play Marvel’s Spider-Man: The Heist, you’ll encounter the beginning of a new, interconnected story taking place over the three chapters of Marvel’s Spider-Man: The City That Never Sleeps. A robbery at an art museum entangles Spider-Man and MJ with an old flame from Peter Parker’s past, Felicia Hardy, aka Black Cat. Beyond new story missions, there’s a whole new faction of enemies, new crimes, new challenges, new trophies, and of course, three brand new suits. 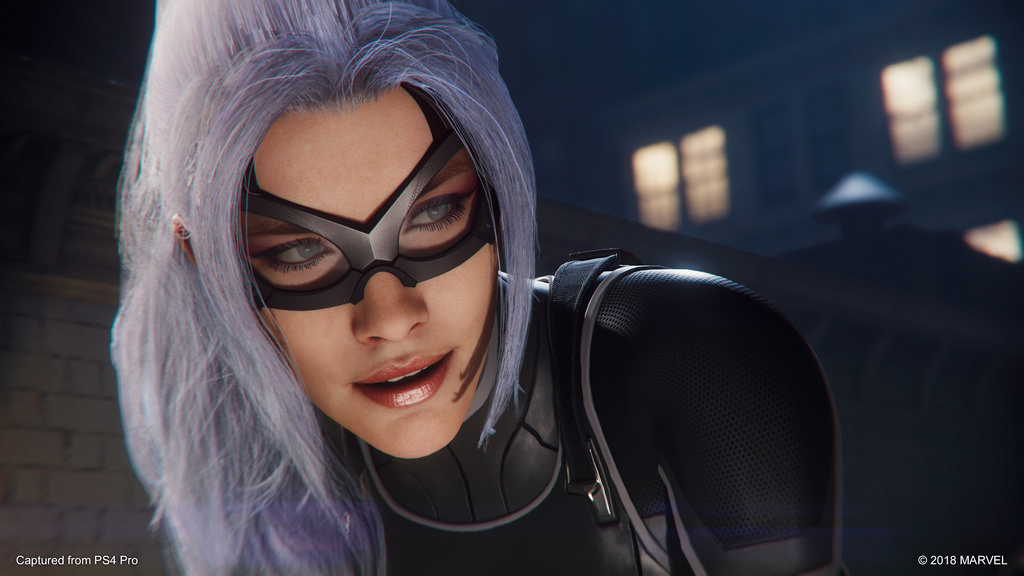 Here’s a first look at the three new suits. One we’d love to highlight is the Resilient Suit, by famed Marvel illustrator Gabriele Dell’Otto. We loved bringing original suits to the game, starting with our Advanced Suit, and continuing with Adi Granov’s Velocity Suit, and this is another great one. Additionally we have two more suits that fans of the comics will recognize, Spider-Man’s suit from Scarlet Spider II, and the Spider-UK suit from the Spider-Verse. 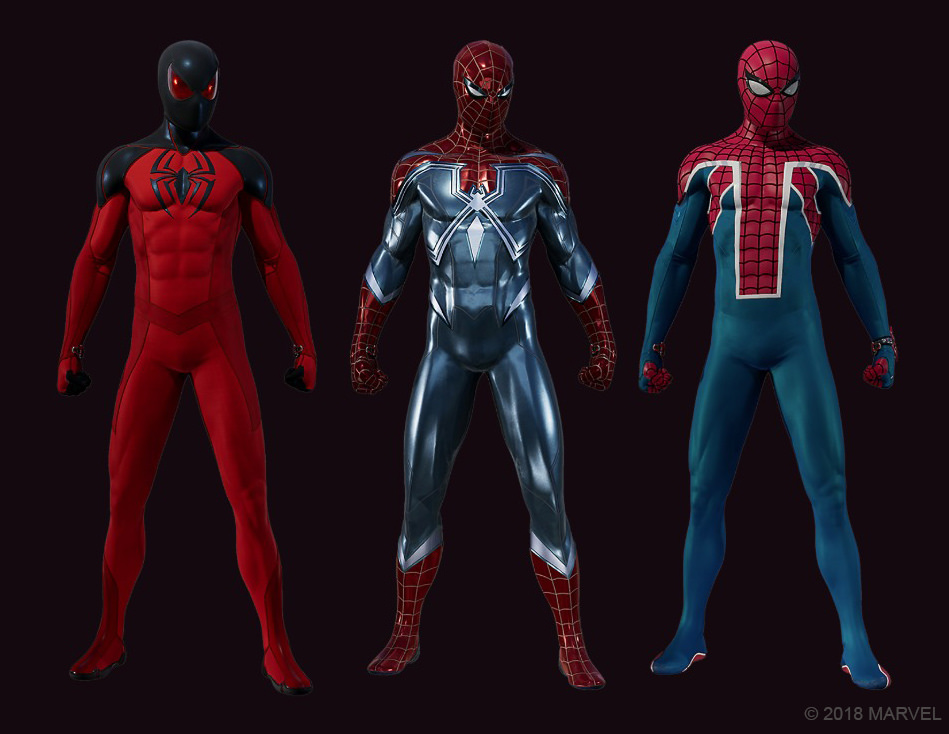 Haven’t picked up Marvel’s Spider-Man yet? Check out the Digital Deluxe Edition – which for $79.99 USD MSRP gets you the full game, as well as all three chapters of Marvel’s Spider-Man: The City That Never Sleeps upon their respective individual release!

Marvel’s Spider-Man: The Heist releases on October 23rd. In case you missed it, here’s another look at the teaser!