Get ready to experience the rise of Miles Morales as a new Spider-Man, coming to PC! In just over a month, Marvel’s Spider-Man: Miles Morales will release on PC on November 18, 2022. Today I’m excited to share all the details on the enhancements the team at Nixxes Software has been working on, and to tell you more about pre-purchase bonuses. 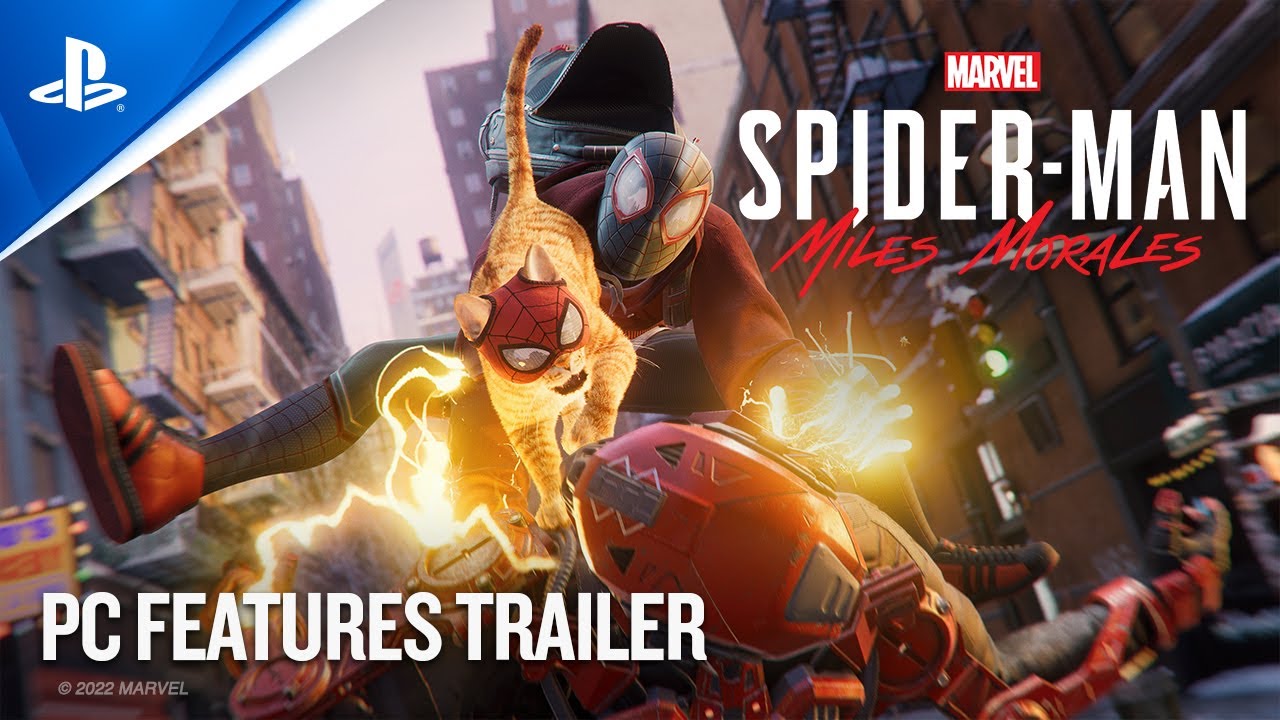 Similar to the PC version of Marvel’s Spider-Man Remastered we released earlier this year in close collaboration with Insomniac Games, Marvel Games, and PlayStation, Marvel’s Spider-Man: Miles Morales on PC features many enhancements, customizable settings and support for a broad range of hardware configurations, all the way from high-end PCs to portable PC gaming devices.

The game features options for ray-traced reflections with a variety of quality levels and newly added ray-traced shadows for outdoor light cast by the sun and the moon. This enables realistic shadows with natural gradients in softness and further enhances the visual fidelity of Marvel’s New York.

In the graphics menu, you’ll find many customizable features, presets, and quality levels to choose from. These include texture quality and filtering, level of detail, crowd and traffic density, field of view, windowed, full screen and exclusive full screen rendering modes, and many other options.

With the wide range of graphical settings and features, we want to ensure that gamers with the latest hardware can push their high-end rigs, but also make the game scale to less powerful systems. Below is an overview of the recommended specifications for a variety of graphical presets.

*Use of performance enhancing upscaling like NVIDIA DLSS is recommended when using both ray-traced reflections and ray-traced shadows.

The game also features extensive customizable control options for mouse and keyboard and controllers. When using a PlayStation DualSense controller on a wired USB connection, you’ll get the full DualSense controller experience, including adaptive trigger feedback and haptic response. And with Steam Input support, you can use a variety of peripherals and get innumerable remapping options.

If you want to be ready to play Marvel’s Spider-Man: Miles Morales the moment it releases on November 18, 2022, you can pre-purchase now on both Steam and in the Epic Games Store for $49.99 / €49.99 If you pre-purchase ahead of the game’s launch you’ll unlock the following game content early:

Since the release of Marvel’s Spider-Man Remastered last August on PC, the teams at Nixxes and Insomniac have been amazed and humbled by the enthusiastic response of PC gamers worldwide. Our heartfelt thanks go out to all of you, and we can’t wait to get the explosive powers of Miles Morales into your hands.