Making costumes for herself and others under the guise of the Maladjusted Milliner takes up much of her evenings and weekends, while Dede’s day job is as an intra-office administrator and logistics expert at Operation Restoration (or-nola.org), a non-profit organisation where “an awesome group of women provide assistance to women and girls affected by incarceration”.

Faced with more downtime than she knew what to do with during lockdown, Dede was keen to keep her mind active and decided to learn about Raspberry Pi. After “binge-watching” the cartoon TV show Bob’s Burgers, an idea for her first Raspberry Pi project began to emerge: the LCD Chalkboard was inspired by the burger of the day displays on the show, as well as “the many smart mirror projects online”. 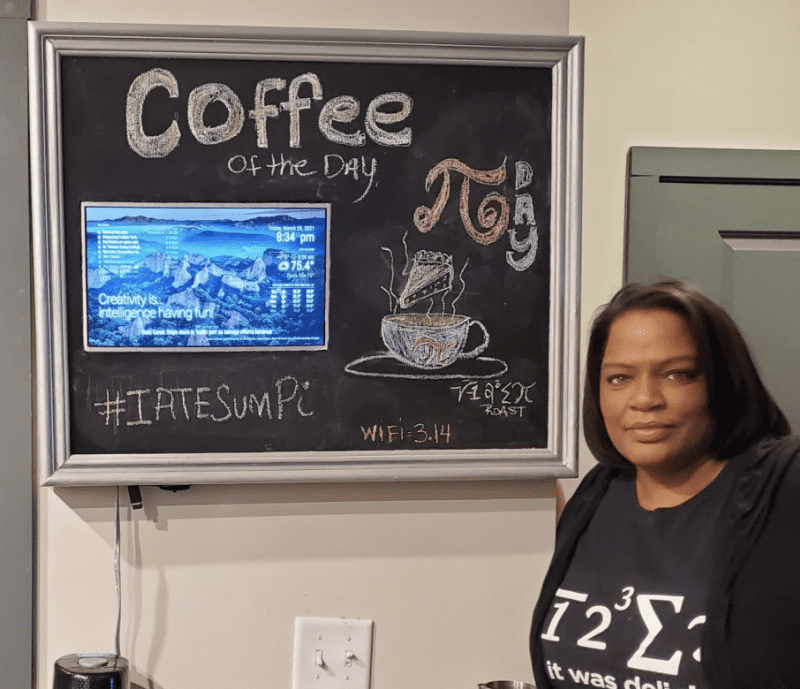 Dede is a confident and experienced wearable tech maker who builds “anything that comes to my mind. Usually I build wearables [for New Orleans’ parades including Mardi Gras], so I like smaller microcontrollers such as Trinket and Feather.” Her love of LEDs and blinking lights started when Dede was helping organise a STEM event for kids and was introduced to microcontrollers, Adafruit, and Arduino. However, coding didn’t click until she picked up a Raspberry Pi Zero W and started learning bits of Python and MicroPython. “For me it is intuitive and just makes sense,” she reports.

By the time she began designing her chalkboard, there were three Raspberry Pi Zero W boards on hand. She needed to adapt the smart mirror example builds she found online as most were not for Raspberry Pi Zero. “But I did find a couple of guys that got it to work, so I cobbled together information from their sites and I was off to the races!” she says. 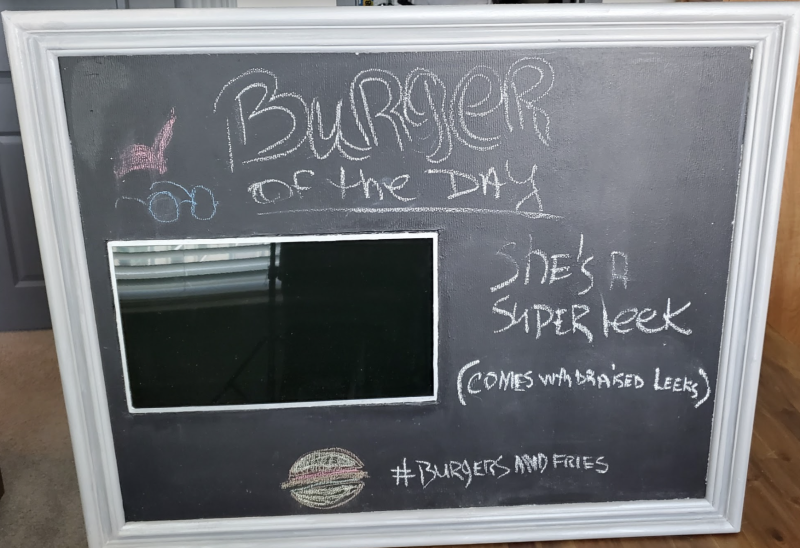 However, using Raspberry Pi Zero meant she had to use it headless. At first she was intimidated by the command prompt, but having followed a useful guide she found online, it’s “so ordinary for me now, I occasionally reboot or shut down my sign with my phone, from my bed.”

The chalkboard design is all Dede’s. She decided to use whatever tools were available, and learnt to use a jig-saw and scroll-saw for this project. Once she was happy with her sketches and the design, the build process took around two weeks’ worth of evenings and weekends. To keep things simple, she stuck with the existing Raspberry Pi OS wallpaper, but intends to customise this with her holiday photos once her coding skills allow.

She’s largely happy with how the project turned out and with Raspberry Pi Zero W, but will eventually upgrade it to Raspberry Pi B+. “More processing power allows for better interaction,” she reasons, and Dede is keen to add face- and voice-recognition by adding speakers and a camera. Along with learning “some basic Java script, and basic Linux commands,” she’s going to invest in a framing square. “I couldn’t find mine during the build and decided to wing it!”