One could argue that the main protagonist of Kingdom Come: Deliverance is history. The game takes place in 15th century Bohemia — 1403, precisely. After the passing of beloved king and Holy Roman Emperor Charles IV, the whole empire is left in the hands of his son, Wenceslaus IV. Sadly, Wenceslaus does not take much after his father, as he neglects the affairs of the realm and instead spends his time feasting and hunting. 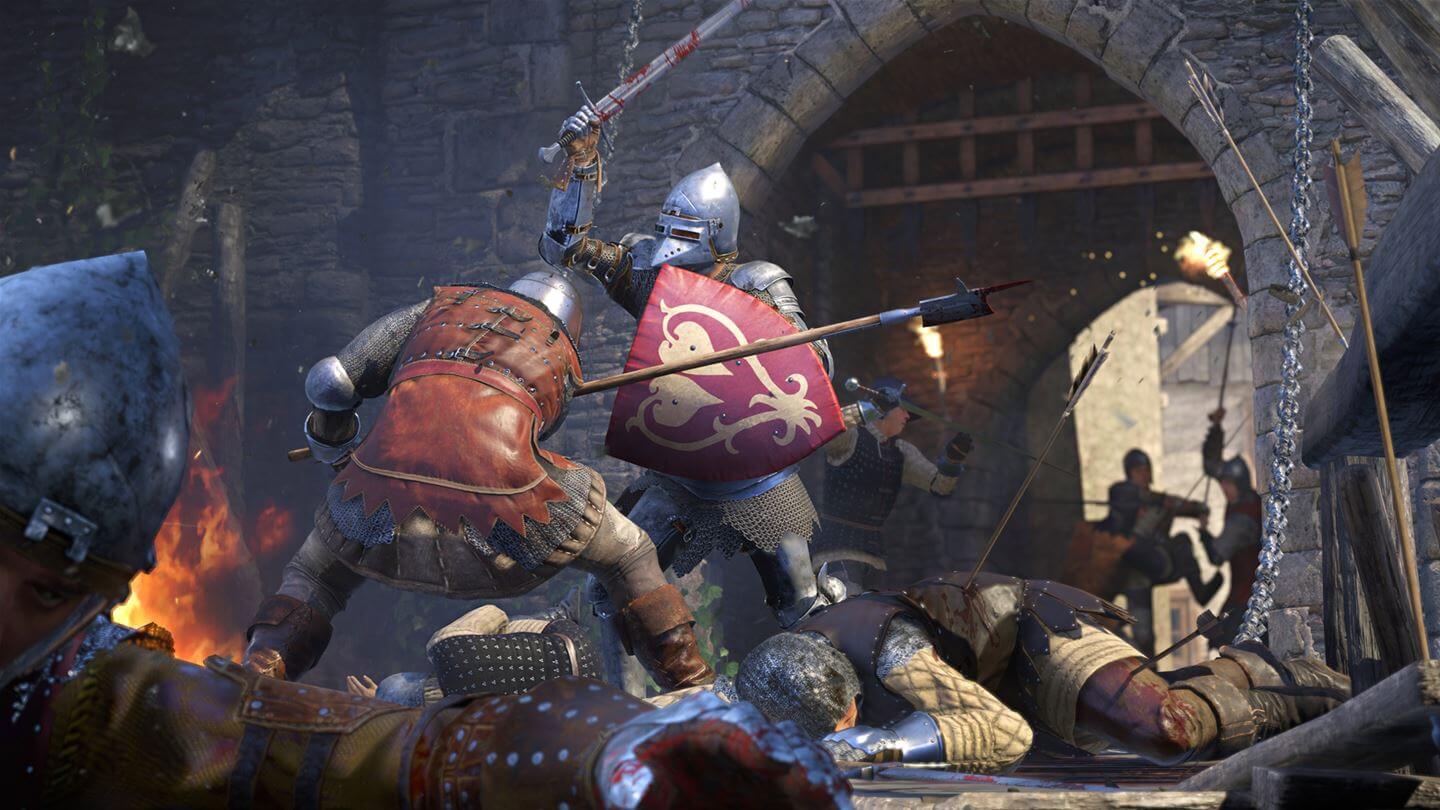 This upsets the imperial nobility and therefore they do not hesitate to turn to Wenceslaus’ half-brother, Sigismund of Hungary, who swiftly decides on a radical solution. He invades Bohemia, imprisons Wenceslaus, and lets his army of mercenaries pillage the king’s estates, one of those being a mining town called Silver Skalitz.

The player takes a role of Henry, a young blacksmith’s son from Silver Skalitz. Henry’s life is turned upside down when the civil war reaches his family’s doorstep. The story for Kingdom Come: Deliverance is closely tied to historical events and features real characters, like Sigismund of Hungary or Jobst of Moravia, but at the same time provides enough freedom for players to shape their own stories and develop Henry in a way that they enjoy. 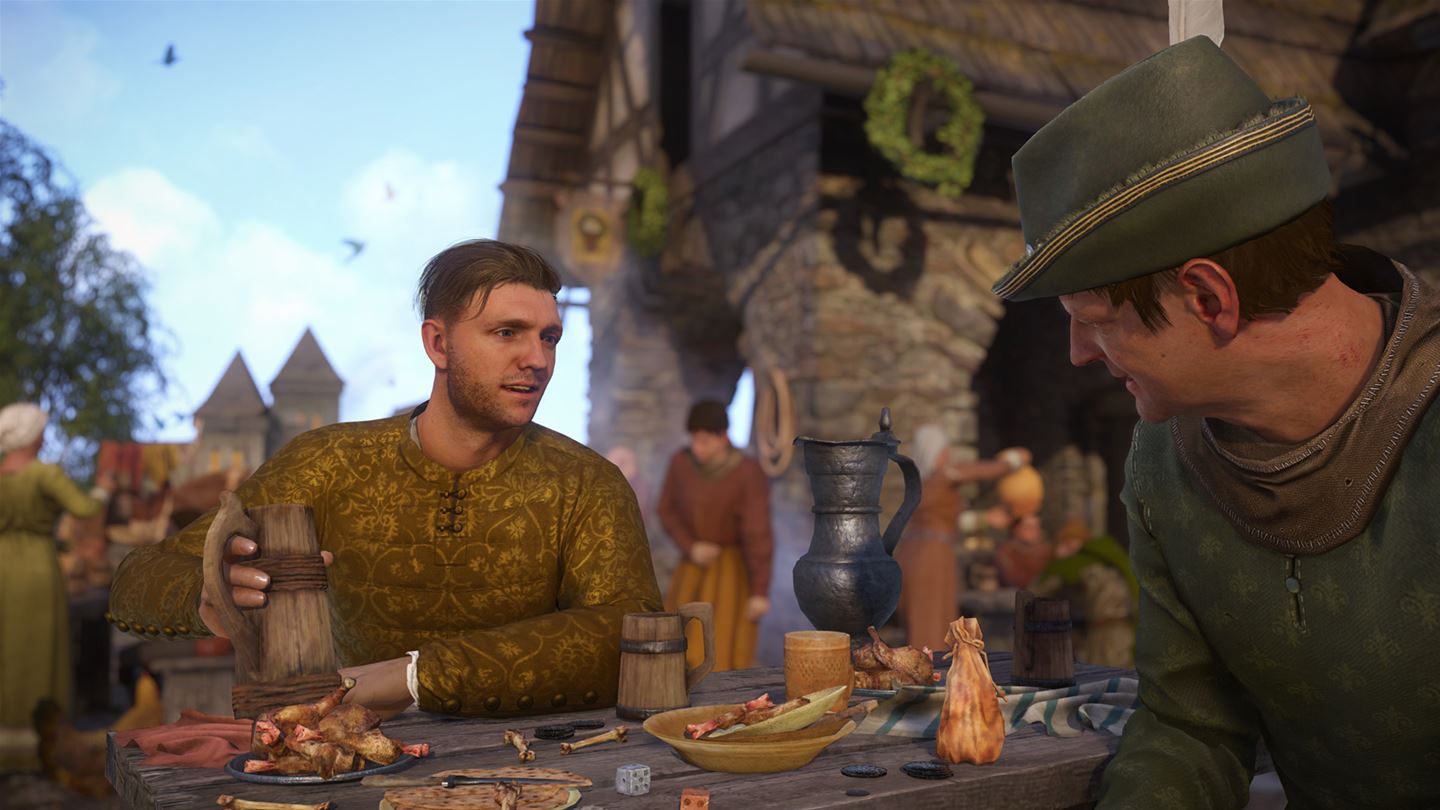 Accuracy. This is the fundamental concept of the overall world design of Kingdom Come: Deliverance. It’s this notion and the attention to detail that makes the world unique. There are several castles, Pirkstein or Talmberg in particular, that are recreated as close as possible to their real-world counterparts, showing them exactly as they would have looked like in the early 15th century.

Furthermore, every village house or shed is modeled according to authentic medieval architecture. The chase for accuracy and proper immersion also means locations are recreated in a 1:1 scale. 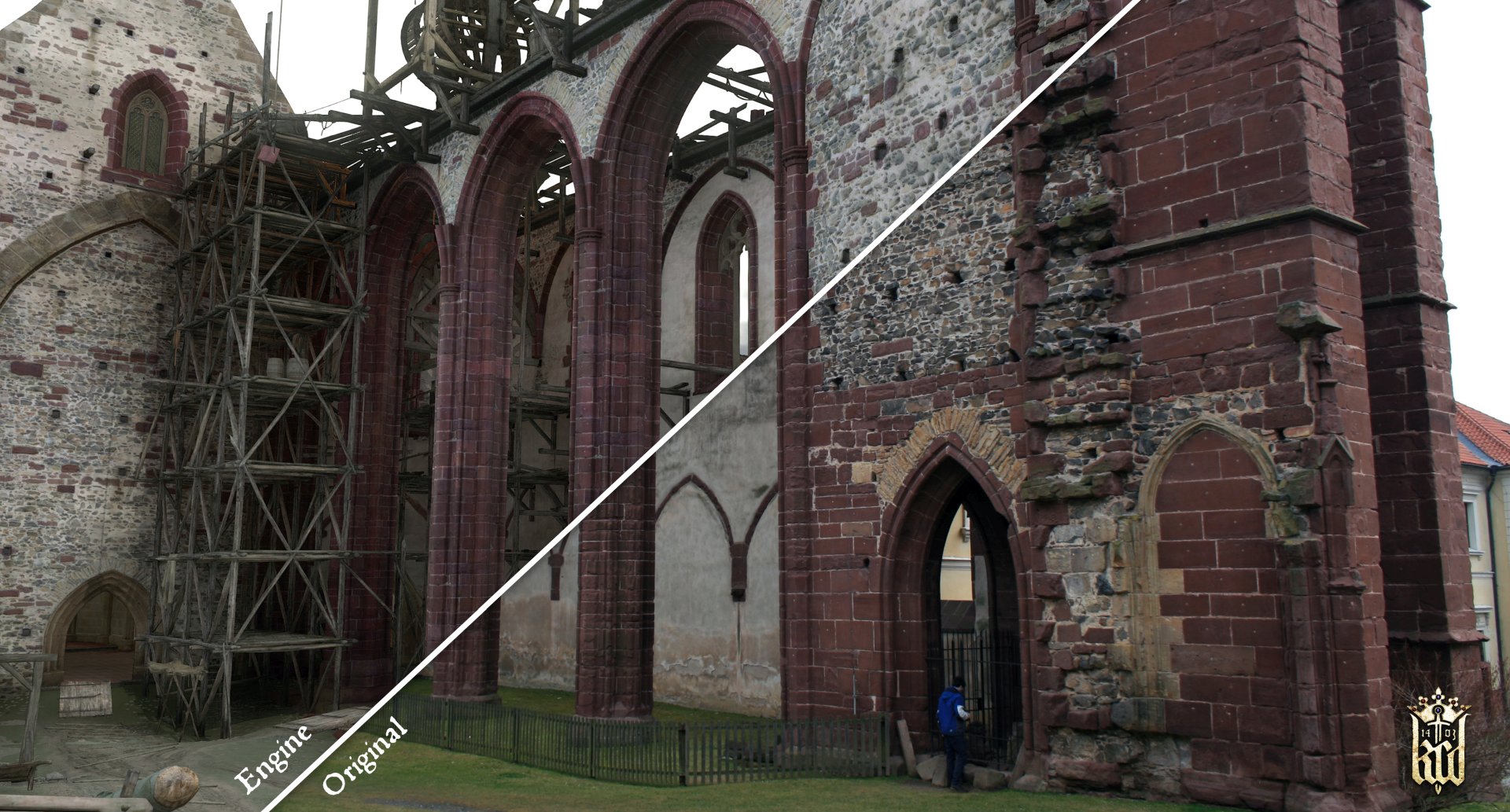 One of the largest structures in the game is the Sasau monastery. The team behind Kingdom Come: Deliverance did a lot of historical and on-site research to recreate such a place to even the smallest of details.

Even the overall landscape design mimics the true lay of the land around these major locations inside the game. Rivers and hills are placed as they are in real life, and playing Kingdom Come: Deliverance is as close to visiting real-life central Bohemia as you can get. 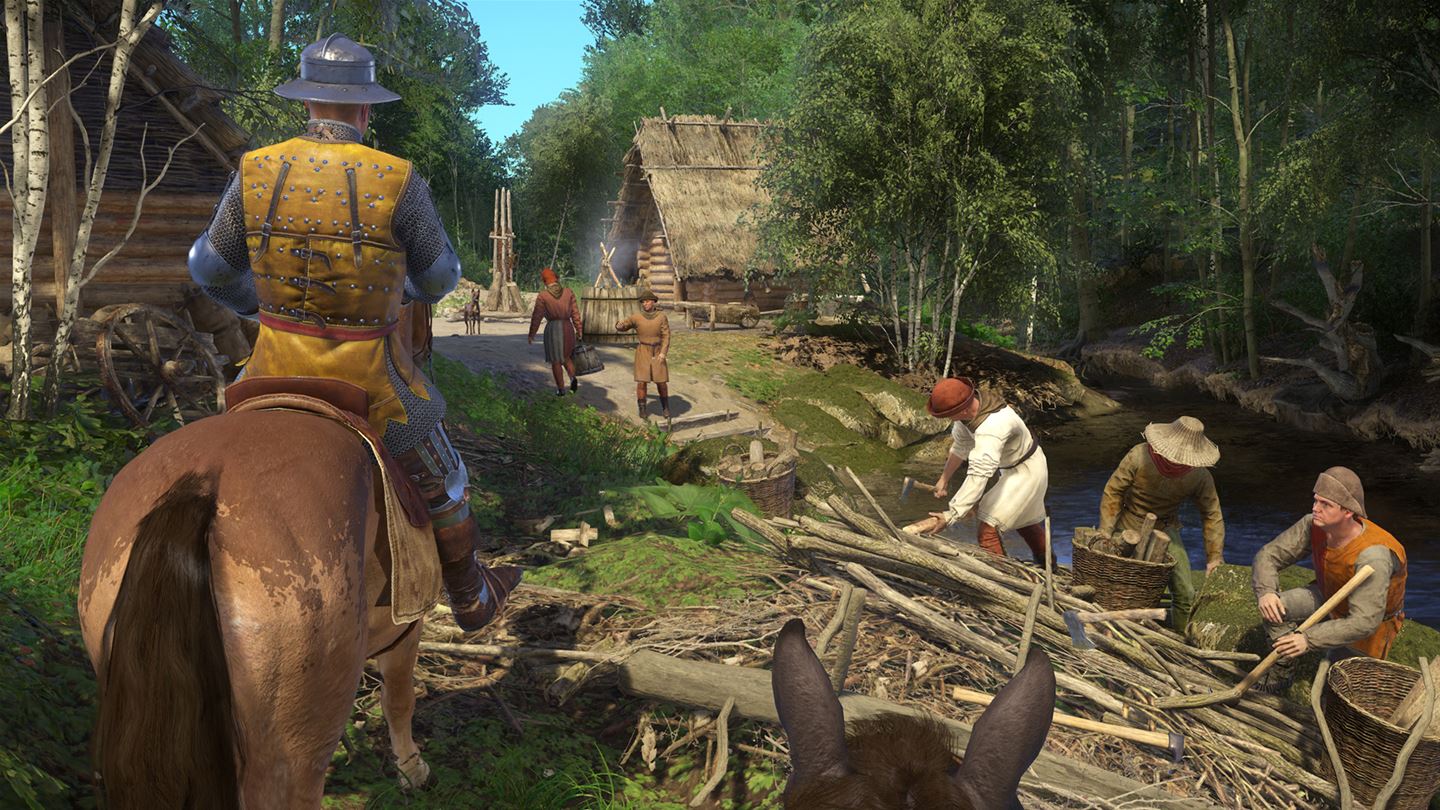 Most of the towns, villages, and landmarks featured in the game are still standing today: Sázava, Talmberk, Úžice, Ledečko, Samopše, Mrchojedy, Rataje nad Sázavou, Neuhof and many other smaller landmarks. Though understandably they look quite different than what they used to in the 15th century.

The unique realistic setting and all this focus on historical accuracy are not for naught as Kingdom Come: Deliverance puts immersion above all. There’s no right way to play the game. You can be a valiant knight in shining armour, as well as a sneaky hunter prone to doing shady work for even shadier characters. The fact that you’re playing with history does not mean you can’t play it your way. Kingdom Come: Deliverance is still first and foremost a deep RPG experience with a focus on storytelling, open-ended quests, and complex mechanics. 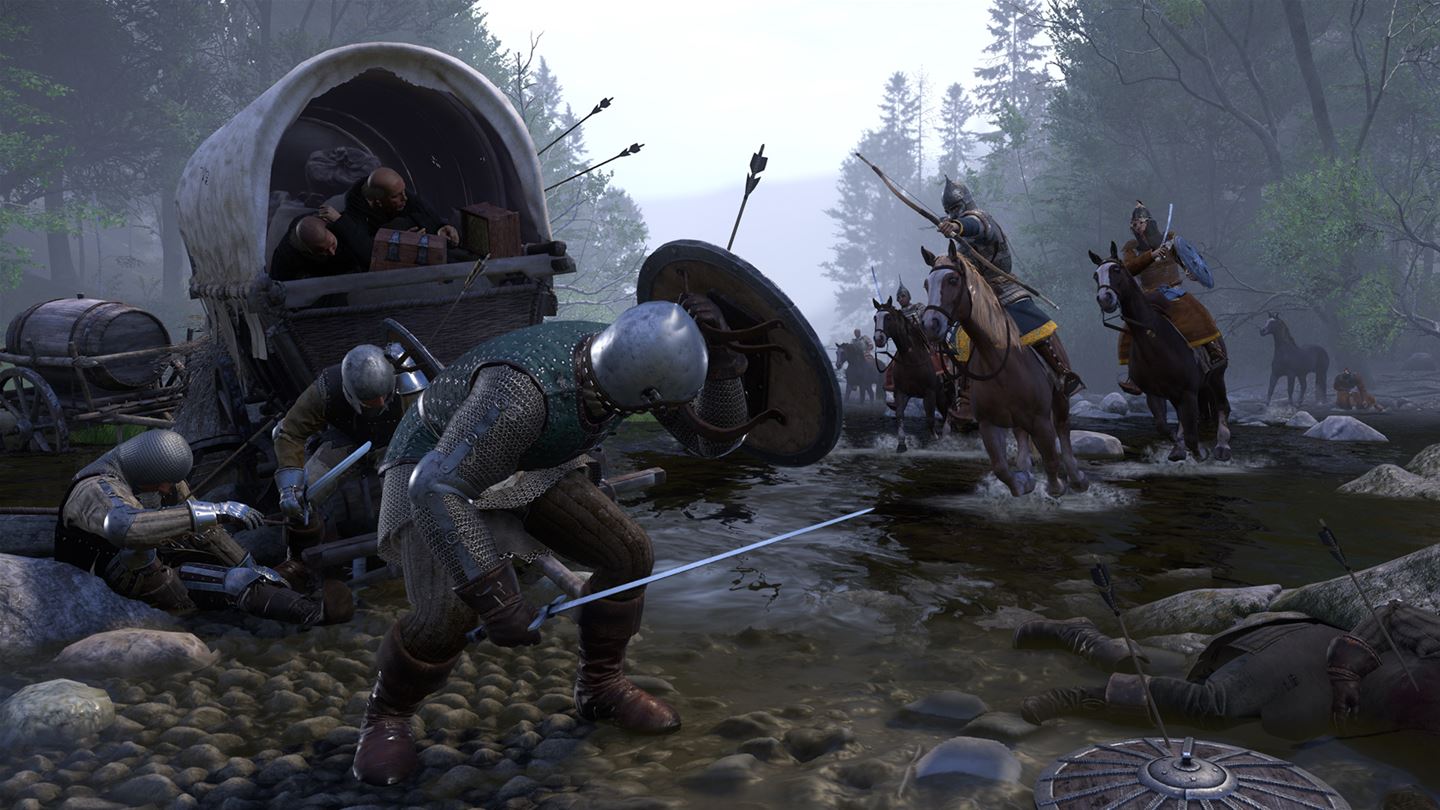 And for those interested in history and are unsatisfied with merely living in virtual medieval Bohemia, Kingdom Come: Deliverance places all its historical research into a massive Codex that you steadily unlock throughout the game. There are well over one hundred Codex topics ranging from relevant historical events to general issues of medieval society and daily life.

Kingdom Come: Deliverance is available February 13 on Xbox One.

Related:
Dragon Ball FighterZ Tips and Tricks
Play and Save with 2K’s All-Stars This Week Only
Next Week on Xbox: New Games for February 12 – 18