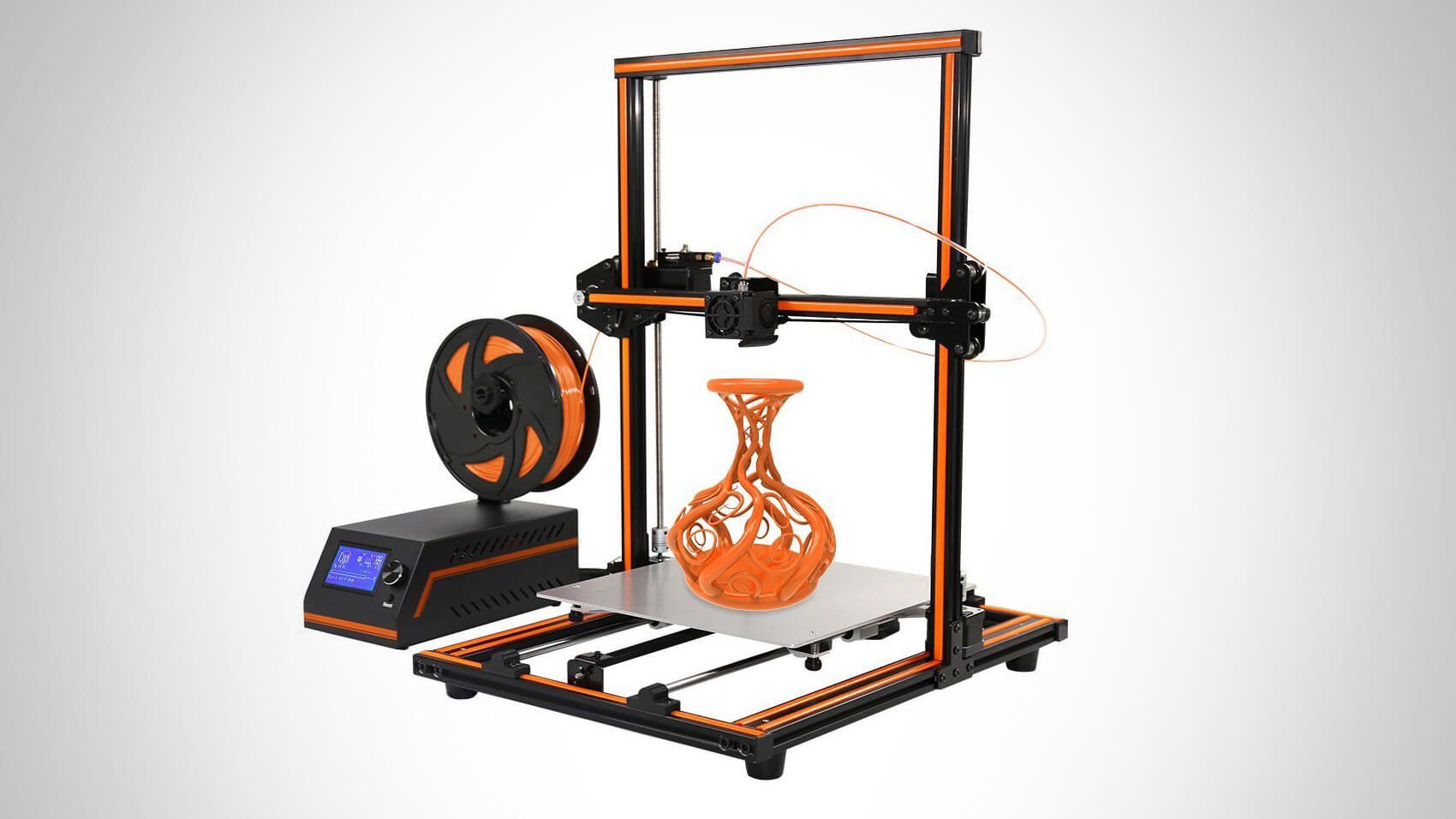 The Anet E12 undercuts the popular CR-10 by approximately $60 depending on where you look. At the time of writing, we found it going for anywhere between USD $319 and $369.

But despite this disparity in pricing the Anet E12 3D printer provides, on paper, largely the same printing capabilities as its CR-10-style stablemates. However, there are key differences that set it apart.

The most prominent thing on the list above, for us, is the adjustable Y-axis belt. We haven’t seen this on an affordable kit printer before and, come to think of it, would be hard pushed to name any higher priced machines that offer it too.

Typically a belt tensioner would be one of the printable modifications you would consider adding to a printer like the Anet E12, but Anet has gone ahead and taken care of it for you.

Not only this, but the Anet E12 features dual stepper motors driving its Z-axis movement. This means two lead screws raising and lowering the printing carriage from both sides in unison. A measure that should lead to greater stability and fewer artifacts along the Z-axis of prints.

Also of particular note on the Anet E12 3D printer but not mentioned above in the specs list is the inclusion of dual rods for the Y-axis carriage to slide along. In other printers, we typically see a single rail which, while adequate, can be prone to instability and be easily knocked off axis — especially so with a heavy and large glass plate for the print bed. The Anet E12’s dual rod arrange spreads the load and should lead to a much sturdier print bed less likely to be knocked and require constant leveling.

In addition, we notice some flavor of Marlin 3D printer firmware running on the Anet E12 control box — which itself sports orange decorative stripes and a mounted spool holder.