Hello PlayStation Blog! I’m Corey Martin, designer, programmer and musician on Bonfire Peaks, a new puzzle game crafted in partnership with Draknek & Friends (creators/publishers of A Monster’s Expedition). I’m excited to share that Bonfire Peaks will be launching September 30th on both PS4 and PS5!

In Bonfire Peaks, you start off at the shore of a mysterious island ruin with a simple set of goals: Climb the ruins, solve puzzles, and repeatedly set your belongings on fire. Here’s our launch trailer to quickly sum it up: 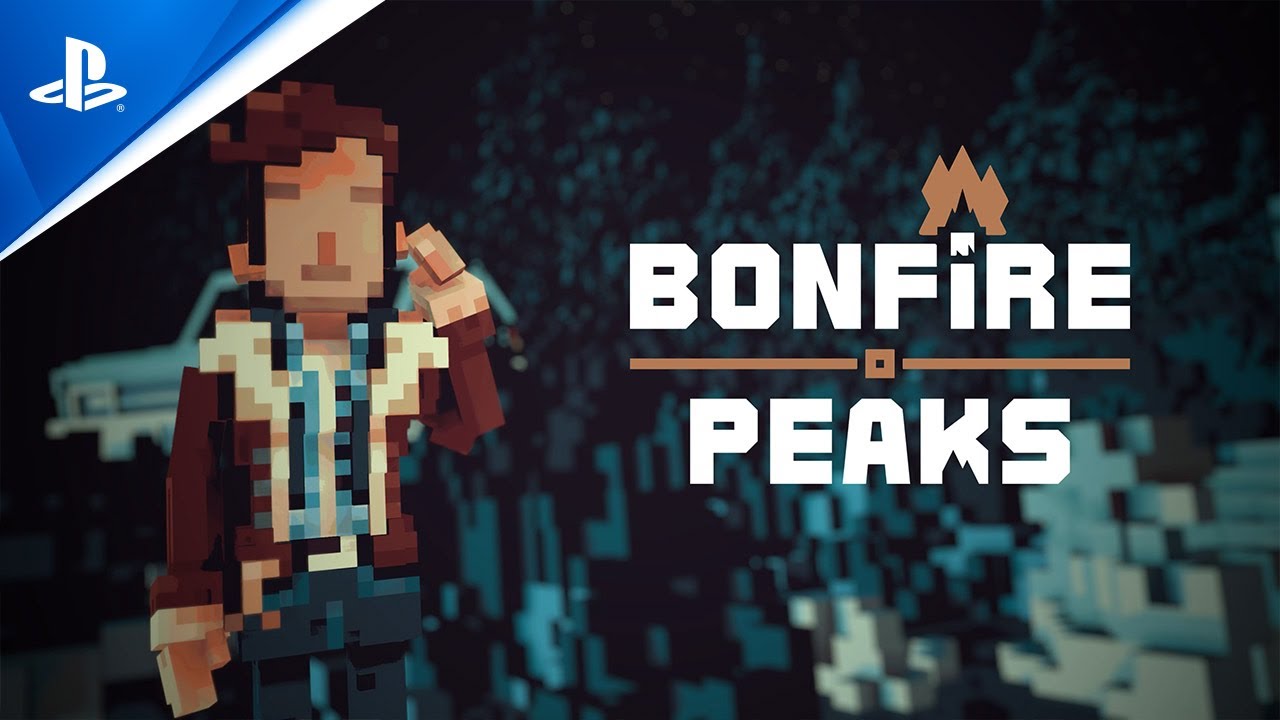 Over 200 handcrafted puzzles are bonded together across that painstakingly designed overworld. Every puzzle presents a distinct idea, either showing you a new mechanic or using a mechanic in a new and unique way. Along your trip, you’ll run into traps and other dangers that lead to surprising, emergent puzzle designs. You don’t gain any power-ups, or grow as a player character; instead, the level geometry and environments reveal possibilities that were there all along.

Have you ever played a game and had your forward progress get blocked by a single puzzle, and it feels like the puzzle is an obstacle between you and the rest of the game? I have and it feels bad. In Bonfire Peaks, the island overworld is structured in such a way that, once you get past the first couple puzzles, there’s always a handful available to you at any given time. If you get stuck on a puzzle, you can always try another and make progress without returning to the first one (unless you want to, of course!).

I started working on Bonfire Peaks in November 2018 as part of a game jam, the theme of which was “sacrifices must be made.” I went into the jam knowing I wanted to make a game about climbing somehow, and the theme then inspired carrying an object for the sake of sacrificing it. Carrying stuff makes climbing harder, so that made a sort of framework for what ended up being a sappy game about nostalgia.

The art style was inspired by a wave of incredible voxel artists (Knos, MadMaraca, Paul Riehle, Dima, among many others) I had been following for a while. Generally when you see voxel art in video games it’s low detail and cute, which is great, but I hope we get to see lots of “mature” cube-y games. There’s such a broad range of moods and styles within pixel art, I feel there’s the same potential in voxel art.

In the nearly 3 years that Bonfire Peaks has been in development, it repeatedly organically grew in scope and ambition as I collaborated with game designer Alan Hazelden (A Monster’s Expedition) as well as the brilliant voxel artists Mari K (aka MadMaraca) and Zach Soares (Moonglow Bay). I’m too close to it now, but I really think we’ve made something special here.

The PS5 version of Bonfire Peaks has one Activity Card for every puzzle level in the game. Attached to every single one is a hint video showing you how to solve the puzzle. Using the Game Help feature, PlayStation Plus subscribers can seek specific help without worrying about spoiling future puzzles or mechanics. You can watch as much or little of the solution as you like before jumping back in and completing it yourself. There’s a lot of joy in the discovery of solutions, so we hope you give each puzzle a fair shot first, but we are absolutely not hint-shamers and don’t believe there’s a right or wrong way to enjoy the game. Game Help is a wonderful accessibility feature that we’re proud to support.

Finally, we’re happy to announce that we’re also launching a Bonfire Peaks Game and Soundtrack Bundle on PlayStation on September 30th, containing the original soundtrack and the PS4 and PS5 versions of the game. The music is equal parts warm, pretty and unsettling, and I think it’s a really big part of what makes Bonfire Peaks special. It’s very directly inspired by some of my favourite composers like Philip Glass and Angelo Badalamenti, as well as great songwriters like Burt Bacharach and Brian Wilson. I really like the mood it sets, and I hope you do too. Soundtrack, game, all of it; I hope you check out Bonfire Peaks and enjoy your time with it.