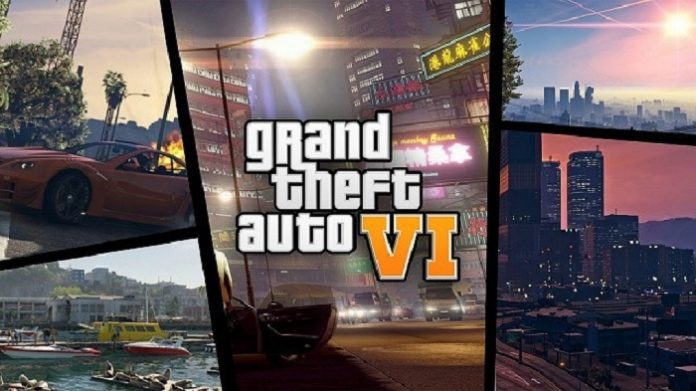 In a post that’s since been deleted on Pastebin, one user dished some details on Rockstar’s much-anticipated GTA 6. It’d be remiss of anyone to claim these are 100% authentic (Rockstar, as per usual, are saying nothing), and so they must be taken with a pinch of salt – but that post deletion is usually a smoking gun in the games industry, if nothing else.

Regardless, anything GTA-related is always going to turn heads and get people talking.

Various sites like Dexerto have taken up the mantle and managed to copy the deleted post before it disappeared. That’s where the following rumours and leaks in this article come from. They deal with GTA’s story, the size of the map, an approximate timescale for release, what the future holds for GTA Online and more.

If rumours are to be believed, this could be the biggest Grand Theft Auto game yet. Plus, the familiar tale of rags-to-riches gangster could be about to follow Red Dead Redemption 2’s lead and present a more serious tone. WhatCulture Gaming’s own think the gritty toils of Arthur Morgan and company will have a big impact on how Rockstar tell their tale.

Right, enough stalling. Here’s what you came for. Those juicy, juicy leaks…

6. It Won’t Be Released On Current-Gen Hardware

If you want to get hands-on with Rockstar’s next helping of GTA, then you’ll need to invest in some new hardware. According to Pastebin’s post, GTA 6 is just too big for the PS4 or Xbox One, but if most in the gaming world were being honest with themselves, nobody was expecting Rockstar to release the next GTA on current systems anyway.

This does mean that, aside from the touched-up GTA 5 release, there hasn’t been a Grand Theft Auto game on current-gen. Not an exclusive one, at least.

The Pastebin user’s exact wording was, “This game cant come out for PS4 because of memory restrictions”. There’s more on why later, but for now just brace yourself to drop some cash on the next series of consoles released by Sony and Microsoft. The PS5 (or whatever Sony end up calling it) is expected somewhere between 2020-2022, with some touting 2020 as being the most likely launch date.

5. Liberty City And Vice City Are The Main Maps

As insane as it sounds, the post noted that your character will begin in Liberty City before “eventually” making their way to Vice City. This means that all the years of speculation were true, and Rockstar are ready to once again bring their pastel-soaked vision of Miami back to life.

For the love of Tommy Vercetti, this is good news. If it’s true.

If it is, then it seems we’ll all be galavanting between major cities in GTA 6. There’s no word on whether or not we’d be able to return to Liberty after fleeing, or if there will be some sort of fast travel mechanic between locations, but it makes sense to believe there would be. After all, it’d be a hellish tease if Rockstar presented inter-state storytelling without back-and-forth travel being available.

Should this rumour ring true and GTA 6 will have more than one major location from past titles, then longtime fans will have to get their grins surgically removed.

4. You’re In The Empire Business

“In the title, which will make you a kind of a drug lord, you will start as a small time guy in Liberty City doing odd chores and small-time thefts then eventually work your way to Vice City where you will join a famous gang. You will be tasked to look after a business in Liberty City until you are brought back to Vice City and soon become the drug lord”.

Again, take this with a pinch of salt, because it’s not exactly hard for someone to whip up a plot synopsis that’s in-keeping with Rockstar’s tried-and-tested story formula. Small-time gangster works his way up the crime ladder until he’s eventually on top. It’s been done before, many, many times.

A familiar tale isn’t out of the question. Almost every Rockstar epic has charted a rise from squalor to splendour, with a few twists and turns thrown in to keep things interesting, and that plot summary could well be bare bones.

If Rockstar flesh it out, then we’re sure it’ll end up being an absorbing narrative.

The word “guy” does hint that the main protagonist is male however. That may grab the attention of anyone wishing Rockstar would introduce a fully-fleshed playable female character and push the series into new waters.

3. San Andreas Could Be There Too?

Dexerto noted in their write up of the Pastebin leak that Rockstar’s history with multiple locations precedes them.

Back in 2004’s San Andreas (which, lest anyone forget, was on the creaky and archaic by comparison to modern systems) PS2, players were allowed to travel between Los Santos, San Fierro and Las Venturas. Those cities were based on real places – namely LA, San Francisco and Las Vegas.

This is something Rockstar may be eager to try again on a larger scale.

If Liberty City and Vice are included, then it makes some logical sense to predict that San Andreas will be too. Having all three beloved GTA locations in the same gamesounds delicious; you can practically envision fans salivating over the thought of going from Liberty’s skyscraper-heaven to Vice’s hedonistic beaches and then bouncing around on San Andreas’ hilly roads.

The Pastebin post leak does talk about a multi-location map, and that’d surely be bigger than two major cities. If this is going to be the largest GTA game of all time, which is probably will be, then we’d wager on at least one more locale to beef it out.

2. There’s A Lot Of Countryside To Explore

Multiple cities means many, many linking roads and mountainous countryside to tie everything together and make traversing from one location to another seamless and enjoyable for players.

“…along with a vast stretch of highways and Blaine County-like countrysides in the middle of it all. There will also be some kind of timed era between the missions with flashbacks”.

That’s a direct quote from the Pastebin leak. Whilst we’re not quite sure what’s meant by, “timed era between the missions with flashbacks” (that could be a typo for all we know), the first part of the paragraph is the most interesting anyway. It claims GTA 6 will have tons and tons of link roads and map to explore between the built-up locations in-game.

The post also claimed that “different shops in different areas” would sell unique items (similar to RDR2’s stores) and that ‘Stranger’ missions would make a comeback. On the latter, that was expected. ‘Strangers & Freaks’ (as they were once known) have become a popular means of providing side missions in Rockstar’s worlds.

GTA Online makes Rockstar wads of cash, and the steady stream of updates on the service has helped prolong 5’s appeal almost six years after the game was first released. That’s astonishing business, and even those who have soured on Online by now must admit that. Given Online’s importance to Rockstar then, it’s no surprise to hear that they’ve got “big plans”.

Those plans include “major content like newer towns” that’ll be drip-fed post-release. Maybe this is where San Andreas will come into things. If it’s not in the main game proper, then it could be implemented as DLC for the popular Online mode that’ll keep hardcore players invested. Or, these “newer towns” could be fresh locations entirely.

According to the Pastebin leak, Rockstar are also keen on “working closely with Microsoft and Sony on cloud gaming which will help them enable Online to be a continuous process”. This is exciting for anyone who wants an enhanced experience that’s ‘always on’.

Fingers crossed they don’t focus too much on Online though. GTA’s single-player campaign comes first.