Go Underground in a New Season of Warface: Breakout | Blogdot.tv

Are you ready to go Underground? The second season of Warface: Breakout is here, with this free content update taking you through the war-torn city streets of a new map. There’s also a host of new features, customization options, and rewards to discover along the way.

The Slum District is the latest map to join the roster in Warface: Breakout. This gloomy, war-torn urban environment allows you to experiment with different combat styles, with areas suited to mid- and long-range engagements, sniper attacks, and close-quarters firefights.

Players looking for a real challenge are in luck, with a new progression system, elite challenges, and seasonal leaderboards upping the ante for competitive warfare! The new 3D-ping mechanic will also galvanize teamplay, giving you more and better ways to communicate mid-battle by marking positions on the map that are only visible to your team.

Looking to stand out in combat? Weapon-specific assignments will reward you with weapon stripes (tiered from bronze to gold), and even exclusive, shiny gold weapon skins. There are now even more ways to customize your characters in Warface: Breakout. Strike a victory pose, deploy a bomb skin, and decorate your arsenal with brand-new weapon stickers.

The Underground Cosmetic Pack, now available from the Microsoft Store, also includes a range of premium content exclusively available throughout this season. Suit up with the legendary ‘Consigliere’ (Reaper) and ‘Free Rider’ (Warden) character skins, equip the epic ‘Burst’ (AUG A3 Hbar) and ‘Gambler’ (PKP Pecheneg) weapon skins, and wield the Anod knife. This gear is purely cosmetic, so while it won’t give you the edge in combat, you’ll definitely look good out there!

We’re always looking to improve Warface: Breakout, so you’ll also notice a few recent quality of life changes as you sink your teeth into the latest update. The new movement system ensures players are perfectly in sync, meaning more accurate hit registration and smoother movement. We also upgraded our servers to support a tickrate of 60, which makes all the difference in competitive play!

Make sure you stick around later this year for the upcoming Halloween event in Warface: Breakout! Cross-play support is also set to launch later this year, so you can play with or against your friends no matter which platform they’re on. 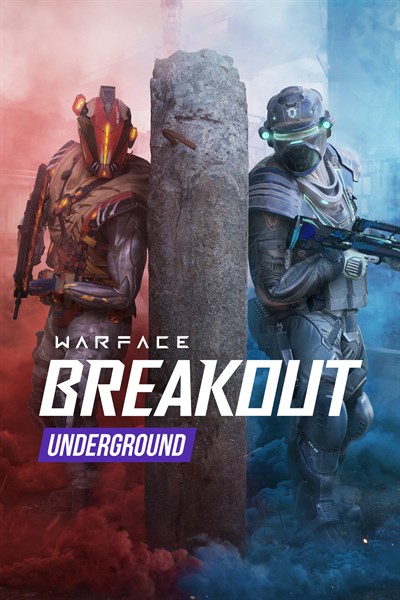 ☆☆☆☆☆673
★★★★★
$19.99
Get it now
Become the ultimate mercenary of tomorrow in Warface: Breakout, a tactical online first-person shooter where tight gunplay and strategic team cooperation define the high-stakes PvP experience. Engage in fierce gunfights, make split-second decisions and master a vast arsenal of weapons to outsmart your opponents and secure victory.