Loki, first introduced in 2012, was one of the earliest gods to join the battleground. After years of love and hate (of a backstabbing nature), this Norse assassin is undergoing a complete overhaul of his kit. Our goal was to remove the frustrations surrounding Loki’s existing abilities while staying true to his class as an assassin. Keeping this in mind, we focused on preserving his stealth, giving his enemies more control in fighting back, and doubling down on his dagger mastery.

One of my favorite updates is the new ability “Agonizing Visions” which replaces “Decoy.” Loki now summons a vision of his tortured past. Enemies in range of the vision will feel the poison themselves, taking damage.  What I love about this ability is that it is strongly connected to Loki’s lore when poison was dripped on his face. All changes made to Loki can be found on the Smite update notes.

To celebrate Loki’s new abilities, we’ve also added a new Loki skin, Stealthed Slayer. For the week of his release, Stealthed Slayer Loki will be free! Earn two First Wins of the Day and you’ll unlock this sharp skin. If you’ve missed out on the limited time event, the skin will still be available for 100 Gems in the Smite store.

Before we sign off, I want to bring up a major addition to our game. October celebrates LGBT History Month. To honor this month and the importance of LGBT history, Smite is adding new LGBTQ+ flag avatars in-game and they’ll be free until the next update. Just earn a First Win of the Day and you’ll unlock six flag avatars (Lesbian, Asexual, Bisexual, Transgender, Pansexual, Non-Binary.) This is just one of many steps we’re taking to make sure that Smite is a welcoming and inclusive space for all gamers.

I’m excited to see all of the hype Loki plays and I hope you enjoy all the additional content in the Trickster God update. See you all in the battleground of the gods! 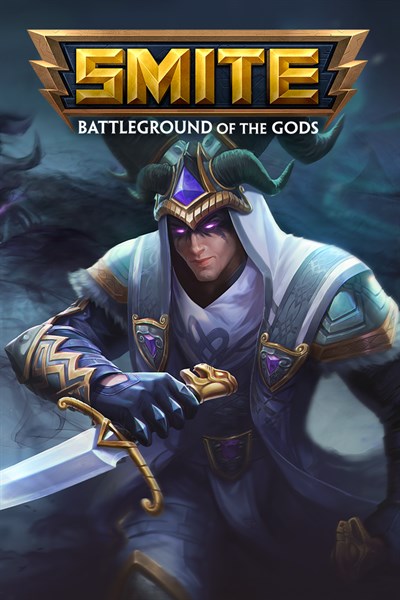 ☆☆☆☆☆ 1273
★★★★★
Get it now
Xbox One X Enhanced
Enter the Battleground of the Gods Join 35+ million players in SMITE, the world’s most popular action multiplayer online battle arena. Become a legend of myth, enter the Battleground of the Gods, and play FREE now! 100+ Gods Unleash each deity’s unique strategies, legendary weapons, and earth-shattering powers. Rain lightning down upon your foes as Zeus, assassinate from the shadows as Loki, or transform and trick your foes as the Monkey King, Sun Wukong. Which God will you choose? Unique Perspective Unlike other MOBAs, SMITE puts you directly onto the battlefield with a third-person action viewpoint. From blind-side ambushes to aimed shots, a new pantheon of strategic possibilities awaits. Become Godlike Never played a battle arena before? Don’t worry. Auto-buy, auto-level, and the deathmatch-like Arena mode let you jump right into divine MOBA action. Aspiring pro? Top the ladders, join a competitive team, and you too could be playing at the SMITE World Championship. © 2012 – 2020 Hi-Rez Studios, Inc. "SMITE", "Battleground of the Gods", "Titan Forge Games", and "Hi-Rez Studios" are trademarks or registered trademarks of Hi-Rez Studios, Inc. in the U.S. and/or other countries. All trademarks and copyright material are property of their respective owners. All rights reserved.

Related:
Go Underground in a New Season of Warface: Breakout
Who is Ichiban Kasuga? Meet the Actor Behind Yakuza’s Newest Hero
We Hack Our Way Through London with Watch Dogs: Legion