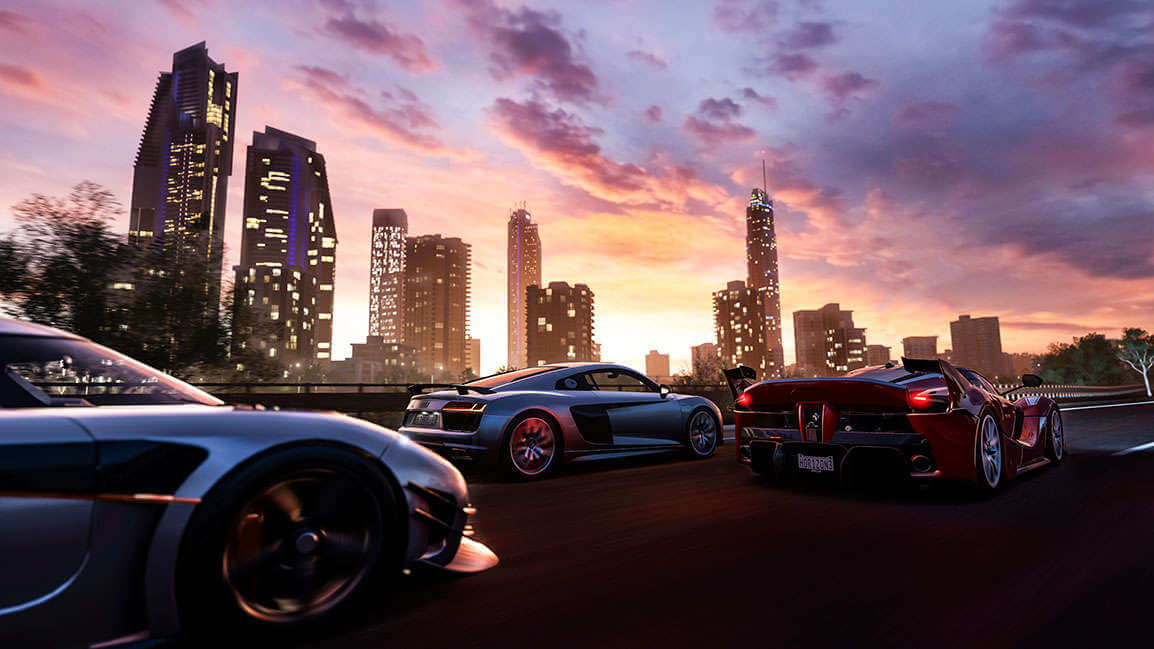 Xbox One X promised to bring even more beautiful graphics to your favorite games, and it’s been delivering. With over 100 titles and counting, Forza Horizon 3‘s update has joined the ranks, and is available now.

Microsoft says the update allows you to play Horizon 3 in “native 4K,” including the Hot Wheels and Blizzard Mountain expansions. The patch contains a bunch of visual enhancements for Xbox One X, from “improved car reflections and shadow resolutions” to “improved texture detail for road and terrain surfaces” and more.

“These enhancements are all about the visuals,” said developer Playground’s creative director, Ralph Fulton. “We know that our fans really value great image quality, so we’ve taken this opportunity to deliver that to them with this update on Xbox One X. On top of the obvious enhancement to native 4K, there are a number of other improvements we’ve made which really take advantage of the added definition 4K brings. Reflections are sharper and clearer, environment shadows are crisper and better defined, the quality of motion blur has been increased to make the driving experience significantly smoother, and better anisotropic filtering improves the detail visible in environment textures, particularly on the roads themselves.

“For me, the biggest improvement is in the combination of 4K and HDR though, especially in Forza Horizon 3’s dynamic time-lapse skies. The sky is such a huge part of nearly every scene in the game that it affects the feel of the game a great deal, and the improvements we’ve made to reflections and shadows really complement it.”

Forza Horizon 3 first released in September 2016, exclusively for Xbox One and PC. Since its initial release, its seen crossover cars from other titles such as Final Fantasy XV, and even an expansion featuring Hot Wheels.

For more on Xbox One X Enhanced updates, check out all the Xbox One X Enhanced games confirmed so far. This master list includes all the games with updates available right now, which ones are coming soon, and which titles have updates in development.

Filed under:
Xbox One
Forza Horizon 3