KOF XV features a whopping 39 fighters, including classic popular characters, resurrected fan favorites, and those crucial to the unfolding events. The KOF series is also known for its heavy-hitting storyline, so you won’t want to miss out on what events happen between characters.

This newest chapter, which began in KOF XIV, features Shun’ei, Kyo Kusanagi from the Orochi Saga, K’ from the Nests Saga, and Ash Crimson from the Ash Saga. This is the first time the heroes from each Saga have come together to fight in the tournament.

The Nests Saga began in the 6th mainline KOF game (KOF ’99) and ended in KOF 2001. K’, a huge fan-favorite and hero from the saga joins KOF XV. For this installment, we’ve kept his core image intact while greatly enhancing his graphics and effects. We’re confident that not just fans, but those new to the series are to love how he plays.

Right now, KOF XV is available to pre-order on the Xbox Store for Xbox Series X|S. What’s more, it comes with a pre-order bonus DLC costume, Garou: MotW Terry. Also, there’s the exclusive digital-only bonus DLC costume Classic Leona for those who buy the digital version. Finally, the Deluxe Edition, which features 2 sets of 3 future DLC characters, also comes with early access for 3 days as a pre-order bonus! We’ll have more to share about King of Fighters XV here on Xbox Wire as we get closer to launch on February 17, 2022. 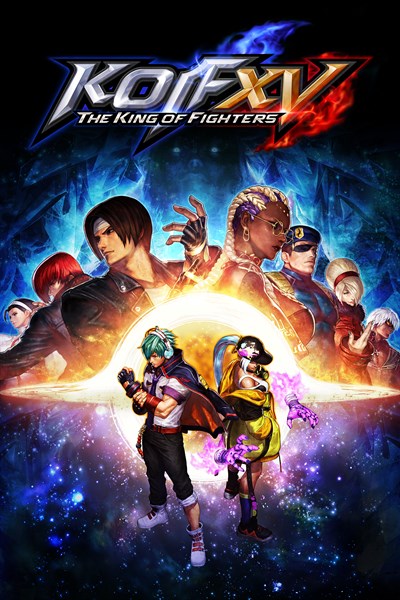 ☆☆☆☆☆ 1
★★★★★
$59.99
Pre-order
*A Deluxe Edition that includes the full game and Team Pass 1 is also available. Please be careful not to make duplicate purchases. [Product Contents]
– "THE KING OF FIGHTERS XV" Base game [Special Bonus]
– Early Purchase Bonus
KOF XV DLC Costume "GAROU: MotW TERRY"
– Digital Edition Exclusive Bonus
KOF XV DLC Costume "CLASSIC LEONA" *Early purchase bonus will be available until March 9, 2022.
*The contents and specifications are subject to change without notice.
*The special bonus may become available as a paid product at a later date. [Game Content]
SHATTER ALL EXPECTATIONS
The new "XV" that transcends everything! Since its debut in 1994, the KOF fighting game series has been driving the world to the excitement with its appealing characters and unique game system. Six years have passed since the last title in the series, and now KOF XV surpasses all of its predecessors in terms of graphics, systems, and online experience! – A total of 39 characters are participating!
Classic popular characters, revived characters, new characters, and more! The most epic dream match in KOF history is about to begin! – KOF's story reaches its climax!
The latest KOF Saga continues from the previous title in Story Mode. This time, the story is coming to an explosive climax! – The culmination of the series' battle system
Inheriting the series' traditional 3-on-3 team battle, KOF XV also features a new system. Enjoy an unprecedented sense of speed and freshness! – Easy and versatile online play
Rollback netcode has been adopted to reduce lag in online matches. There are also a variety of battle options that allow you to choose how you want to play! – KOF is fully packed with content to enjoy
Includes a Gallery with movies and voices, and a new DJ STATION with over 300 popular songs from the KOF series and more.