Experience the day of your life… over and over again with Groundhog Day: Like Father Like Son | Blogdot.tv

We’ve all had those days where nothing goes right and you’d like to have a do-over. In the Viveport new release Groundhog Day: Like Father Like Son, you’ll have your chance and then some. Based on the iconic philosophical comedy, the game places players in the shoes of the son of Bill Murray’s character from the film, stuck in a time loop in the small town of Punxsutawney just like his dad many years ago. We had a chat with the creative minds behind this virtual love letter to a cinematic masterpiece to find out how they closed the loop on this hilarious and brain-bending experience.

For those unfamiliar, tell us a bit about yourself and the team at Tequila Works 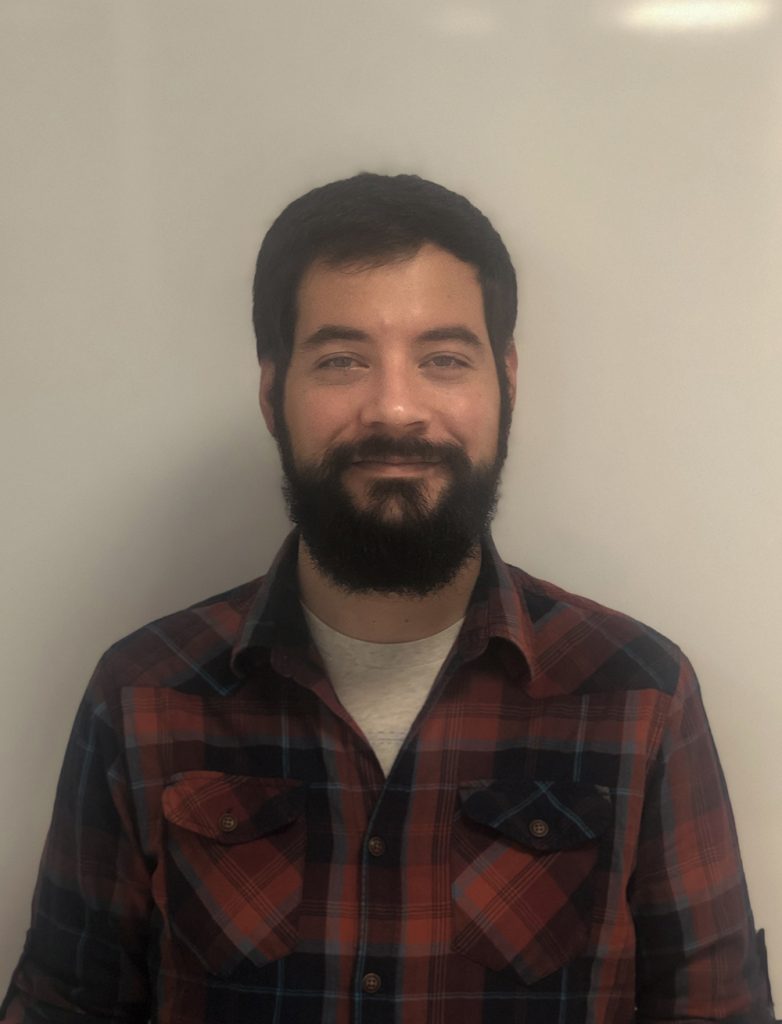 It started as a  conversation between Jake Zim at Sony Pictures Virtual Reality and Ethan Stearns at MWM Interactive, when they were looking for a Sony IP that would work well as a VR game. We thought this was an exciting opportunity to take a known IP and do something surprising with it.

Tequila Works has a really amazing portfolio of critically acclaimed games – both traditional and VR – in a variety of genres. Tell us a bit about what inspires your team to explore new concepts in untapped genres, and what are the key elements you feel are essential to making engaging games?

Tequila Works’ motto is “Creating with Gusto”. We always ask ourselves where is the beauty and where is the crazy and we always keep an artistic vision of our projects. We give everybody in the team the opportunity to add their own ideas, no matter if you are a senior member of the team or an intern, an artist or QA, or coder… the way we work is very dynamic, very open, and we always try to innovate. With Groundhog Day: Like Father Like Son, we aimed to achieve just the right mix mix of narrative and gameplay, and we push for a natural life-like logic to the scenes. The Invisible Hours was creating a new way of telling stories with Spherical Narrative, to recreate the voyeuristic feeling in VR. I think there is something interesting and unique in all our games that makes them special. 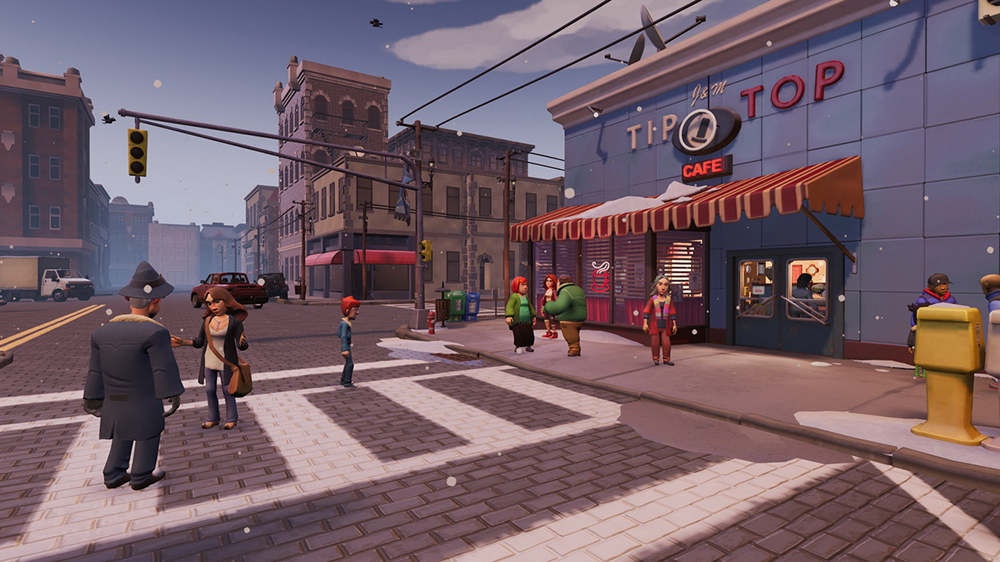 Groundhog Day is a modern dramedy classic – what kind of research did you and the team do to prepare to bring the darkly hilarious and philosophical time loop story to VR?

First I re-watched the original Groundhog Day, as well as other similar time loop movies like Naked, Happy Death Day, or Edge of Tomorrow. This made me appreciate the original Groundhog Day even more. Of course I’ve watched it many times growing up, but as a child never really got to understand the deep meaning of the movie. Making this game made me appreciate the movie much more and admire its perfect execution of the existential comedy. I also watched a few interviews with Harold Ramis talking about the movie. I also read The Tao of Bill Murray by Gavin Edwards. For the gameplay our references were pretty clear. We played games like Rick and Morty: Virtual Rick-ality. Job Simulator or Batman Arkham VR. We also did a bunch of research on different dialog system approaches.

Were there any development challenges that you ran into that you didn’t expect?

Like in every project we found some technical challenges and things that were much harder to implement than expected. We developed a tool to set up all the dialog branching on the game and direct the characters along the different scenes. We wanted the scenes to be choreographed to match a specific set of events but at the same time be reactive to the players actions at anytime. Creating this was probably the biggest challenge of the project.

The original film did a pretty amazing job coming up with justifications for why Phil was unable to escape the confines of Punxsutawney, Pennsylvania throughout the time loop. How difficult was it from a design standpoint to keep players boxed into their snowy cosmic prison?

Many people already have a sense of the story from seeing the original film, and we’ve played that to our advantage. They know they can’t leave the town, so we didn’t have to make a big effort to justify it.There is a dialog with a simple, short explanation. And this way we could focus more on things that you do in Punxsutawney, instead of trying to leave it. 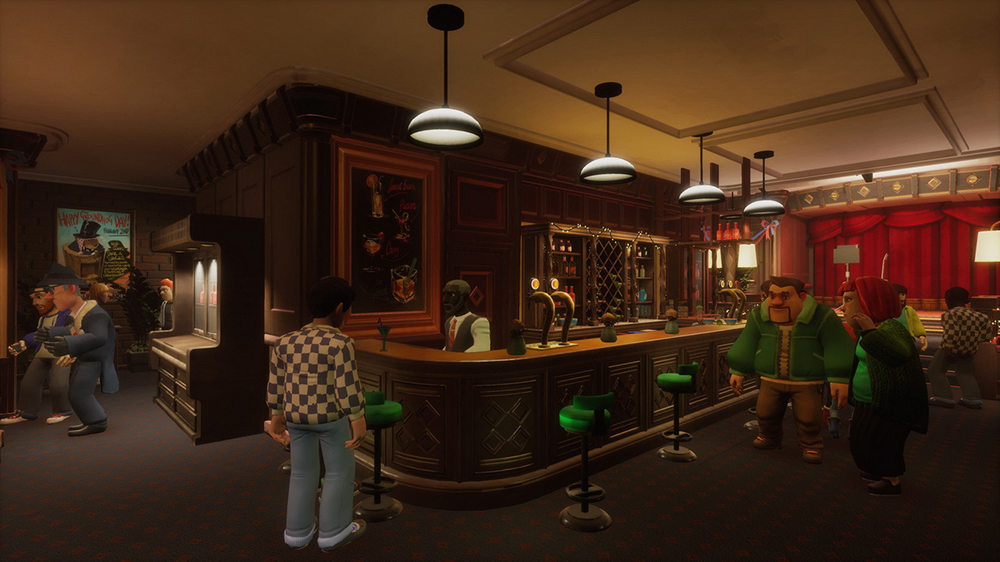 Outside of the original film, what have been your biggest influences on the design and themes of Groundhog Day: Like Father Like Son?

In the game, we wanted to talk about subjects that were of course related to the original film, like becoming selfless, letting go of ego and being a better person. The structure works in a similar way, but something that differs is that in the movie the main motivation for Phil Connors, besides leaving the loop, was the love interest, Rita. In the game we focus more on the ideas of family, friendship, parenthood, and making peace with your past to be able to embrace your future. Other aspects like the humor and language are a bit updated and edgy, some elements enter more on the sci-fi and meta and you can feel the Rick and Morty influence, as James Siciliano, who worked on Rick and Morty, is one of the writers.

We were very lucky to work with such passionate and talented people like Ethan Stearns at MWMi and Jake Zim at SPVR. They gave us a lot of creative freedom and helped maintain the vision for the project. I loved discussing the story and design ideas with them and their feedback was really helpful. 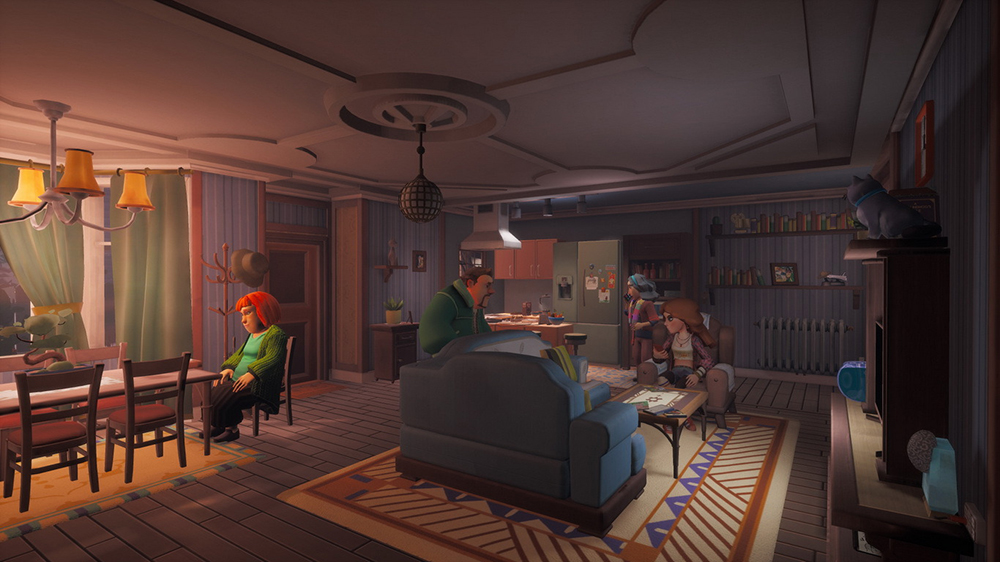 Were there any story moments, puzzle concepts or other cool ideas that you had that you wanted to incorporate into the game but had to leave it on the cutting room floor?

Of course, too many to list here and too many to fit into the game itself — we had to make choices because you just can’t do it all. Some were interesting ideas in theory that weren’t that great once we started designing them. Like the learning to fix the espresso machine puzzle, originally it was going to be a puzzle about learning Italian. But once we realized all the implications that it had we changed it to learning espresso machine engineering. And some evolved into something different, better. Like the flashbacks: first they were going to be full playable scenes, each one with an interactive element to play with while talking to the main character’s father, Phil Connors Sr., one with a model train, one with a kite, etc. But we realized that we really wanted the player to focus only on the story, and any interactive element was going to work against that. So we thought about this concept of memories and the act of remembering, like putting pieces back together in Phil’s mind, and once you do it, you listen to the dialog in this mystical scenario. 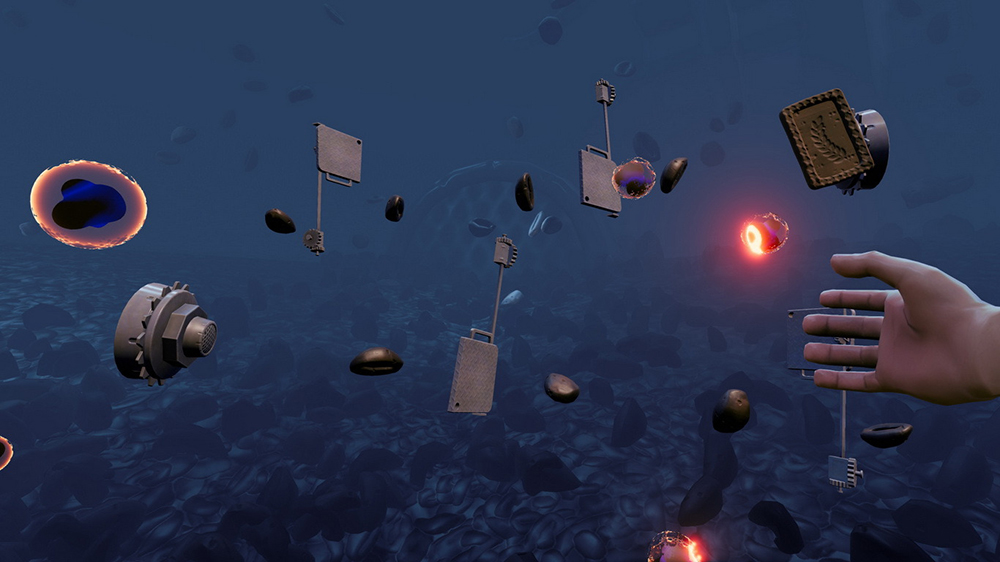 How long did Groundhog Day: Like Father Like Son take to develop and how did all the production partners collaborate to get this done?

It took 18 months to develop. Tequila Works is based in Madrid, Spain, and from there we had constant communication with our partners at MWMi and SPVR in LA during the whole process. Our partners led some important aspects of the production, like the writing, casting, voice recording and localization.

As innovators in creating engaging and challenging interactive narrative content, what changes/improvements do you want to see in the future for VR?

To me the biggest challenge for VR in terms of hardware is finding the balance between affordable, comfortable and visual quality. And if I had to choose one of those three pillars, I will say comfortable is the most important one. As a VR developer I spend a lot of time taking the headset on and off, there are often wires everywhere, dry eyes, the weight on my face, sweat, the table occluding the tracking, etc.Whatever makes all of that easier and makes more people discover and enjoy VR is what I want for the future of VR. 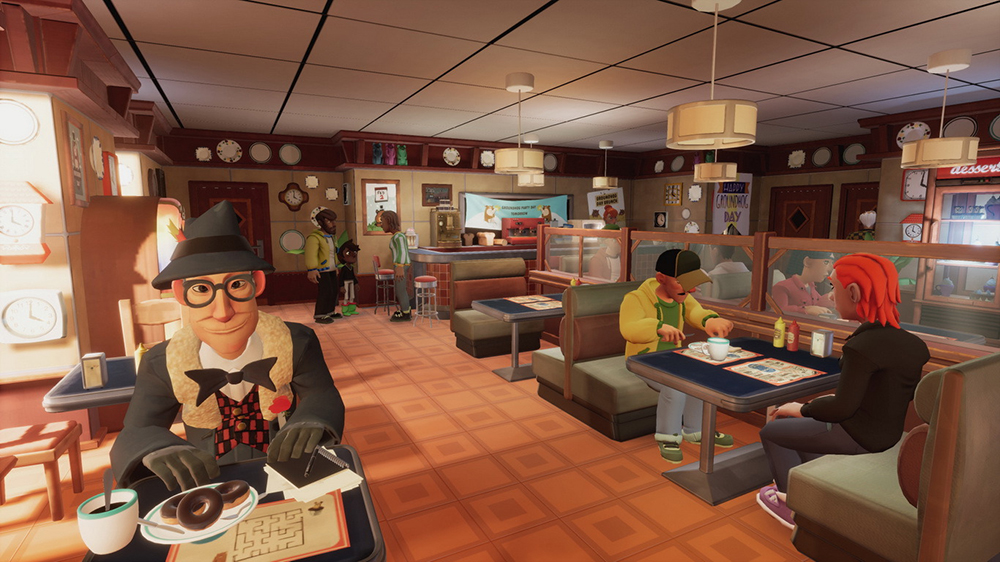 What’s next for Tequila Works?

For now I am really looking forward to watch people enjoy Groundhog Day: Like Father Like Son. But I can tell that our future is going to be full of adventures.

Great to hear! Thanks for taking time to speak with us.

Take your own loopy trip to Punxsutawney with Groundhog Day: Like Father Like Son – out now on Viveport.

Once you close the loop, chat about your experiences with other Viveporters on our Community Forums!