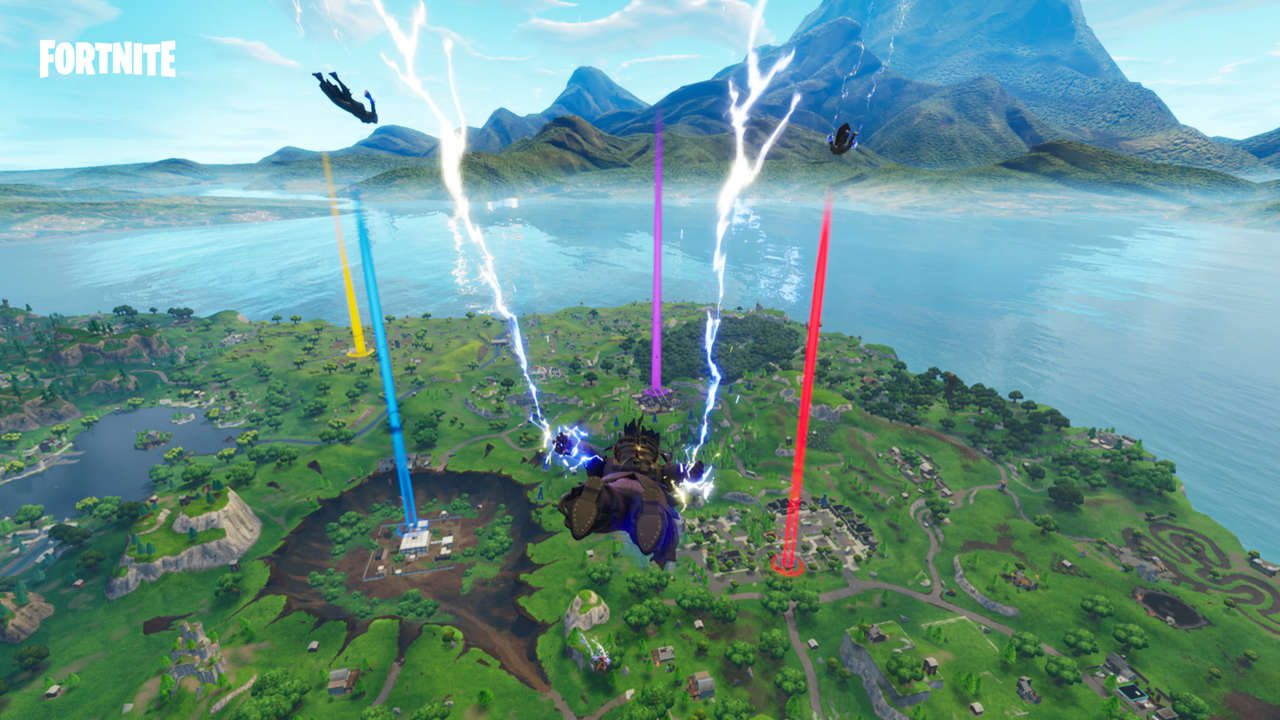 Update 5: Playground mode will not launch in Fortnite this week after all. Epic announced that it now won’t launch until next week, with additional details to be shared on Monday, July 2. In a tweet, it said, “We’re still unable to resolve issues preventing the launch of the Playground LTM. We are holding the release until next week to continue hammering away this weekend. We’re sorry we haven’t been able to get you in the LTM, and we know waiting is the worst.”

Update 4: Fortnite‘s Playground mode is still unavailable a day after it was set to return. Epic says progress is being made but it’s trying to avoid rushing into pushing it up. “We’re continuing testing on our matchmaking improvements and are still aiming to open the Playground LTM as soon as we’re confident in our improvements,” it said on Reddit. “Once we have confirmed that our testing was successful we will begin gradually rolling servers out to all regions and platforms until it’s available to all players.”

Subsequently, Epic said on Twitter that it’s “continuing to test improvements that are needed to enable the Playground LTM.” We haven’t gotten any further word on where things stand with Playground, but the other new limited-time mode added alongside this update–Final Fight Teams of 12–has been removed in response to player feedback. In its place, 50v50 has returned to the game with some changes. And with all of this happening, Epic is teasing that the mysterious rocket could launch on Saturday.

Update 3: The latest news from Epic doesn’t change the expected return of Fortnite’s Playground mode, but it also doesn’t sound as if its release is imminent. An update to the same Reddit post states: “We’re continuing to test improvements made to our matchmaking services for the Playground LTM. We want to get you out there and let you unleash your creativity but also want to ensure a positive experience once we enable this game mode again. We’ll give you more updates and a timeline as soon as we have one.” Whether the mode does end up coming back online today remains to be seen.

Update 2: Epic has provided another update on the status of Fortnite: Battle Royale’s new Playground mode. In another Reddit post, it stated, “Yesterday we launched the Playground LTM. So many of you rushed in to create and play that our matchmaking service fell over. We’ve since separated the Playground matchmaker from the one that affects the default modes and made large improvements to assist with the number of players. We plan to push these changes and improvements live later today to bring the Playground LTM back online. We’ll give you more updates and a timeline as soon as we have one.”

We’ll report back as more details are shared, but that means we can expect to get into Playground mode today, June 28, presumably during US time. For now, you can check out the new Week 9 challenges that are now live.

Update: Following its launch, Playground mode remains unavailable in Fortnite. The launch of the 4.5 update saw some serious technical issues plague Battle Royale, preventing matchmaking from working across all modes for a period of time. Those have since been resolved, but Epic quickly removed Playground from the rotation and has yet to say exactly when it will be back.

The company’s latest statement came on Wednesday evening US time. In a post on the Fortnite Reddit, it said, “We know you want to get back out to the Playground LTM. We’ve got multiple teams working to get this mode back into your hands so you can let your imaginations run wild. We want to inform you that the Playground LTM will remain closed for repairs for the night. We’ll have more information available [Thursday].” We’ll report back with any details about when Playground will come back. The original story follows.

Fortnite’s latest update, v4.5, is now available on all platforms. On top of introducing a new weapon and other features to both Battle Royale and Save the World, it marks the start of the game’s latest limited-time mode, Playground–although as of this writing, the mode has been temporarily taken offline.

Unlike previous limited-time modes, Playground is intended to be a “low-pressure environment” that acts much like a private server. It allows players to explore the map, devise strategies, and play around freely with up to three friends without the risk of being eliminated by other players.

Each round in Playground lasts for one hour, and the storm circle won’t begin closing in on the map until 55 minutes into the match. Friendly fire is enabled, although players will respawn immediately unless eliminated by the storm. There’s also considerably more loot to find. 100 Llamas will spawn across the map, and players will receive 10 times the normal amount of any resources gathered during the match.

Playground isn’t the only limited-time mode available in Fortnite this week. Final Fight Teams of 12 is also now underway in Battle Royale. This mode unfolds like a standard game of Battle Royale; however, the storm circles stop closing partway through a match. Once the circles have finished closing, a Final Countdown timer will begin, with the remaining teams competing to have the most surviving players when the time expires.

Epic hasn’t announced an end date for either Playground or Final Fight Teams of 12. Fortnite’s limited-time modes are typically only available for about a week, although it remains to be seen if Playground will remain in the rotation a little longer than usual to make up for its downtime. You can read more details about each mode–courtesy of the patch notes on the official Fortnite website–below.

Epic still hasn’t provided a time table for when Playground mode will be enabled again. The mode was taken offline due to a matchmaking issue that cropped up following the rollout of update 4.5. That issue has since been resolved, but Epic says it is “continuing work” to bring Playground back online. The developer will provide further updates on Fortnite’s status website.

Playground is a low-pressure environment where friends can let their creativity run wild. Build massive structures. Practice with the weapons and items. Fight against your friends. Have fun!

Make it to the final circle and then fight for the Victory Royale!